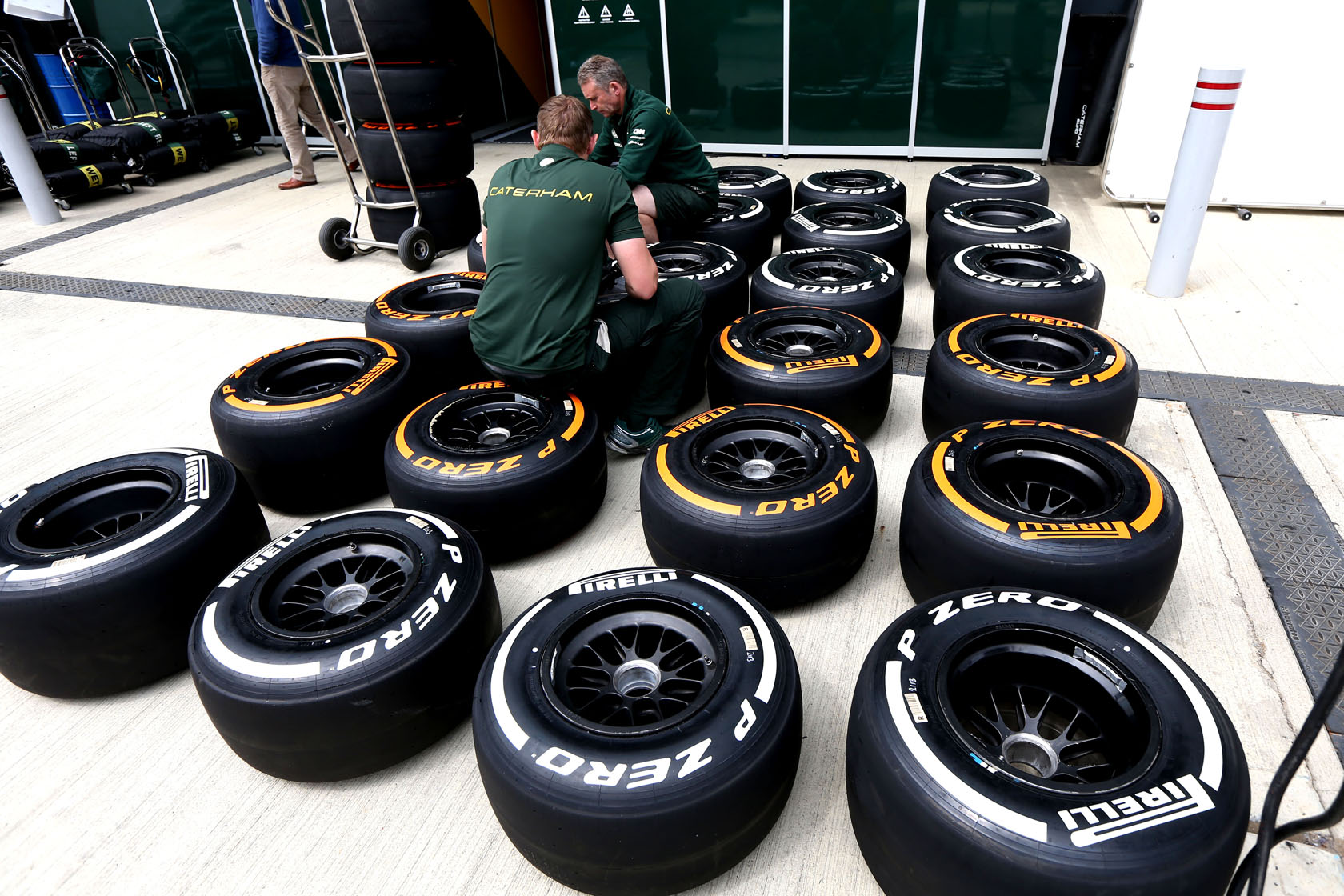 In the round-up: Ferrari, Lotus and Force India, who previously blocked Pirelli’s efforts to introduce Kevlar-belted tyres following the delaminations seen earlier in the season, are prepared to drop their objections.

Eric Boullier: “We need to work with Pirelli and find solutions. Maybe Pirelli need to change the belt from metallic to Kevlar, and we would support this. Safety is the primary concern.”

“I spoke to [FIA president] Jean Todt over the weekend and he has said ‘Let them test’. So he has allowed them to run two three-day tests between now and… well, when they want, to try and do something for next year, as well as this year, so that’s exactly what’s going to happen.”

“The best thing Whitmarsh can do is go and hide. Silverstone was another terrible race for McLaren and it’s in their interests to get the rest of the season cancelled so they stop embarrassing themselves.”

“Swiss investment bank UBS has been appointed by the organisers of the planned New York Grand Prix in a bid to secure $100m (?È?˙65.7m) of funding to enable the race to go ahead in 2014.”

Force India hope to keep McLaren behind them (Reuters)

Vijay Mallya: “If we keep scoring points and they don’t come up with something dramatic like a race win, we should be able to keep our nose ahead of them.”

“An Italian prosecutor has asked for two years imprisonment for businessman Marco Tronchetti Provera in a case involving the alleged use of Telecom Italia data to snoop on Italy’s elite.”

Wow crazy race yesterday. Great to run towards the front for most of it. Would have loved a result better than 8th but showed good signs

I am very happy to announce that I will be driving my @Marussia_F1Team car up the hill @fosgoodwood on Friday 12th & 14th! Great event

If F1 is becoming too artificial, it may be because fans are demanding it, argues @Dragoll:

I?Û‘Èº‘‰Ûm getting concerned in the direction F1 is taking. It is clearly going for “entertainment value”, however, when does the sport turn from a serious sport into something akin to WWE, where everything is staged for entertainment value?

Take the tyre delaminations aside for a moment, and I know I?Û‘Èº‘‰Ûm asking a lot, because in their own right they deserve a full investigation. However, the more I read on these forums, the more I?Û‘Èº‘‰Ûm starting to see that people want all races to come down to last ten laps, and for twp or more drivers to have a chance at the victory.

My concern is, that I believe that sport is designed to show who is the best in their field, in F1, that has traditionally been the one with the best driver, engine, tyre, personnel, and development package, the fact that Schumacher, Ferrari, Bridgestone and Brawn were so dominant in the early 2000?Û‘Èº??s, well isn?Û‘Èº‘‰Ût that deserved, through their sheer determination, whether you like them or not? Or the fact that Vettel, Newey, Red Bull are now so successful, isn?Û‘Èº‘‰Ût that worthy of praise?

Instead I read multiple posts about how ‘finger boy’ has done this, or done that… Then Rate the Race we saw yesterday as a nine or ten because after a safety car period in the last ten laps we had two guys going at it at the end, and why can?Û‘Èº‘‰Ût there be more of this?

Think about the core of what sport is about, it is sometime unpredictable, but it cannot always be unpredictable or that would in itself become predictable. There is nothing more boring in my eyes than watching NASCAR at Talledega, where they basically try and stay in the top ten so that at the end, they have a chance of winning from five deep… It just doesn?Û‘Èº‘‰Ût sit right with me.
@Dragoll

Juan Pablo Montoya bade farewell to Formula One after tangling with team mate Kimi Raikkonen and causing a pile-up on the first lap of the 2006 United States Grand Prix:

66 comments on “Ferrari, Lotus and Force India to back down over tyres”