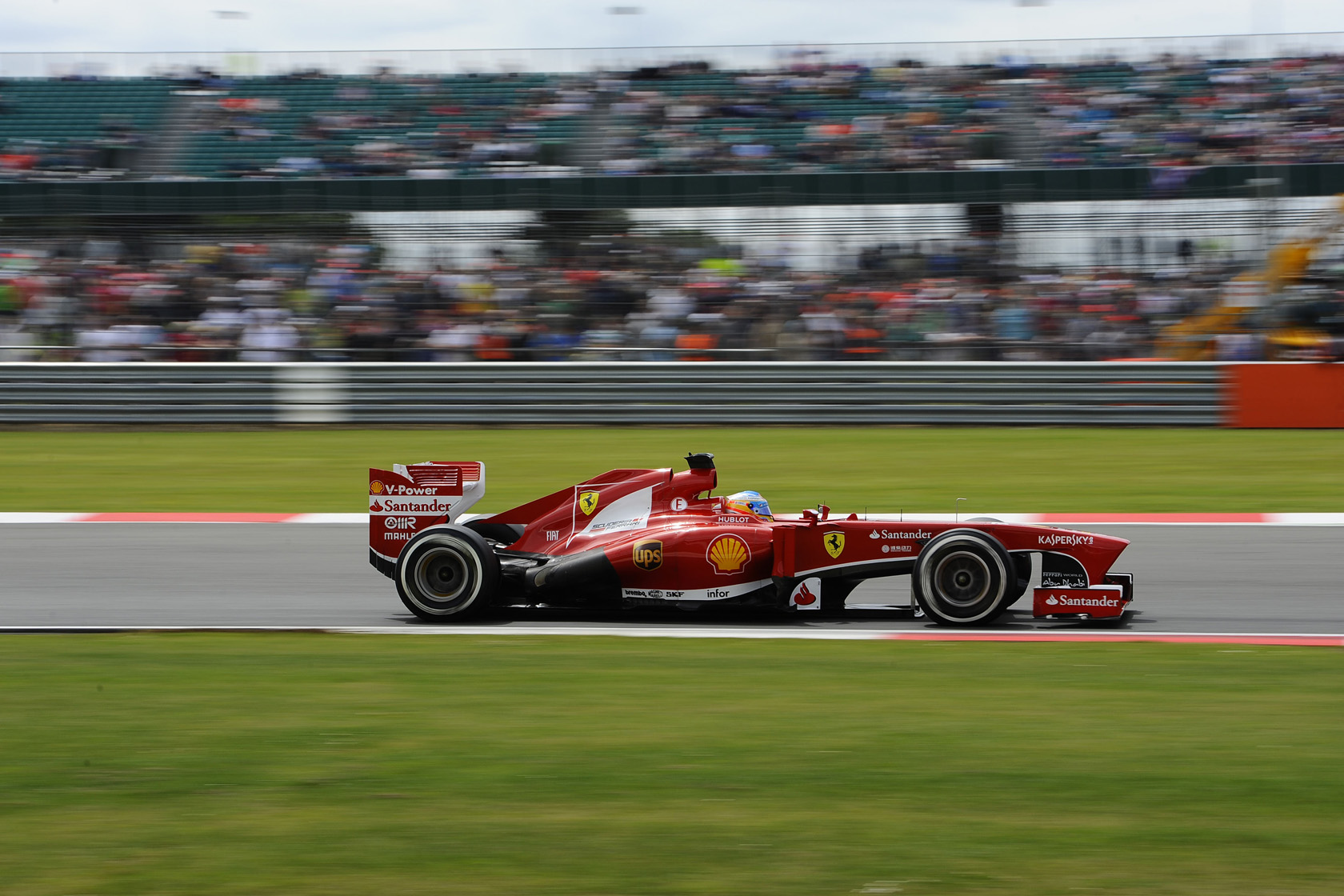 Fernando Alonso said he could have been badly hurt by Sergio Perez’s tyre failure during the British Grand Prix.

Perez’s left-rear tyre exploded as Alonso was pulling out to pass the McLaren. Fortunately none of the large parts of debris hit Alonso’s crash helmet of his car.

He described the moment he saw the tyre blow in front of him: “Well it was a dangerous situation, no doubt.”

“I think if you watch on TV, that moment I didn’t think anything special I just trying to overtake people. Six laps to the end, so just concentrating on performance.

“Obviously I committed to overtake Sergio on the right, and it was lucky because if I choose the left maybe everything will hit my helmet. There are pieces of steel coming at 300kph so it would be like a bullet, or a knife, so will enter in the helmet and go in the outside of the helmet. So it’s not nice.

“But we need to wait and see. Pirelli made some changes so we trust them. We think that they solve the problem because they probably know how to do it. And wait and see what we can have here.

Alonso said the most important thing for this weekend is that the tyres are safe, regardless of the effect on the performance of the cars: “I think performance today is the second priority. What we need to have is a tyre that will last the race, don?óÔéĽÔäót put in danger anyone and you arrive home Sunday night.”

30 comments on “Alonso: Perez tyre failure could have injured me”