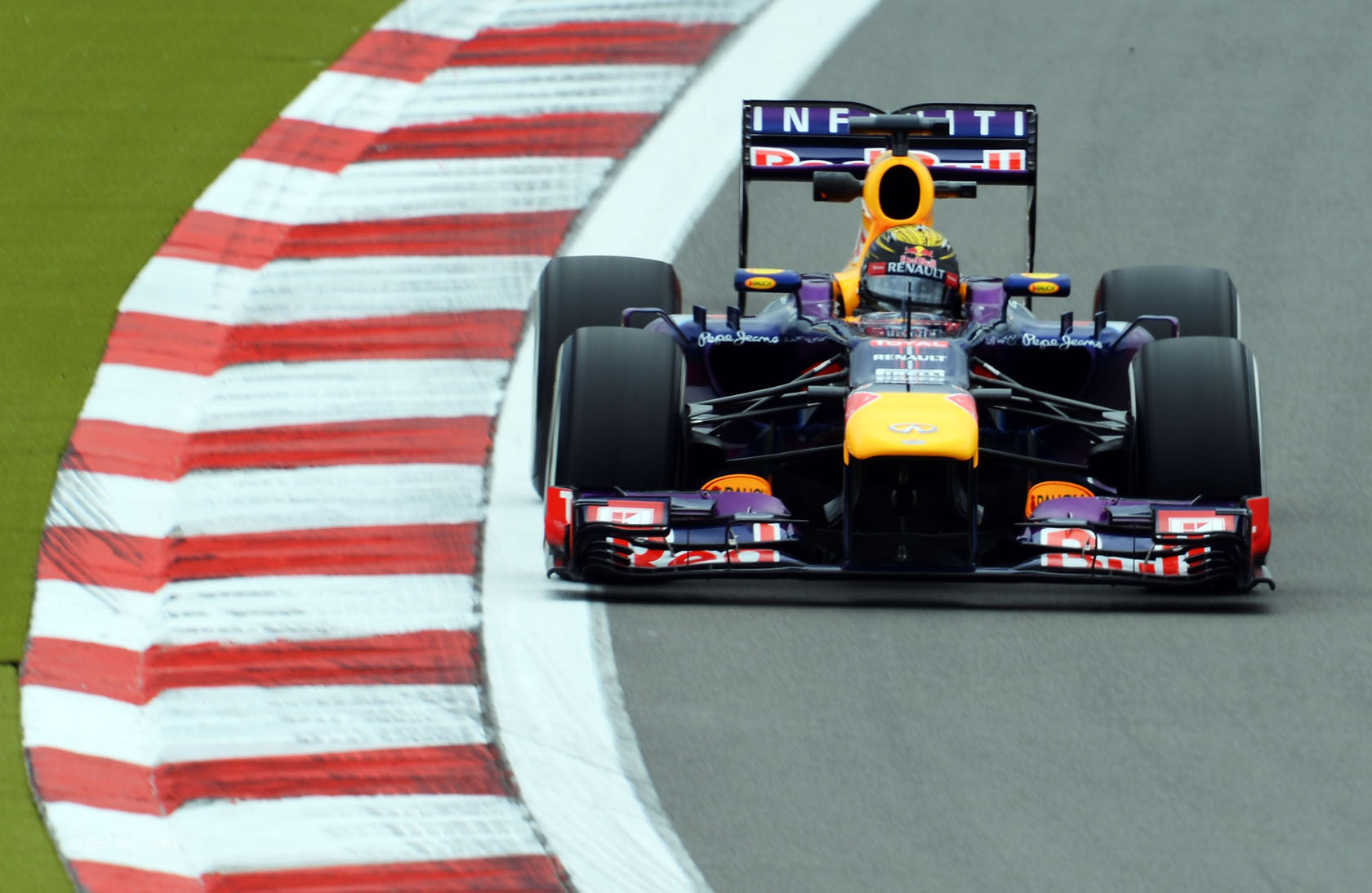 Sebastian Vettel put Red Bull on top in the second practice session at the Nurburgring.

Having been over a second behind the silvers cars in first practice, Vettel set a 1’30.416 to lead them by two-tenths. Nico Rosberg was second, making it a one-two for German drivers at their home track.

Mark Webber was third and ran a long stint on medium tyres at the end as the drivers evaluated the tyres for race stints.

Behind them were two closely-matched pairs of team mates. Romain Grosjean led the Lotus drivers, the pair separated by a mere five thousandths of a second.

The margin between the Ferrari drivers was even finer. Having failed to set a time in the morning session Fernando Alonso was back on track in the second but couldn’t break into the 1’30s. Felipe Massa was just three-thousandths of a second slower.

Lewis Hamilton, Jenson Button and Paul di Resta completed the top ten. Adrian Sutil was 11th after going off at the last corner.

As in the first session the 90 minutes passed without incident and without any of the feared punctures.