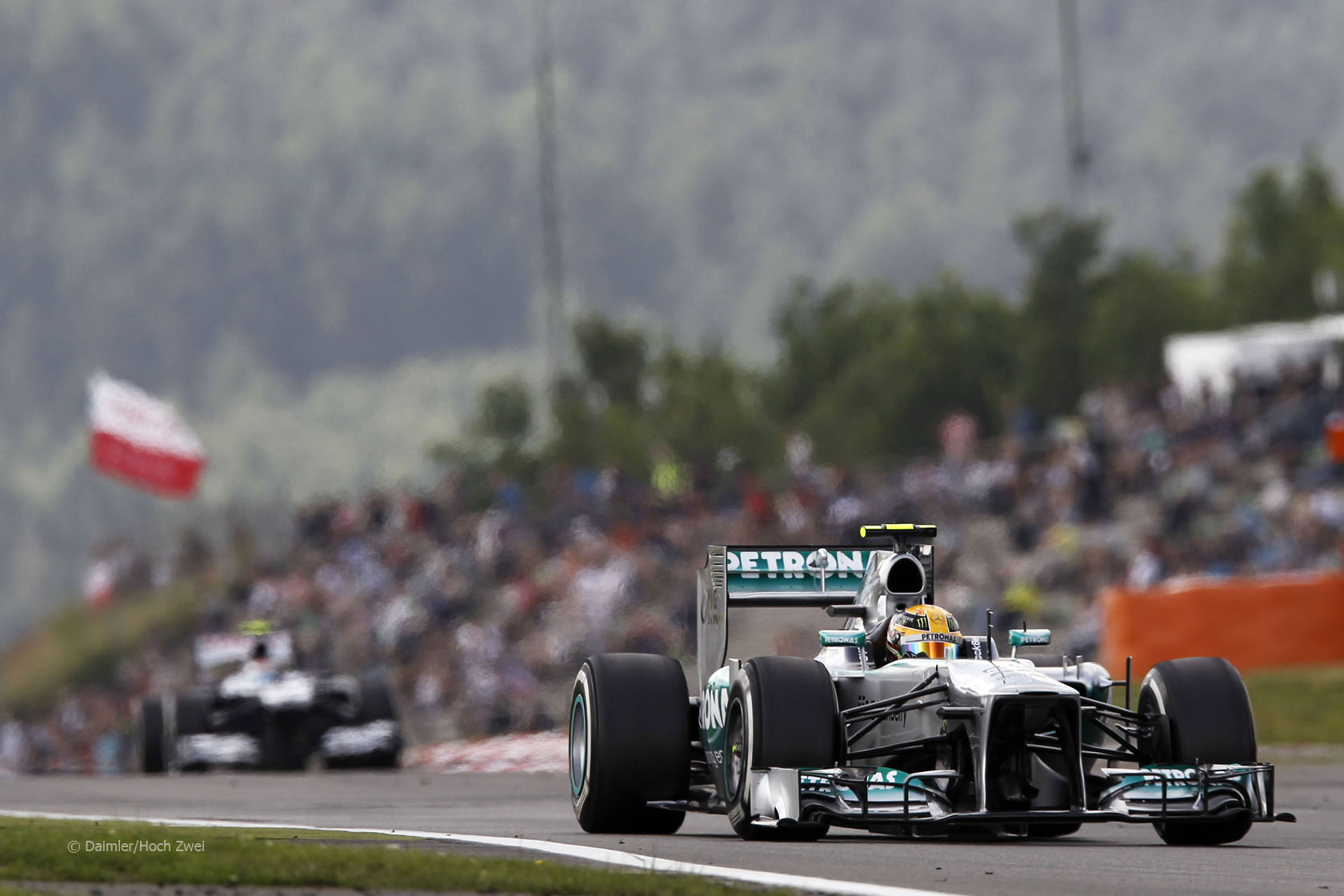 Lewis Hamilton says he was surprised to be in contention for pole position for the German Grand Prix after being off the pace during practice.

The Mercedes driver was 1.2 seconds slower than Sebastian Vettel in the final practice session.

“It’s really overwhelming because I’ve been struggling,” Hamilton admitted after taking pole position. “The first run in P1 was really good, P2 and P3 were just disasters and it got even worse this morning.”

“We were miles off, we were a good eight tenths of a second off, I wasn’t comfortable with the car at all.”

“And we went back into the truck and we just worked hard, tried to analyse everything, made lots and lots of changes. And I just hoped it would work and fortunately the car was beneath me and I was able to put in the times we did.

“So I’m grateful for the work the guys did with me and again this is just down to all the hard work the team have put in.”

However Hamilton said he was concerned about the threat posed by the Red Bull drivers in the race:

“These guys are very good on their long runs, I hope that with my new set-up hopefully I’ll be as good and I hope we can give them a run for their money.”

13 comments on “Hamilton ‘overwhelmed’ by pole after poor practice”