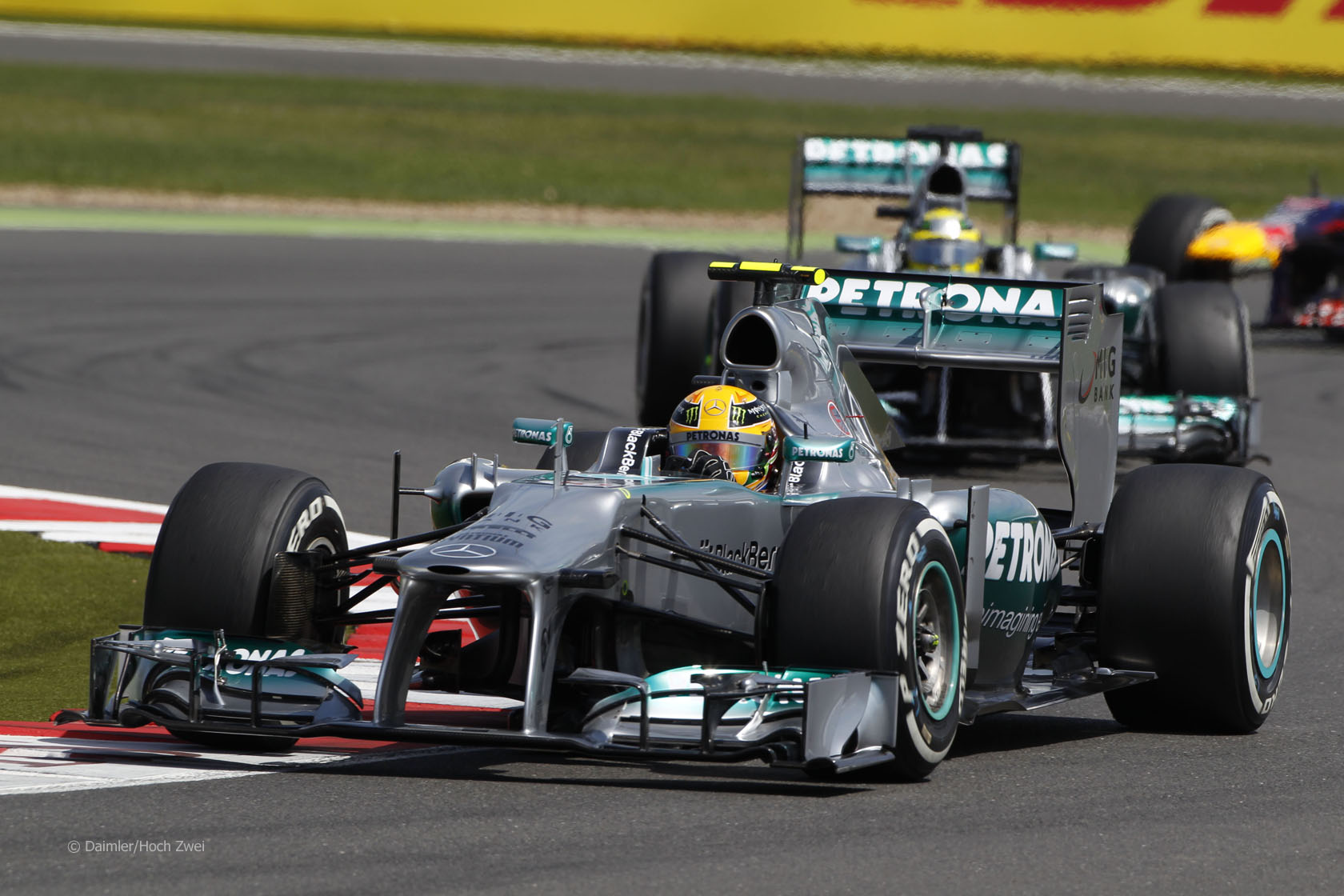 It was heartbreak for Lewis Hamilton in the British Grand Prix when a tyre failure cost him the lead of his home race.

Despite falling to the rear of the field he fought back to finish fourth – a performance F1 Fanatic readers decided was worthy of winning Driver of the Weekend.

Mark Webber had a similar recovery drive to second following a poor start and Fernando Alonso’s efforts in bringing his Ferrari home second was also recognised.

But race winner Nico Rosberg ranked eighth in the poll with just 2% of the vote.

Hamilton set pole position with a superb lap and we looked set for a gripping battle as Sebastian Vettel edged closer to him early in their first stint. Then Hamilton’s left-rear tyre exploded and after crawling to the pits he fell to last place.

Despite the disappointment Hamilton got his head down and passed several of his rivals in the final stint, just falling short of finishing on the podium.

Absolutely storming pole lap, and an immensely impressive recovery from some rotten luck. Given his pace, if he hadn’t suffered the tyre letting go he would have easily picked up the win, even if Vettel hadn’t retired.
Lewis McMurray (@Celicadion23)

Half a second quicker than the second place on Saturday, was leading convincingly on Sunday until his tyre gave up. Probably would have won the race.

On the last restart he was in ninth place and with old tyres came up to fourth and with a few more laps would probably pass Alonso. Great race by him.
@EdMarques

A fantastic qualifying lap, and he had a great race as well, initially edging away from Vettel and Rosberg, later fighting his way through the field. It would have been a perfect drive for him if he had managed to get by Di Resta in the second stint, which would have moved him onto the podium I believe, but at that point he had the oldest tyres of anyone on track.
@Adrianmorse

Webber got closer to out-qualifying Vettel than he has all year – just nine thousandths of a second separated the pair on the second row. But he threw a good grid position away with a poor start and also damaged his front wing.

Even before changing his front wing he’d already started to make up places. Once he had it replaced Webber used a late-race tyre change to great effect, making his way up to second. He fell short of catching Rosberg by less than a second.

A good race with a lot of good overtakes and could have won if it wasn’t for the length of that last Safety Car period.
@Melchior

The Ferrari did not look competitive at Silverstone: Felipe Massa failed to even get into the top ten during qualifying.

Alonso did, and with good strategy at the end of the race he was able to pick off several rivals to claim the final podium spot and a useful 15 points on a day when he biggest championship rival didn’t finish.

The high speed balance of the Ferrari was awful, and around Silverstone, that?óÔéĽÔäós a major penalty.

OK, he benefited for tyre failures and other retirements in the race, but once again his sheer brilliance managed to drag a result out of a car that simply wasn’t up to it. During the race he is the best man on the grid, and the race is when they hand the points out.
@William-Brierty