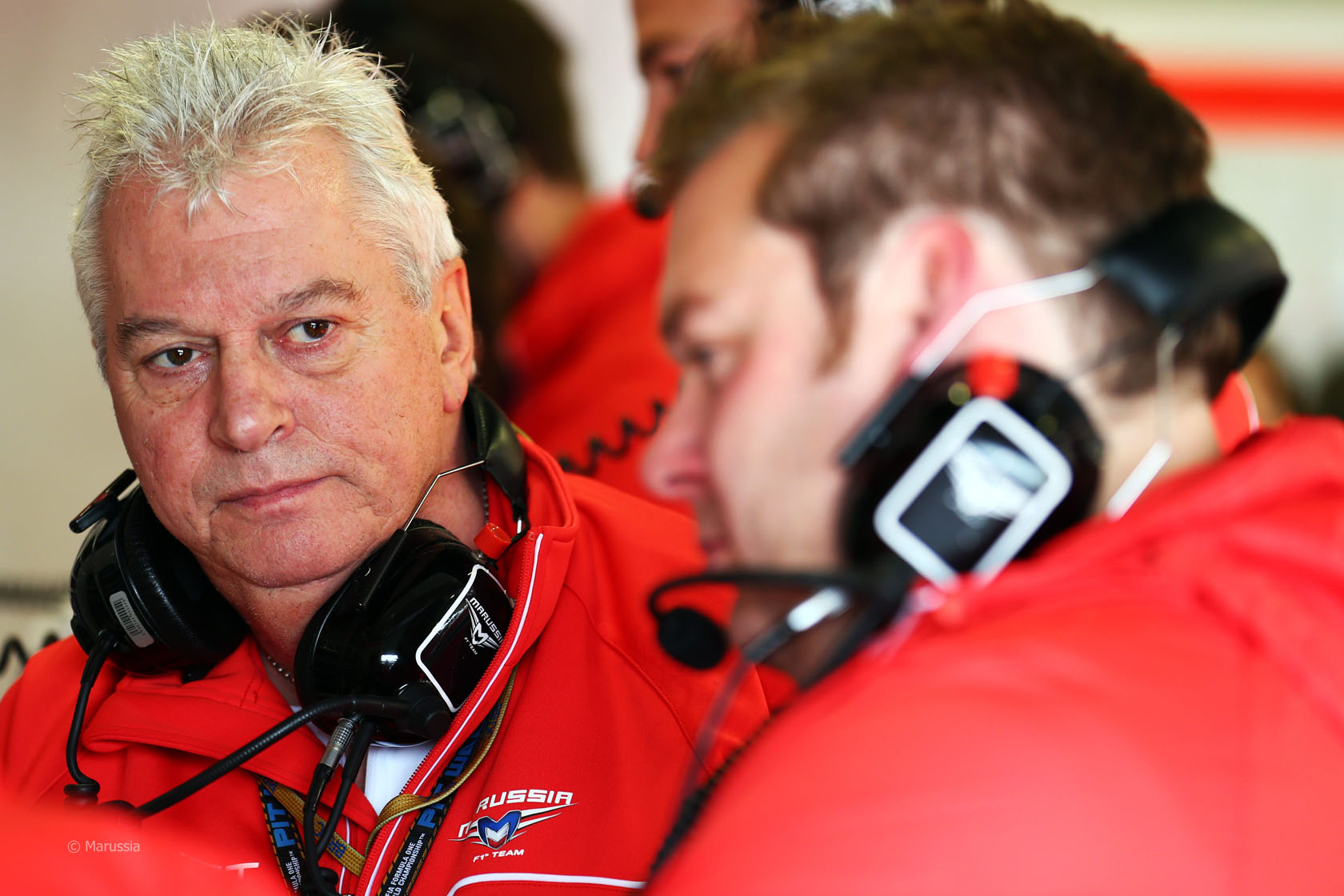 Williams technical director Mike Coughlan has stepped down “with immediate effect”, according to the team. Williams have endured a difficult start to the season, failing to score a point with their FW35.

Symonds joined Marussia in 2011. The former Renault designer returned to F1 with the team following his expulsion from the sport over his involvement in the ‘Crashgate’ scandal.

Marussia team principal John Booth thanked Symonds for his contributions. Last year the team moved up to eleventh in the constructors’ championship and is currently tenth.

“For the Marussia F1 Team, each new season has seen a significant step change in terms of our growth and development at every level of the operation,” said Booth. “The extent to which we have progressed was particularly evident as we embarked on the 2013 season, when our performance demonstrated just how much we have matured from a technical point of view.”

“We have some very talented design and engineering groups in place who have achieved great things over the past few seasons and who are excited about maintaining our current positive trajectory, boosted of course by our new powertrain partnership with Scuderia Ferrari.”

Symonds said Marussia has “developed immeasurably” since he joined them. “It now has all the right people and resources in place to achieve great things in the future. I wish the team the success it so richly deserves.”

“Williams is a team steeped in success and engineering excellence and I?óÔéĽÔäóm honoured to be asked to play a role in returning the team to its rightful place at the pinnacle of Formula One,” Symonds added.

32 comments on “Symonds moves to Williams as Coughlan departs”