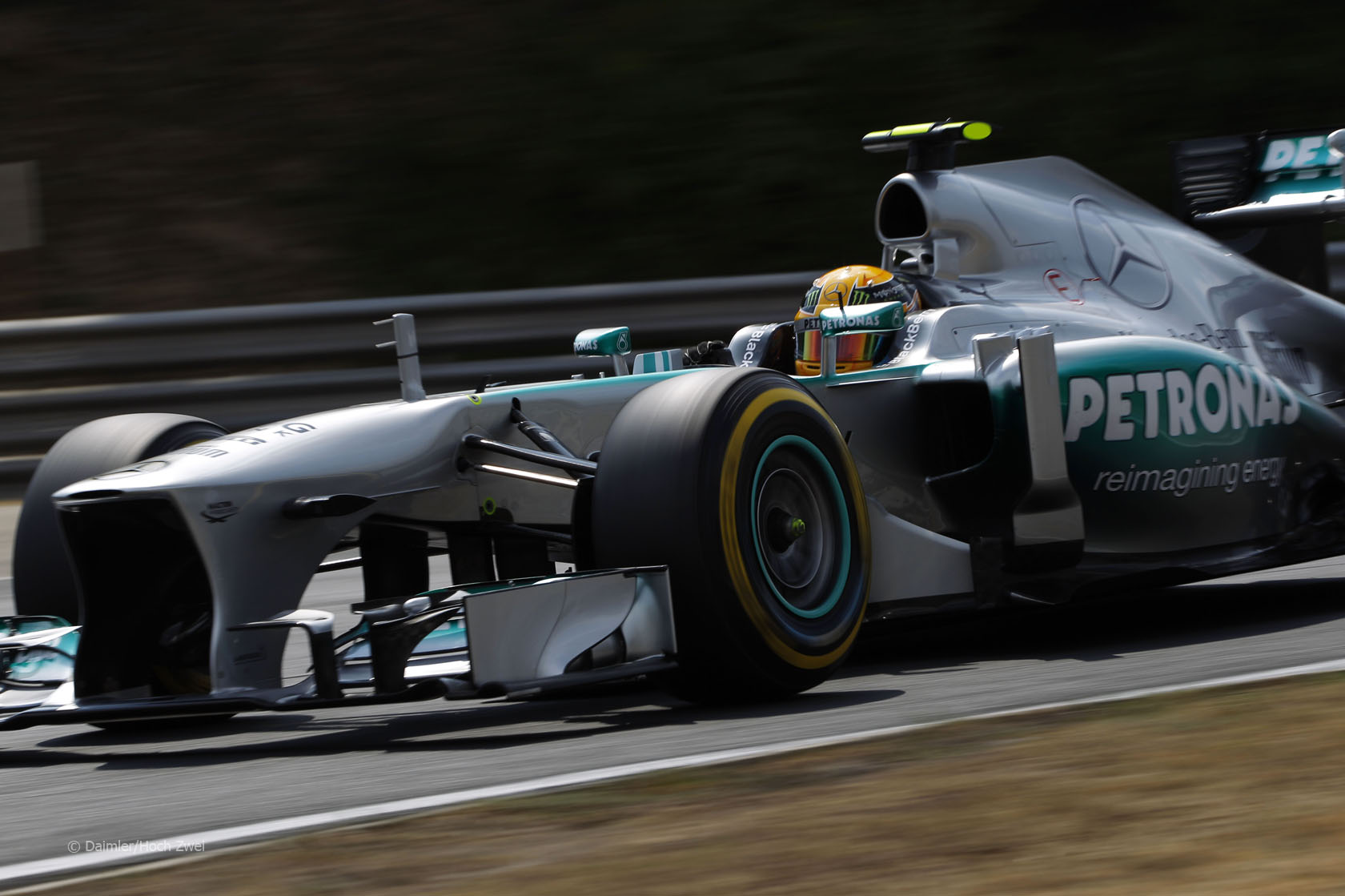 Lewis Hamilton is on pole position for the fourth time this year in Hungary.

But he is yet to score a win so far this year and given Mercedes’ performance in practice that looks unlikely to change despite having the best starting position.

Mercedes’ tyre wear problems as well-known and in the punishing heat of Hungary are likely to be as severe as ever. When the race gets started it will surely be a matter of when, not is, Hamilton and Nico Rosberg find themselves under pressure.

Hamilton enjoys the benefit of starting from the clean side of the grid at a track where the different between the two sides is significant.

But it’s a long 610m run to the first corner and the Mercedes hasn’t been the best car off the line this year. On average Hamilton tends to lose places at the start this year while Sebastian Vettel, who starts alongside him, gains them.

If the top four starters run true to form then it’s looking good for Vettel, as he’s the only one of them whose gained places on lap one on average so far this year.

Fernando Alonso, fifth on the grid, is also eyeing the chance to make gains: “It is hard to overtake in the race and so it?óÔéĽÔäós even more important to try and make up ground immediately, particularly if we want to prevent Vettel from increasing his lead,” he said.

Two or three stops are expected to be the order of the day in Hungary. But Pirelli’s medium and soft tyres will take a pounding as track temperatures are again expected to be in the 50C region.

Mercedes are expected to struggle in the heat but Lotus should thrive in it. Romain Grosjean had strong pace at the Nurburgring and should put Vettel under pressure from third on the grid.

Alonso and the other Lotus of Kimi Raikkonen are not far behind. But whether they can get on terms with Vettel will depend on how quickly they all make their way past the Mercedes drivers. In Germany Raikkonen lost time behind the W04s and needed a Safety Car to bring him back into contention.

Pirelli believes that drivers who start on the medium tyres will not be disadvantaged over the race distance. Sergio Perez, ninth on the grid, is the first driver who will start on them. Mark Webber, tenth, has a free choice of tyre having not set a time in Q3.

Who do you think will win in Hungary? Does Hamilton have a realistic chance? And will Lotus and Ferrari have the pace to challenge Red Bull?