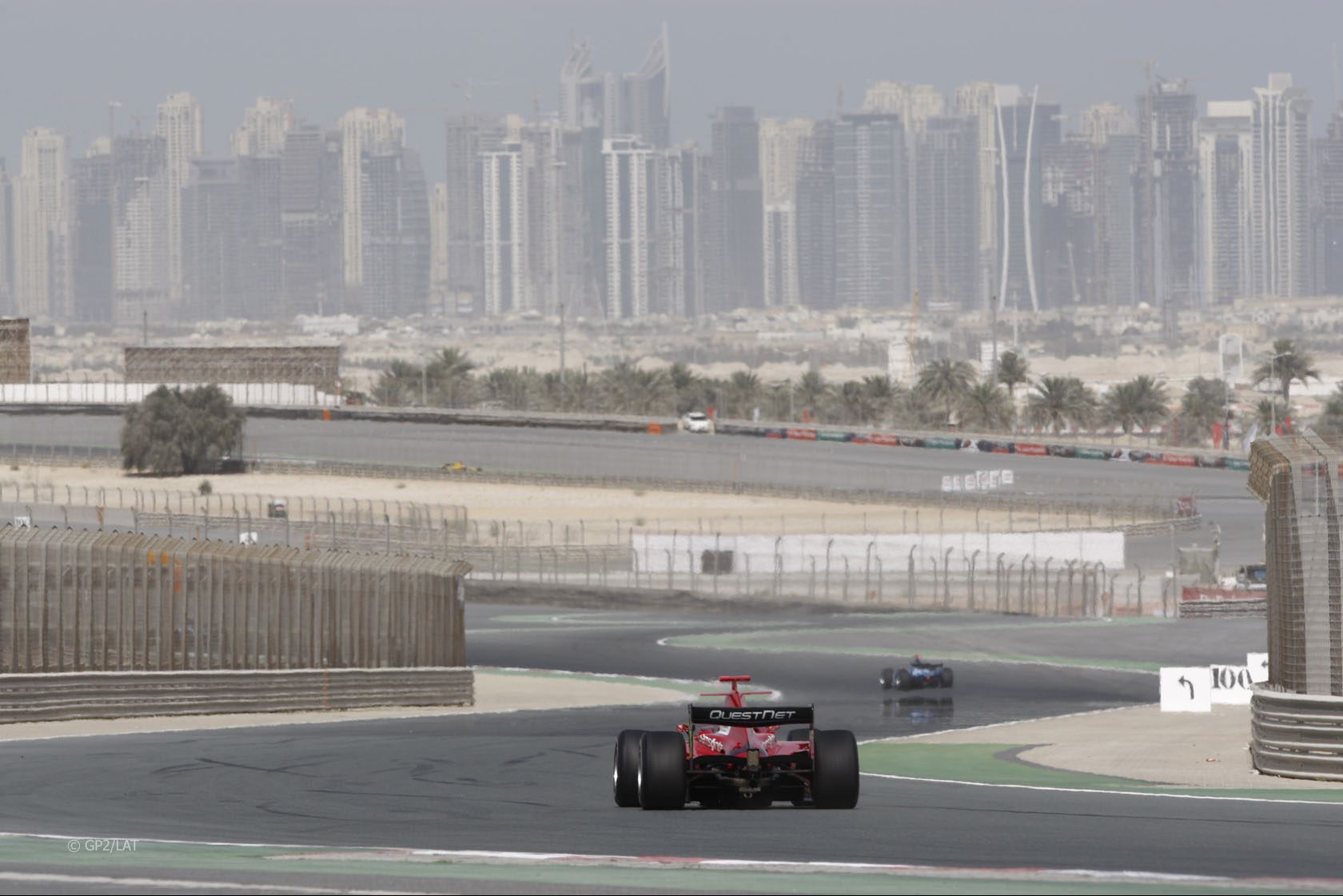 In the round-up: The Dubai Autodrome could host pre-season testing in 2014.

“Qatar, Bahrain and Abu Dhabi were all considered as potential venues for the two other tests, but sources suggest that Dubai is now clear favourite to hold them.”

Lewis Hamilton: “I?óÔéĽÔäóm not really looking forward to it. I was just saying to Sebastian, it?óÔéĽÔäós just a shame that we obviously have good pace… we?óÔéĽÔäóve got a good car so I think if we didn?óÔéĽÔäót have the tyre issues we would be able to compete with the guys in the race. It sucks in the way that I?óÔéĽÔäóm not able to have a race with these guys but we will do the best we can tomorrow.”

“We are just doing a good job with the car. We struggled at the beginning of the year – it’s not a secret – with mapping and stuff like that but since then we’ve found what I need to bring the car where I want to and it’s getting better and better.”

Qualifying fifth feels like a miracle for Alonso (Reuters)

“I think it was a little miracle today to be fifth. It is a track that has been historically not so good for Ferrari, with these slow speed corners.”

“I still need to have a good weekend. Of course, though, the fewer candidates the better for me. [I need to] make it happen this weekend.”

“Sauber have – to all intents and purposes – introduced a ‘B’ version of their car in Hungary.”

Congrats Pietro for your first win on a Formula car Bands Hatch GP circuit your first visit and you won!GodBlessYou pic.twitter.com/UrwW75qlqU

Does one Red Bull driver have more technical problems than the other? Jon Sandor doesn’t think so:

Car problems for Webber and Vettel during their time together at Red Bull:

2013 – Australia (ECU/KERS issues at start of race), China (out of fuel in qualifying, start from pit lane, wheel fell off), Germany (Wheel fell off leaving the pits), Hungary (KERS trouble in qualifying)

Conclusion – both Red Bull drivers have had essentially the same number of car problems from 2009 onwards. Vettel’s problems tend to be a lot more severe through: he has eight car related DNFs to Webber’s three.
Jon Sandor (@Jonsan)

Jack Brabham won the non-championship Solitude Grand Prix in his own BT3 50 years ago today.