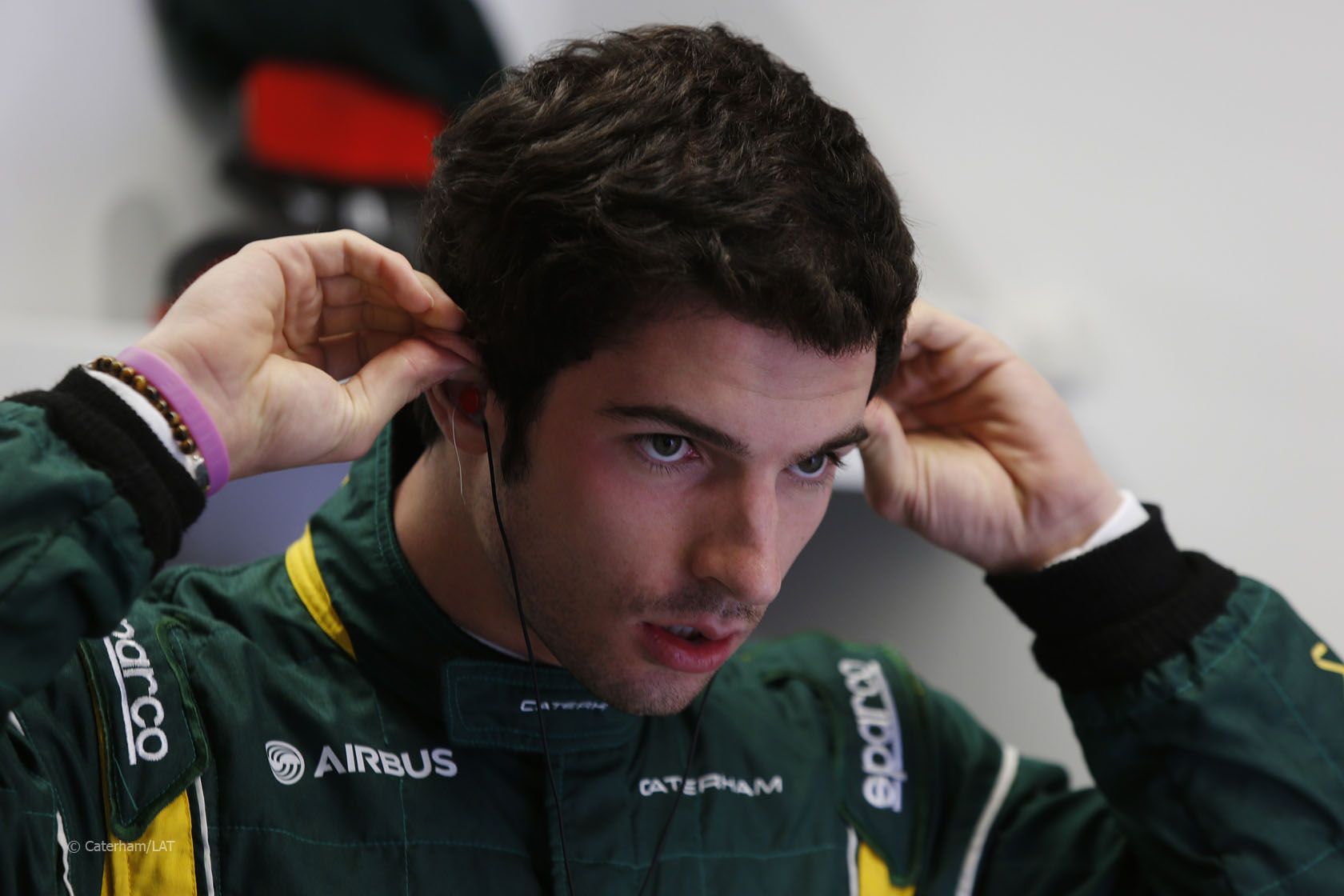 Aspiring American Formula One driver Alexander Rossi says the sport’s return to the Circuit of the Americas this year will be a “true test” of whether the sport can succeed in the USA.

Rossi told F1 Fanatic what he thinks it will take for Formula One to be successful in the States and what he’s doing to become the first American on the grid since 2007.

Formula One returned to America last year with a well-received new race at the Circuit of the Americas in Austin, Texas. Rossi called the event “a step in the right direction” for F1’s hopes of gaining popularity in the USA.

“I think Austin, from a venue and from an event, surprised everyone. From the spectators to the teams and the F1 paddock as well. So I think Austin is kind of a massive relief for everyone involved because it’s like OK, ‘F1 probably can actually work in America’ and I think that was the first step.”

“But how the turn-out is this year and how the response is this year I think is kind of the true test, to see if people enjoyed it enough to come back for another year.

Rossi also believes F1’s move to a different US broadcaster this year has had a positive effect: “It is quite a few years out but I think Formula One has kind of seen the highest response it’s had for a while. I think a lot of that is due to not only Austin but the NBC coverage as well because before it was an elite channel [Speed] to watch F1 so people if people weren’t really interested they certainly weren’t going to pay money to do watch it. Now it’s on cable television it just makes it a lot more accessible.”

However Rossi said F1 had to be realistic about how much it could achieve in a country where home-grown sports like the National Football League command enormous audiences.

“You’ve got to look at the size of America,” he explained. “You can’t compare it to one country in Europe or anywhere else because while there is a lot of different sports, there are a lot of people, and the motorsport fan base in the States is actually very big.” Although “the percentage of the people may not be that much”, Rossi pointed out that in such a large country even a ‘minority’ sport could have a large following in real terms.

“There is a lot of other sports that can draw interest away so I don’t think it could ever compete with an NFL or NBA. But I do think it has the opportunity to captivate the majority of the American motor sport enthusiasts. It will do that, it’s just a matter of time.”

Rossi’s own F1 hopes suffered a minor setback at the start of the year when a change of plans forced a reduction in the amount of seat time he will have this year. Although he has already made one appearance for Caterham in Friday practice and will continue to, he expected to be doing more when the season began:

“The original plan was just to be the reserve driver and take the Valtteri Bottas route and do a load of Friday practice sessions, take a year off racing and fully immerse myself in F1.

“Then one of the Caterham GP2 drivers [Ma Qing Hua] after the first race couldn’t continue any more. They needed someone in the car and obviously I was the first person they went to and of course I wasn’t going to turn down a race seat. It would have been nice to be able to do not only have done the first race but to have done all the pre-season testing.”

Although Rossi said he wasn’t going to equal Bottas’s 15 practice session appearances last year “we were going to get near about ten, plus or minus that”.

“Of course I would have missed racing but I think Valtteri showed that it is a possible route into F1 especially because young drivers don’t get to drive a lot.” Rossi added the 11th hour changes to this year’s Young Drivers Test to allow race drivers to participate was a further example of how “it’s becoming increasingly more difficult to get time in an F1 car” for young drivers. “Any opportunity you have, even if it’s 90 minutes, 20 laps, it’s going to be a big benefit.”

Nonetheless he will be back in an F1 car again this year: “Every F1 event that’s not a GP2 event I’ll have the opportunity to be in the car for the Friday practice session.”

“Obviously the highlight of that will definitely be in Austin. I was a bit disappointed to miss out on that last year. But for reasons that I did understand from the team so to be able to go back there this year and actually drive on track in front of an American audience will be something special.”

Rossi’s last-minute switch to GP2 meant he had little chance to acclimatise to the car before making his first start in Bahrain. In his own words, his season so far as been “not good”.

“It’s clear that the tyres have changed quite a bit from last year,” he explained. “The team has had to find their feet again.”

“We missed all of winter testing and pre-season testing as I wasn’t planning on doing GP2 this year. So we came into the first race very much on the back foot. So the results have been varied. We’re certainly missing some pace and hopefully we can turn that around for the second half of the season.” If Rossi does make it onto the grid in time for next season he could be in the enviable position of having two home races. New Jersey is bidding for a race of its own in addition to the Austin event.

“I’m praying that happens!” says Rossi, who believes the race would be a major attraction for leading American companies.

“I met with the promoters, I think the plan that they have and the market they have would really get US blue-chip companies interested in it because it’s not only happening in their back yard, but I think they’d do a very good job with the event, the exclusivity of it and making it a very kind of corporate event.”

“Whether that’s good for the fans or not I think it’s something that is important for F1’s success in America. I think that if the New Jersey race could be more of a corporate race and the Austin race could be a fan race or something like that, I think that you’ve got to get the best of both worlds. I think both needs to happen.”

Although Caterham’s care features the logos of several American companies, Rossi believes races like the planned event in New Jersey are needed to generate more interest:

“I think Caterham has done a good job in that it is one of the only teams on the grid that actually have chased American corporates: GE, Dell, Intel being on the car is something that is very beneficial for me because I’m fortunate to be at the one team that has American connections. So I think obviously everyone would like to see an American in the car.

“But in terms of seeing flat-out interest generate corporations looking to get behind me personally, it hasn’t happened, and to be honest I don’t think it will because F1 is not well enough known in America yet so until it becomes kind of a household discussion I don’t think the interest from corporates will be there.”