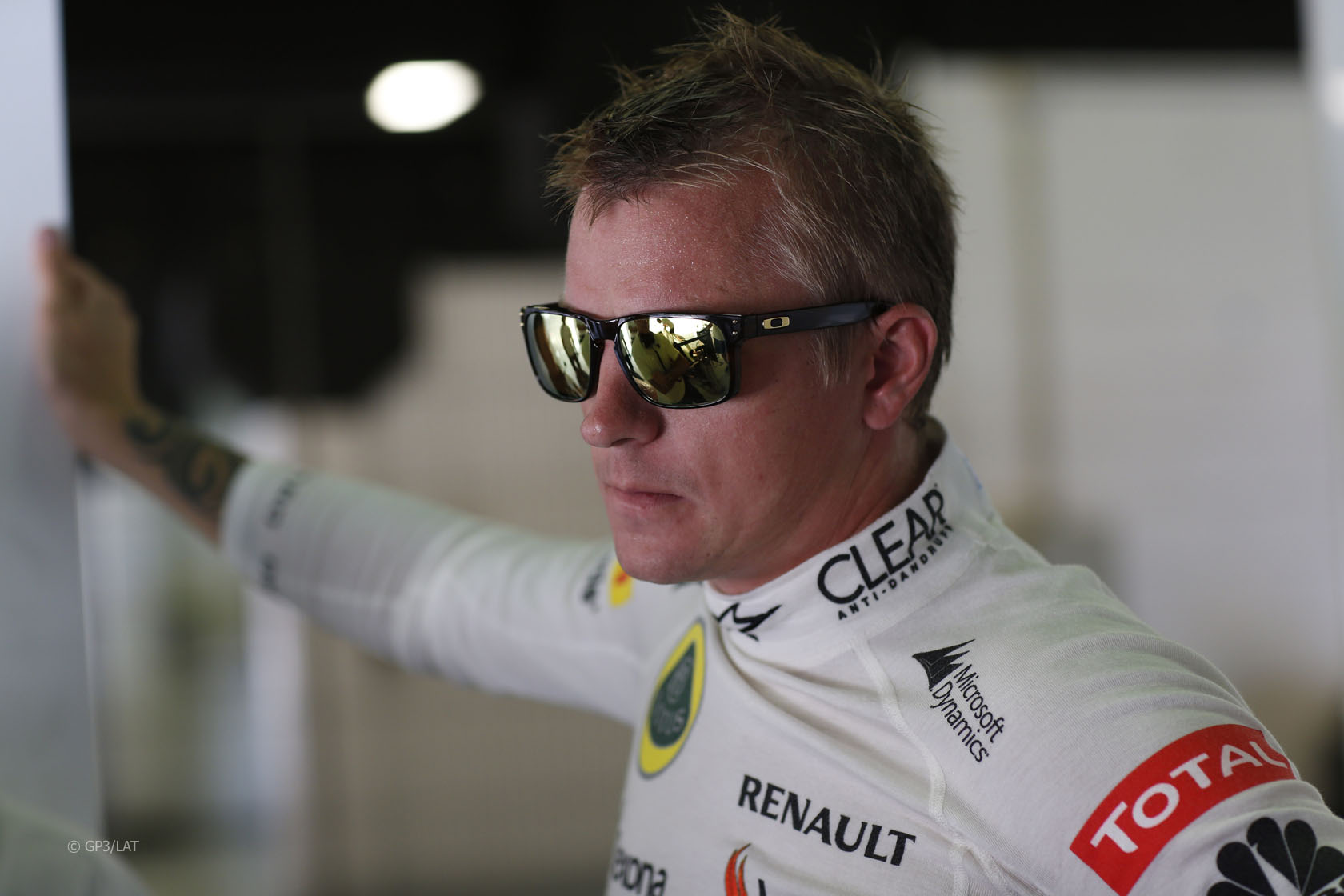 In the round-up: Kimi Raikkonen’s manager confirms his driver will not race for Red Bull next year.

With Raikkonen not moving to Red Bull in 2014, as confirmed by his manager Steve Robertson in this article, the way is clear for Daniel Ricciardo to join the team.

“[Eddie] Jordan said Raikkonen had made a return to Red Bull his first priority but when talks with the world champions broke down, he turned his attention to Ferrari.”

“Red Bull has refused to dismiss a report that Daniel Ricciardo will be announced as Mark Webber’s replacement at the Belgian Grand Prix.”

“Me, I wasn’t ready for Formula 1 at that point. It is ambitious, maybe a bit risky, but it’s not my decision.”

On the red carpet (Motorsport Monday)

Toro Rosso technical director James Key: “I felt that the belief in being cable to compete at a higher level was not there with everyone. It’s just a case of [coming in] and saying that there’s no reason why we can’t do it, no one has written down that we need to be a P9 or a P8 team we can do better than this.”

A provincial backwater (The Way It Is)

“The last all-American victory at Le Mans was scored 46 years ago in 1967 when Dan Gurney and AJ Foyt drove one of Carroll Shelby’s Ford Mk IVs to a legendary win. On the face of where were are today with no American drivers, cars or teams competing internationally at the top levels of the sport and both IndyCar and American sports car racing in the doldrums, we can only guess that none of these things are likely to happen again.”

“The cars had indeed touched ?¾įķ╝įŪŻ to this day the damaged front wing endplate from [Mika] Hakkinen’s car sits in Martin Whitmarsh?¾įķ╝įõ¾s office.”

Flashback: Belgium ?¾įķ╝?Ż68 – the first of many wins for McLaren (F1)

“There then came a grave moment when something broke on Brian Redman?¾įķ╝įõ¾s Lotus coming into Les Combes, pitching the Englishman forcefully into the barriers. He was lucky to escape with a broken arm, whilst an injured marshal was airlifted to hospital.”

The Warrior that uses the sword when is insulted can not be considered brave, brave man does not flinch, because he has higher goals..

Not sure that the ALO-Montezemolo relationship improved during August. Kimi now lined up as a swap, with VET going red in 2015

@William-Brierty names Robert Wickens as another driver who deserves a crack at F1:

He did a hugely impressive test for Renault in 2011, shortly after taking the Formula Renault 3.5 title; a series that has arguably produced better young drivers of late than GP2.

In the DTM he took the now statutory shaky first year in the series, but is now easily one of the series?¾įķ╝įõ¾ front runners, which is high praise in a series that features such a eclectic mix of touring car and single seater stars.

Equally high praise is that he is now arguably Mercedes?¾įķ╝įõ¾ fastest driver, deposing Gary Paffett, who for all of the “nearly, but not quite” insults chucked at him is still a very good racing driver.

With Williams currently perusing the Mercedes DTM squad for a driver to enroll into a young driver programme following their engine tie-up with Mercedes, I?¾įķ╝įõ¾d advise them to forget Daniel Juncadella and get themselves a Wickens.
@William-Brierty

Long-serving McLaren engineer Jo Ramirez turns 73 today. He was at the team during the time of Alain Prost, Ayrton Senna and later Mika Hakkinen. His 2005 autobiography Memoirs of a Racing Man is well worth hunting down.