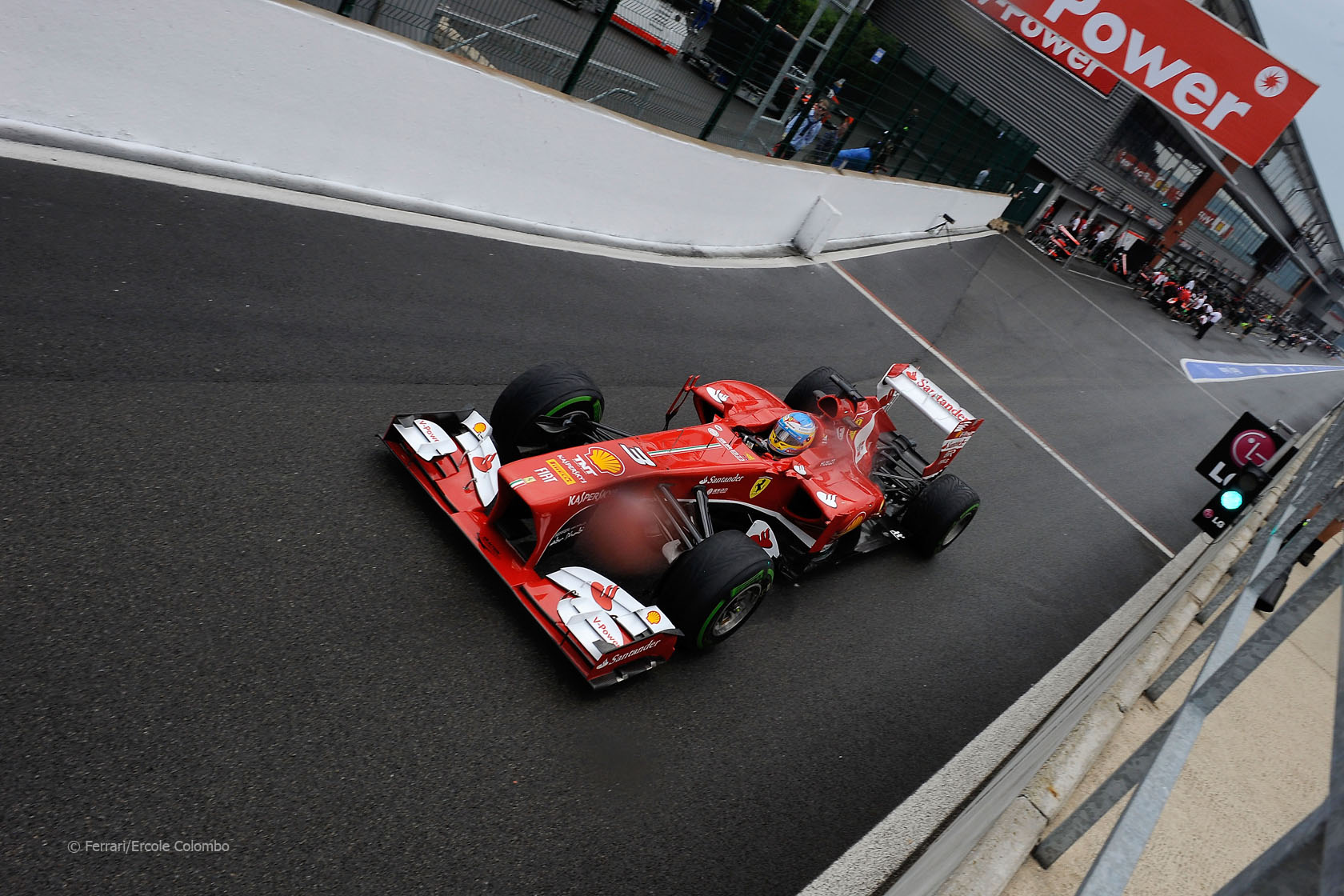 Fernando Alonso does not think the tyre failures seen during practice at Spa-Francorchamps today indicate F1 is heading for a repeat of the spate of punctures seen during the British Grand Prix.

A puncture was discovered on one of Alonso’s tyres which occured during an in-lap.

Sebastian Vettel also suffered a puncture during the session and there were questions over whether Giedo van der Garde’s crash was caused by a tyre failure.

Alonso suspects the failures may be coincidental and not the sign of an underlying problem but stressed it is important to find out “what happened to the Caterham, to Vettel and also to me on my in-lap”.

“I don?óÔéĽÔäót think it?óÔéĽÔäós a similar problem to what we saw in Silverstone, maybe more of a random set of circumstances, but all the same, it needs careful analysis.”

Vettel said he doesn’t know what caused his puncture. “We lost the rear right, very suddenly, so we need to have a look.?óÔéĽÔÇŁ Pirelli is working on finding out why it happened.”

Following the Silverstone punctures Pirelli revised its tyres for the following race in Germany, where the Grand Prix Drivers’ Association threatened to boycott the race if there were any further failures.

The race passed without incident, and further new tyres were introduced for the following race in Hungary where there was also no similar problems. Spa is one of the most demanding tracks for tyres on the calendar.