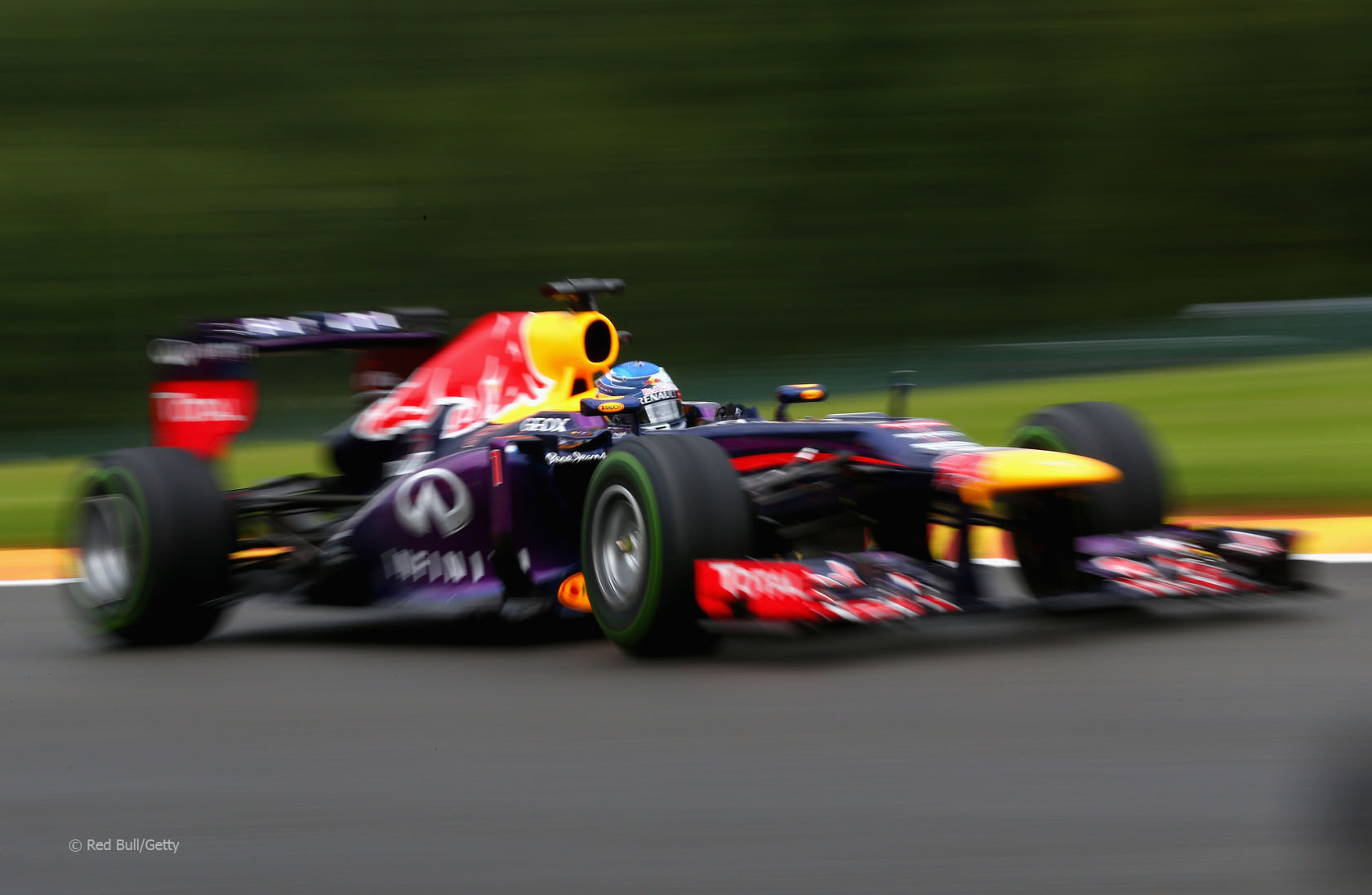 Sebastian Vettel romped to his fifth grand prix win of the season in the Belgian Grand Prix.

Vettel took the lead from Lewis Hamilton at the start and was never headed during the rest of the race.

Hamilton lost another place before the end of the race, to Fernando Alonso, who made a strong start to hold fifth place at the beginning of lap two. He easily passed Jenson Button and Nico Rosberg using DRS in the opening laps, and after the first pit stop scrambled by Hamilton at La Source.

Button briefly ran third while McLaren weighed up whether to try to make a one-stop strategy work. The elected not to, bringing him in for a late second stop which elevated Rosberg and Mark Webber to fourth and fifth.

Romain Grosjean did make a single stop and finished eighth behind Felipe Massa. The Ferrari driver got ahead of him when Grosjean was forced off the track by Sergio Perez at Les Combes, for which the McLaren driver was handed a drive-through penalty.

Ninth place went to Adrian Sutil after he survived contact with Pastor Maldonado at the chicane. The Williams driver then skidded into the other Force India of Paul di Resta, taking him out of the race and earning Maldonado a stop-go penalty.

The final point was taken by Daniel Ricciardo, who climbed nine places to finish tenth.