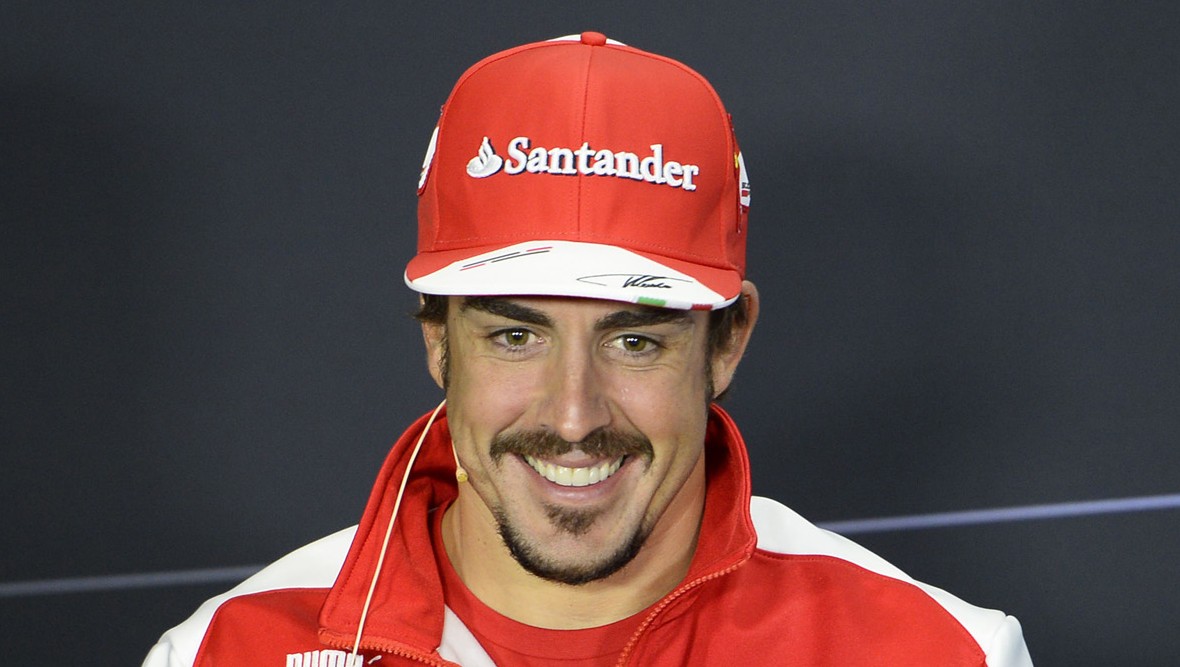 In the round-up: The “important news” Fernando Alonso hinted about on Twitter on Sunday turned out to be a plan to buy Spanish cycling team Euskaltel Euskadi which was facing closure after losing its government backing.

“Ferrari driver Fernando Alonso has sparked a fresh wave of speculation about his future by revealing he will be announcing “important news” over the coming days.”

“After various days of intense negotiations between both parties, carried out with maximum discretion, we are pleased to announce that the Spanish sportsman has reached an initial agreement to buy said cycling team and so avoid its demise.”

McLaren sporting director Sam Michael: “People have run a bit more downforce at Monza since DRS started. The only reason why you ran really low was to give yourself overtaking capacity. Once you have DRS you can overtake anyway, so you don?óÔéĽÔäót have that requirement any more.”

“Circuit de Catalunya includes the city of Barcelona in its name and from now on will be called Circuit de Barcelona-Catalunya.”

“A year in the British Formula Three Championship saw Ricciardo dominate the formula with 13 podiums and seven wins on his way to becoming the 2009 series champion.”

“In my role as a journalist I crossed swords with [Teddy Mayer] on several occasions, the first being when McLaren wanted to ditch its sponsorship deal with the Yardley cosmetics at the end of 1973 and grab the bigger fistful of dollars being waved in its direction by the Philip Morris Marlboro cigarette brand. Yardley put out a critical press statement ?óÔéĽÔÇŁ and half an hour later Teddy was on the phone, bending my ear in an effort to persuade me that it would not be helpful if Motoring News (my then employer) were to publish the Yardley statement. Cravenly, I allowed myself to be intimidated, and agreed. I?óÔéĽÔäóm ashamed of that, even now. But Teddy got his way.”

“Over the line, Gethin ?óÔéĽÔÇŁ who somehow found the time and confidence to give a victory salute ?óÔéĽÔÇŁ was a couple of feet ahead of Peterson, with Cevert third and Hailwood fourth. Howden Ganley, fifth for BRM, was six-tenths behind Gethin.”

Great stuff Daniel You deserve it, some special days in the future I'm sure. Australian flag still flying too.. Little bonus.

#F1 Marko before Budapest: "Decision to be announced in August" Horner in Spa: "No decision before Monza" Next time: #askmateschitz

Traffic at a standstill in the MTC this morning. #Happy50thMcLaren pic.twitter.com/smT0FgyaTR

Sir Frank Williams: â€śIt is a privilege to compete against you and long may that continueâ€ť @McLarenF1 #Happy50thMcLaren

Was in the Williams simulator today, preparation for the coming weekend. Have some good memories from #Monza so looking forward to it!

Does F1 need to be made into a film like Rush? JayfreeseKnight puts the case for it:

It promotes our sport. The one we love and live.

Rush will be a great asset for new /young F1 fans across the world. We need a larger community, lots of seats remain empty on lots of tracks. Cinema is the best way to give people emotions.

Just look at IndyCar with Turbo or NASCAR with Cars, it?óÔéĽÔäós great and fun; Rush is a sporting-racing thriller, great.
JayfreeseKnight (@Jeff1s)

Giuseppe Farina became the first ever Formula One world’ drivers champion on this day in 1950 by winning the Italian Grand Prix.

68 comments on “Alonso steps in to save cycling team”