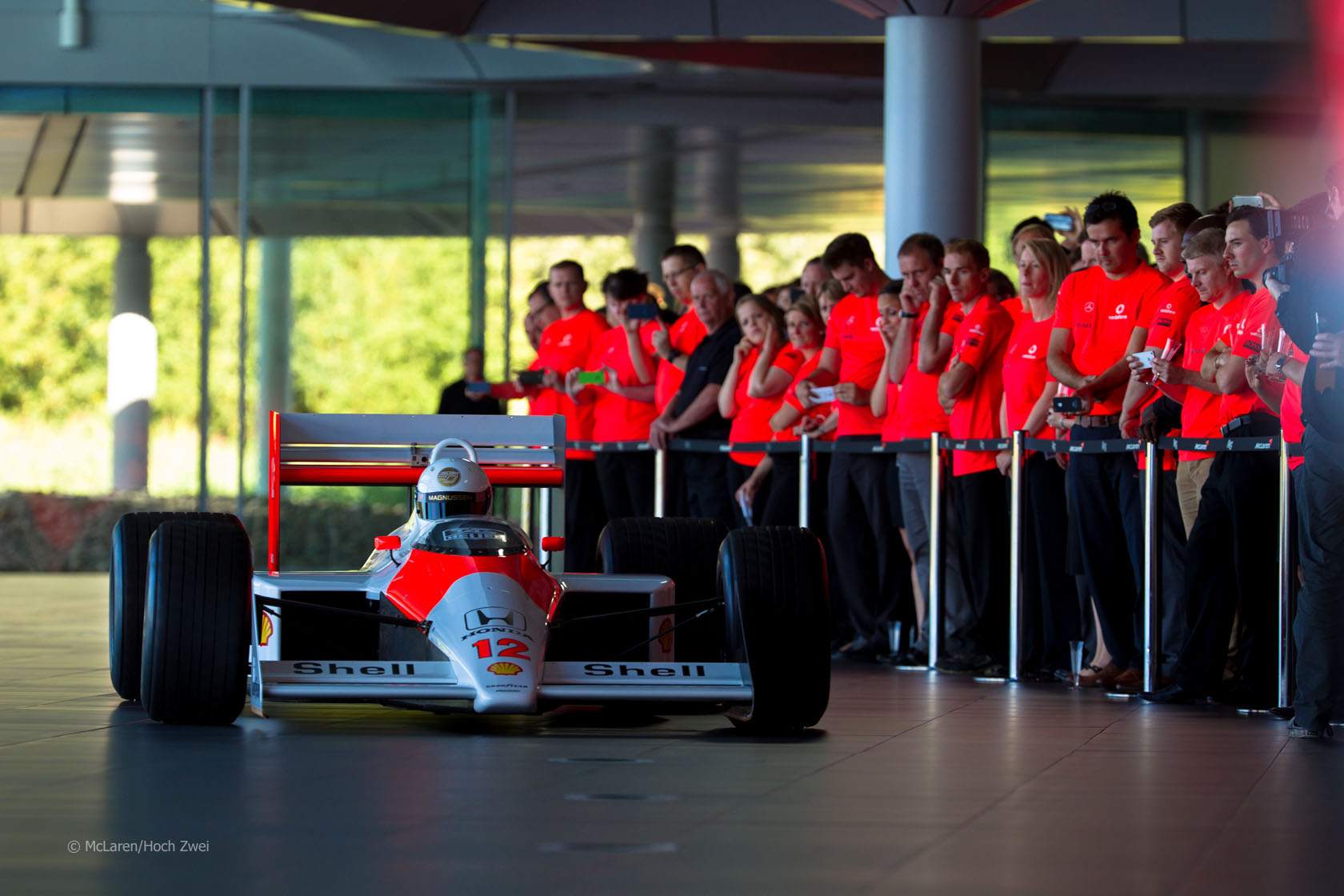 McLaren marked their 50th anniversary with a celebration at the McLaren Technology Centre yesterday.

The team was formed Bruce McLaren on September 2nd, 1963. The team’s founder died testing one of his Can-Am cars at Goodwood in 1970, but his outfit continued and just four years later won the constructors’ championship for the first time while Emerson Fittipaldi also lifted the drivers’ title.

Since then James Hunt, Niki Lauda, Alain Prost, Ayrton Senna, Mika Hakkinen and Lewis Hamilton have all won world championships while driving for the team.

Group chairman Ron Dennis said: “McLaren started as the dream of one man, and it?óÔéĽÔäós since grown to encompass the hopes and dreams of more than 2000 men and women, who work as tirelessly as Bruce McLaren himself once did to ensure that everything we do reflects well when compared with everything we?óÔéĽÔäóve ever achieved.

“So, our 50th anniversary provides an opportunity for every single McLaren employee to realise that he or she is an utterly crucial part of an organisation with a history and a culture that really mean something.

Drivers Jenson Button and Sergio Perez appeared at the celebration along with junior drivers Kevin Magnussen and Stoffel Vandoorne. Both of McLaren’s current drivers drivers said they had been inspired by their predecessors at the team.

“I’ve never hidden my pride at being a McLaren driver,” said Button. “I grew up watching this team achieving great things with Ayrton Senna and my racing hero, Alain Prost.”

“And I firmly believe this team will be great again; this is an organisation you can never discount ?óÔéĽÔÇŁ their appetite for winning is unlike anything I?óÔéĽÔäóve ever seen and, rest assured, we will be back at the front soon.”

Perez said: “Ayrton Senna was my hero when I was growing up and getting into Formula One. Ever since then, I?óÔéĽÔäóve had huge respect for McLaren ?óÔéĽÔÇŁ throughout my whole life they have been winning races and championships, and have consistently been one of the best teams in Formula One.”