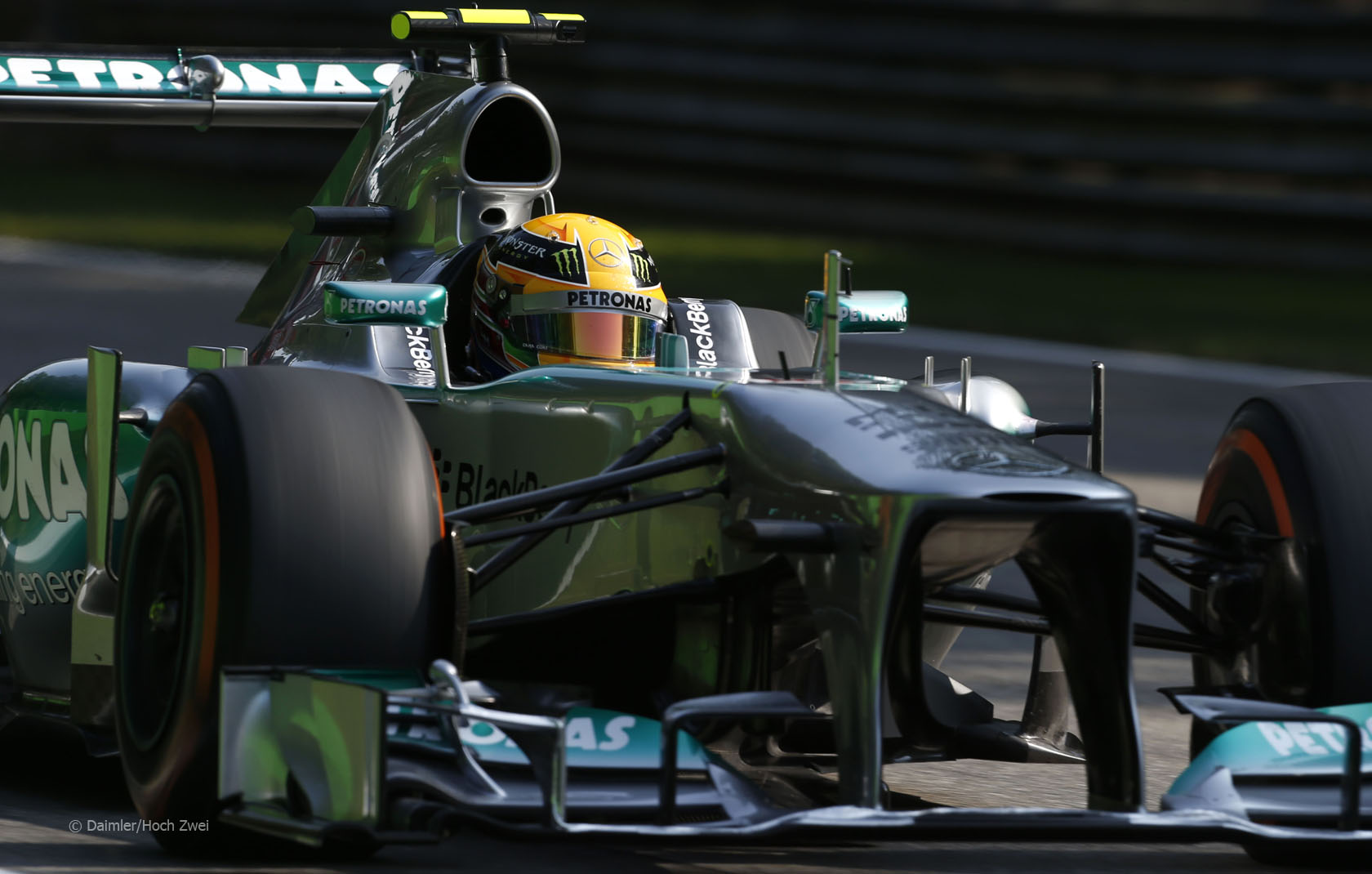 Lewis Hamilton was quickest as practice began for the Italian Grand Prix. The Mercedes driver was fractionally faster than Ferrari’s Fernando Alonso.

Alonso was on course to beat Hamilton’s 1’25.565 when he lost time in the final sector and had to settle for second, 0.035s off the Mercedes. Hamilton also came close to beating his own mark but couldn’t repeat his sector three time.

Lotus brought a longer version of the E21 which Kimi Raikkonen ran and set fifth-fastest time with. Team mate Romain Grosjean in the conventional car was four-tenths of a second slower in 12th.

The McLaren drivers were sixth and seventh ahead of Mark Webber. Early in the session Jenson Button’s DRS remained activated at a part of the circuit where is was supposed to disengage, which the stewards are investigating.

Pastor Maldonado was an encouraging ninth for Williams, despite losing the rear of his car at Ascari, and reported the car was performing better in low-speed corners. Jean-Eric Vergne completed the top ten.

Nico Hulkenberg’s session was interrupted by a gearbox problem. He was able to make it back to the pits but when the team sent him out again the problem recurred and he was pulled back into his box.

As the session came to an end both Ferrari drivers headed to the end of the pit lane to perform practice starts. Alonso got there in time but the pit exit lights turned red as Felipe Massa arrived and he locked his brakes as he brought the car to a stop. While Alonso performed his practice start, Ferrari mechanics arrived to push him back to the garage.