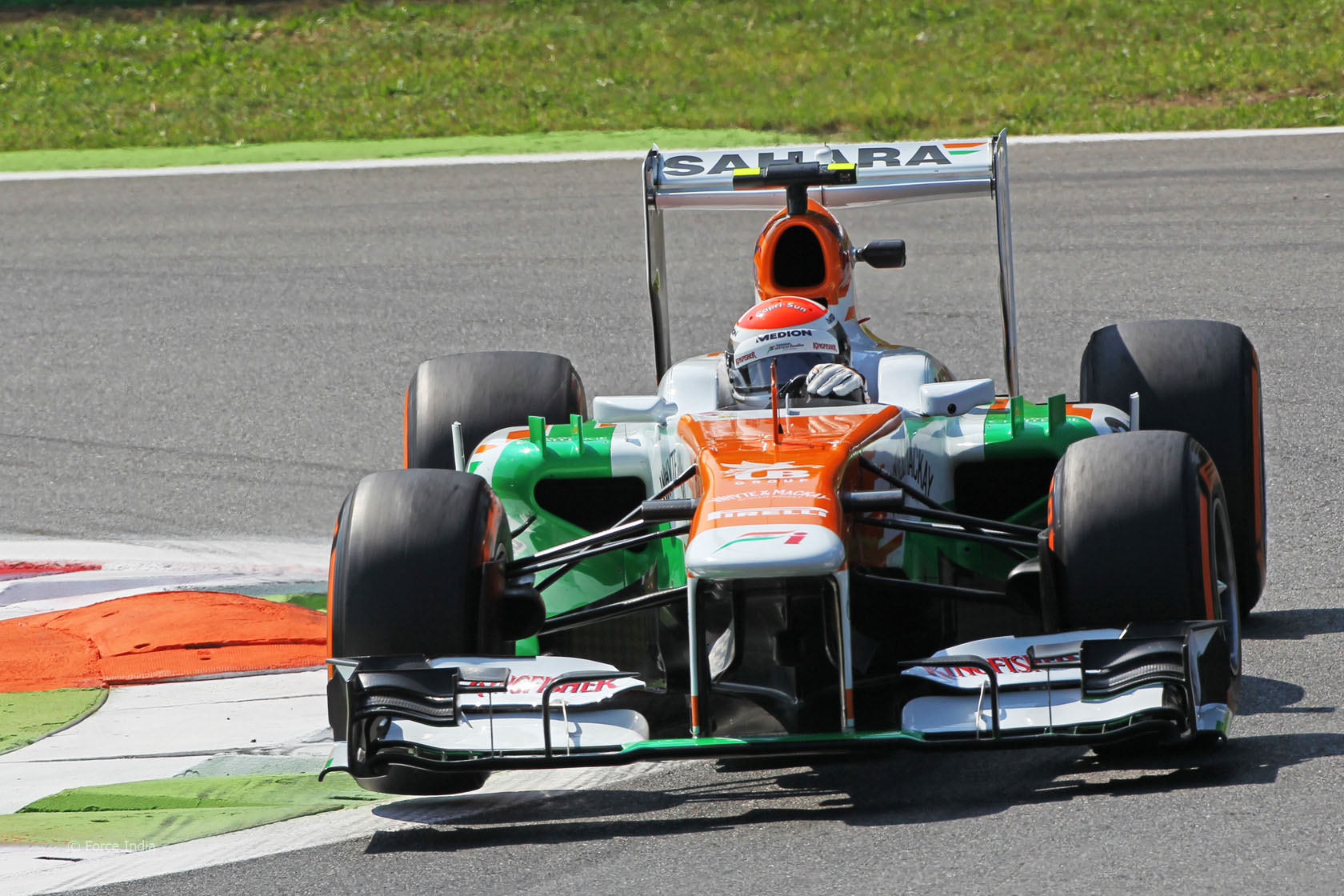 Adrian Sutil has been handed a three-place grid drop for impeding Lewis Hamilton during qualifying.

The Mercedes driver caught the Force India at Parabolica during Q2 and was forced to slow down, costing him time. Hamilton eventually failed to make the cut for Q3.

The stewards said Sutil’s blocking was “not intentional” however they added “it is the responsibility of the driver to be aware of the approaching car”.

Sutil’s penalty drops him from 14th to 17th on the grid and does not effect Hamilton, who will start 12th.

54 comments on “Sutil penalised for holding up Hamilton”