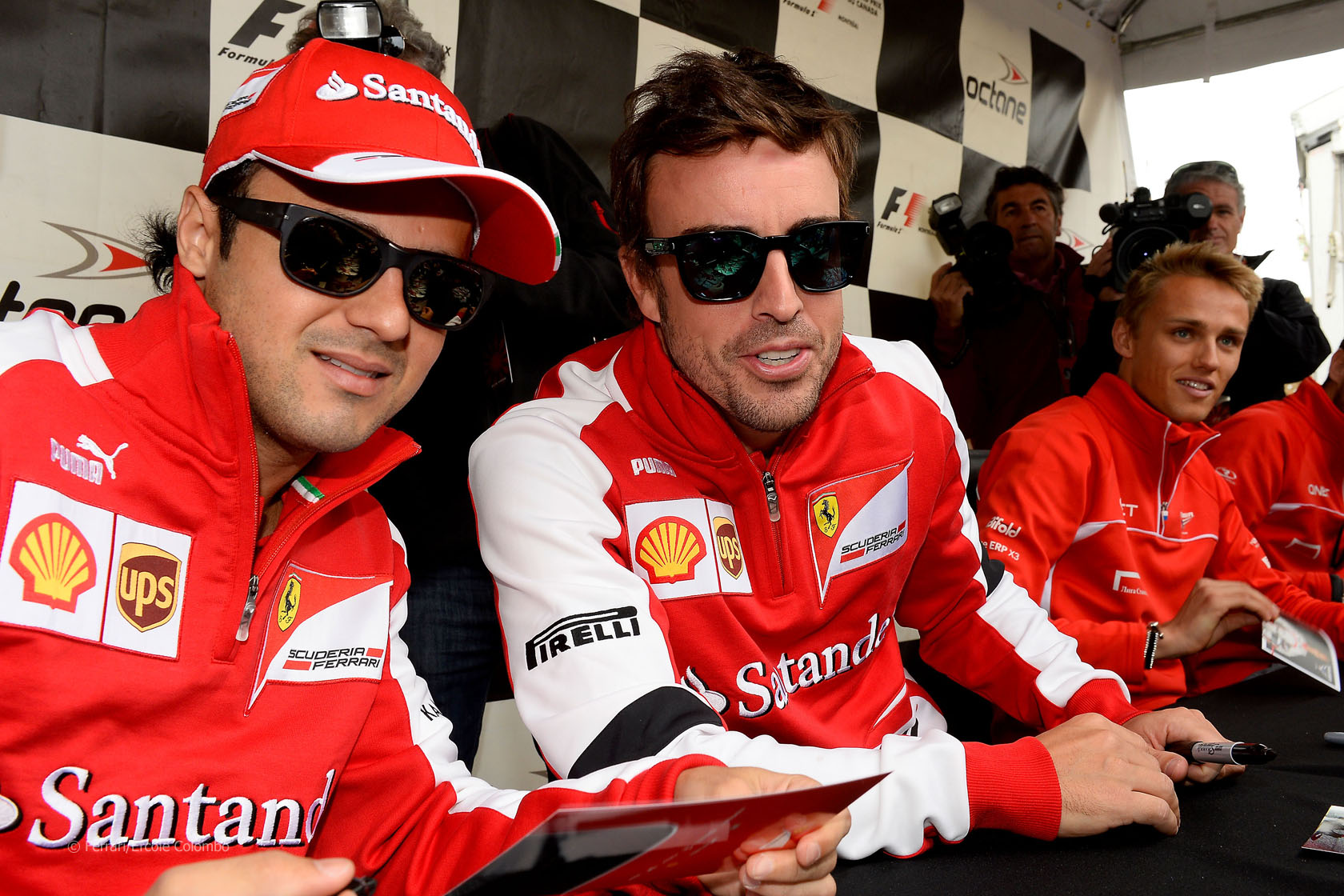 In the round-up: Felipe Massa compares his Ferrari team mates past and present.

‘Alonso the most complete’ (Sky)

“Schumacher was very, very good. He was amazing and a very complete driver as well. But I think maybe Alonso is even more perfect.”

“Lotus has moved to boost its technical department in the wake of recent departures by signing Ferrari’s chief aerodynamicist Nicolas Hennel.”

“A comfortable weight for someone of his frame would actually be 82kg. Back when he was a talented teenager with the dreams of making it to the top in motor sport in Europe, I asked him his height. His response: ‘I’m not telling you because I don’t want it to be an issue when I get to F1.'”

“As Rush unfolds, a nostalgia-fest that becomes a morality play, it becomes increasingly hard to imagine how our “celebrity culture”, policed by red tops and the bloggers, would have coped when faced with a libertine sportsman of Hunt’s stamina. You suspect ?Û‘Èº‘«£ as with Tiger Woods and his grim catalogue of infidelities ?Û‘Èº‘«£ he would have been destroyed on front page and back before he had even got to the starting grid.”

All my F1's will be on the exposition in Madrid…and of course the two World Champions..! )) http://t.co/5Q5LvV61jG pic.twitter.com/dp2GOkt2md

Does Rush play for non-#F1 fans? Mrs F1 Fanatic gave it a hearty thumbs-up. She gets to pick the next date destination…

Craig Scarborough of ScarbsF1.com dropped in to explain a question which arose from the team radio transcript.

The front wing rotary is simply a way for the driver to communicate how much of a front wing adjustment he?Û‘Èº‘‰Ûd like at the next pit stop. The position the driver sets the dial to is picked up by the engineers via telemetry. This keeps the info secret, unlike radio broadcast of the setting.

Red Bull a similar dial to describe the tyre condition to the pits.
Scarbs

Happy birthday to Siy and Butch27!

Two years ago today Sergio Perez tested a Ferrari F60 along with Jules Bianchi. Although the latter remains Ferrari-backed, Perez’s ties to the team were severed when he joined McLaren: