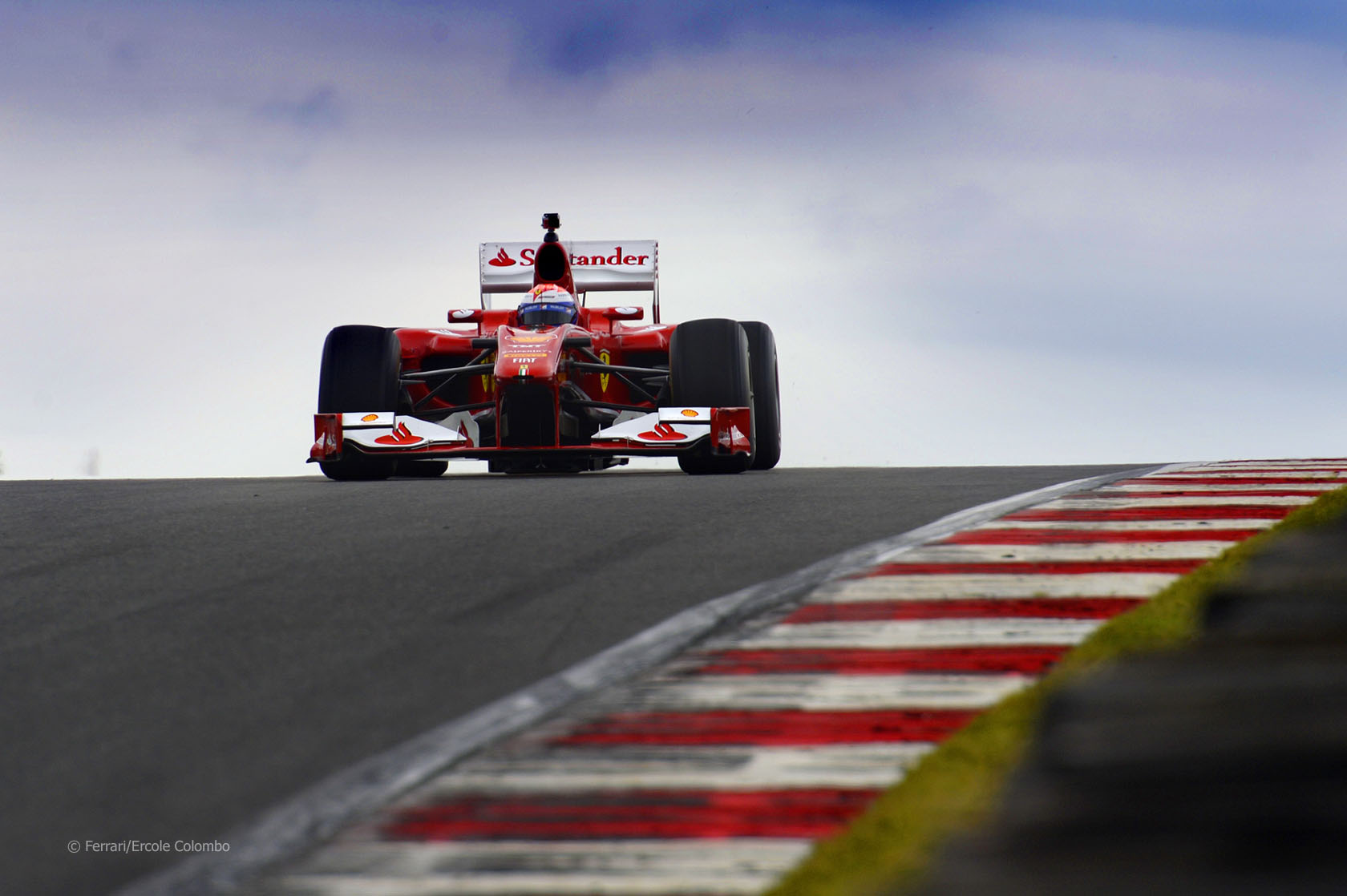 In the round-up: Marc Gene does a demonstration run for Ferrari at the Rudskogen Motorfestival.

A wet party in the Norwegian forest (Ferrari)

“Over 22,000 spectators watched the first demonstration of a Ferrari Formula 1 car on Norwegian soil.”

“It has taken three races for the Indian marshals to get well versed with the ways of F1 and this time they will be performing the chores without overseas assistance.”

“I think it will do very well for Formula One… particularly in the United States, where Formula One isn’t really recognised.”

Niki Lauda on the 1976 Italian Grand Prix, his first race after his near-fatal crash at the Nurburgring Nordschleife: “I was fourth in the race which some people thought was quite good. But I hid the truth. In practice I was rigid with fear. Terrified. Diarrhoea. Heart pounding. Throwing up. Being scared is intolerable. I told myself you can’t drive a car like that. So I waited quite consciously for the car to slide and began with the precision work of handling the drift. After that it was not so hard. The worst was behind me. I had crossed the threshold and was once more at my normal rate.”

Prep for Singapore starts tomorrow. Great track, let's hope it will be a success like last year.

Back in 1990 we sponsored a young man called #LewisHamilton We are proud 2 have helped him on his way to #F1 stardom pic.twitter.com/HpisemtpjW

@Foleyger’s thoughts on Rush. Add your review of the film here.

The opening scene was superb at the Nurburgring. Both Daniel Bruhl and Chris Hemsworth were excellent. I thought it was superb. The scenes after Lauda’s accident just showed how incredible it was for him to come back six weeks later.
@Foleyger

Kimi Raikkonen claimed his third consecutive victory at Spa Francorchamps on this day in 2007.

He led a dominant one-two for Ferrari, reducing his deficit to points leader Lewis Hamilton to 13. Felipe Massa was second ahead of Fernando Alonso and Hamilton.

53 comments on “Gene does Ferrari demonstration in Norway”