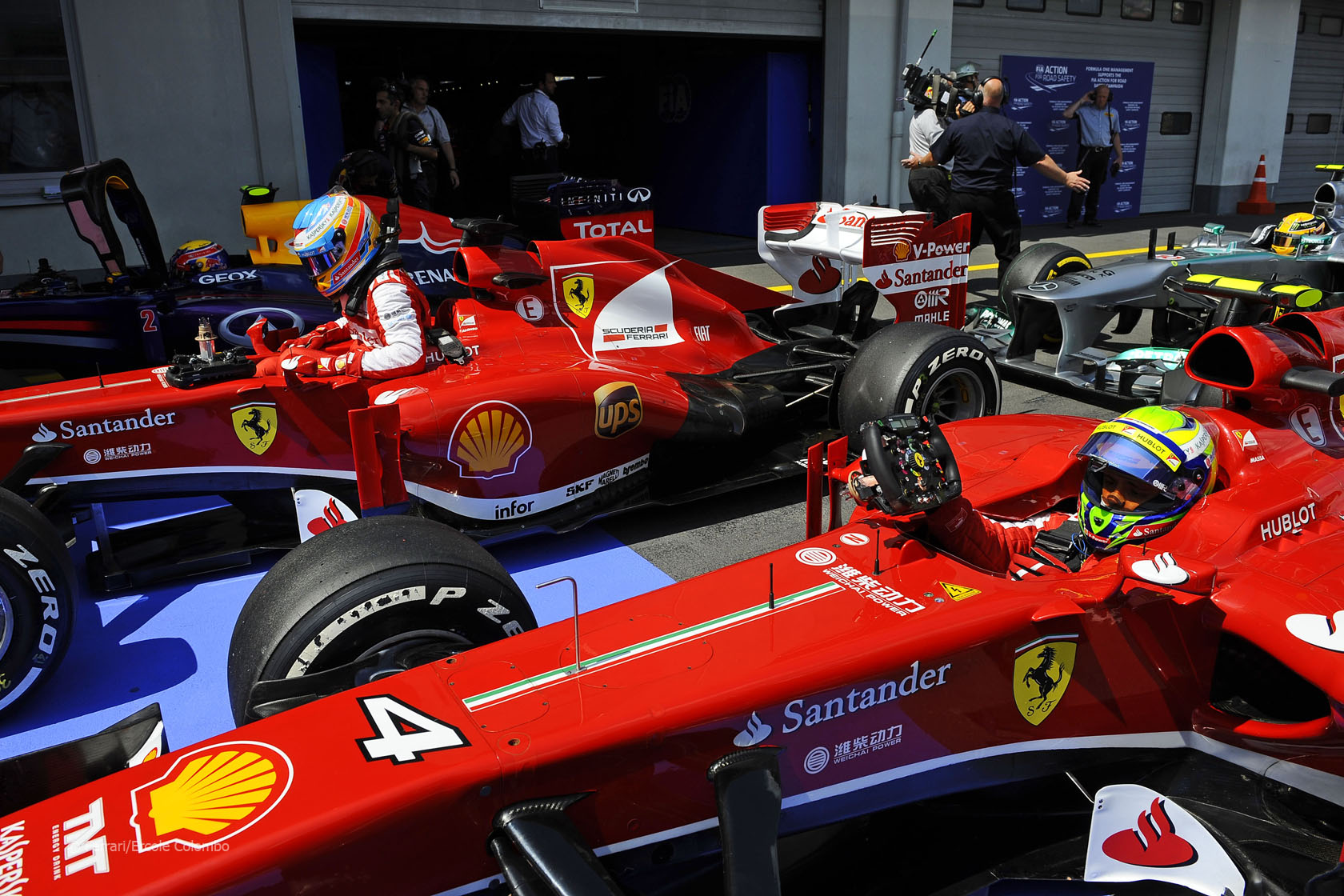 Ferrari have responded to Felipe Massa’s claim he will not support team mate Fernando Alonso during the rest of the season.

After news broke of his impending departure from Ferrari at the end of the season Massa told Brazilian television he will be working for himself and not his team mate from now on.

But president Luca di Montezemolo rebuffed the claim in an interview for La Gazzetta dello Sport: “They say he won?óÔéĽÔäót help Fernando? Please!”

“He will definitely do so, giving us a hand for the constructors’ and Alonso for the drivers'”

Massa has been called on to assist Alonso on several occasions during their time as team mates. He surrendered his most recent chance to win a race to Alonso under orders from Ferrari at Hockenheim in 2010. Last year Ferrari deliberately incurred a gearbox change penalty on Massa’s car, moving him back five place on the grid and moving Alonso forward one place.

“The team will support Alonso until the very last metre,” Montezemolo added, “and on top of that, I am also expecting Massa to have a great end to the season. Felipe is an exceptional guy and a wonderful person.”

However Montezemolo admitted Massa had lost his place in the team because his results weren’t good enough:

“The relationship was clear. He needed results and so did we. He did get some, but he was inconsistent, having some good races but not on a regular basis.

“In 2012, we felt the lack of his points in the constructors?óÔéĽÔäó. It will be good for him to have a change of scenery.”

103 comments on “Massa ‘will definitely help Alonso’ in championship”