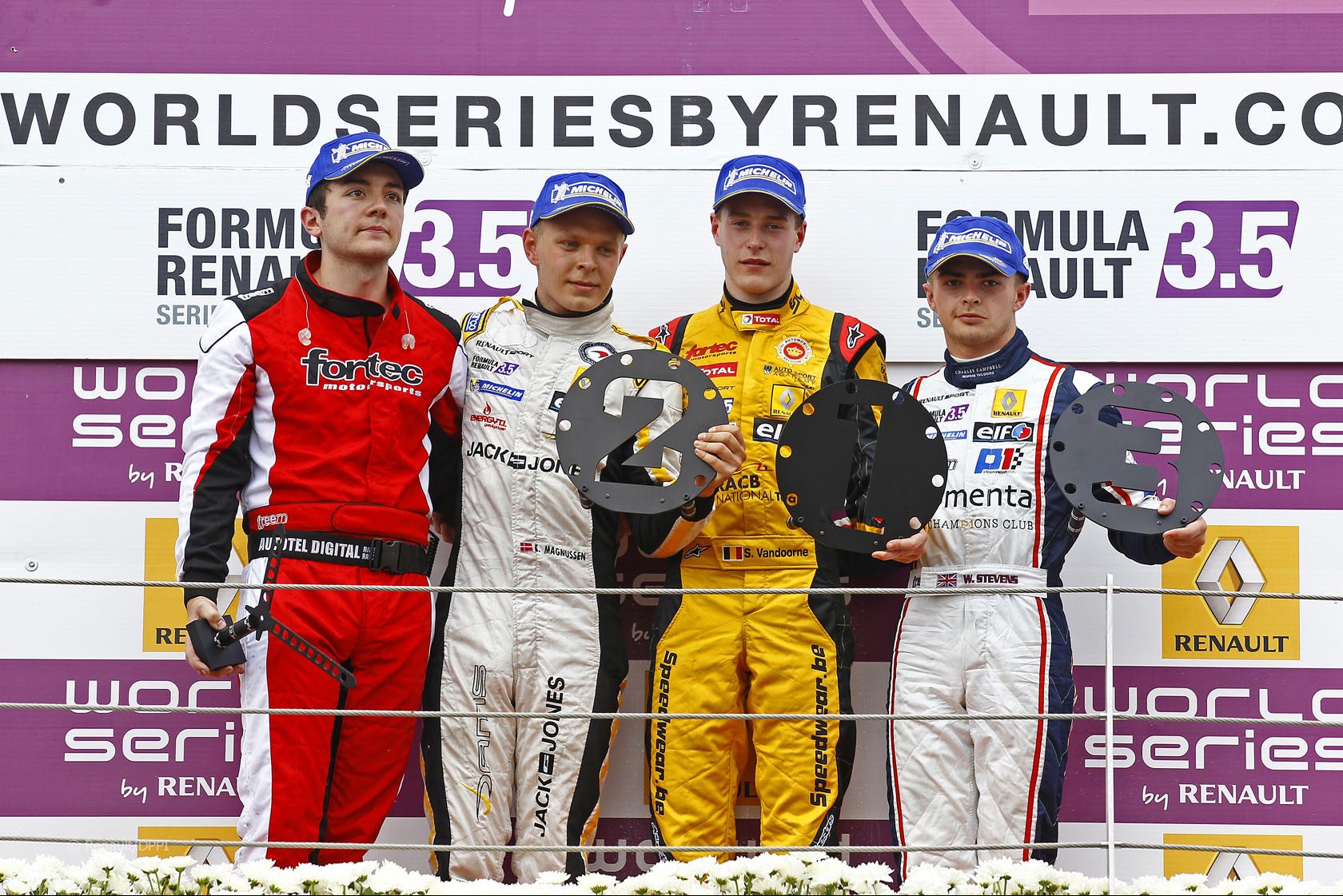 McLaren managing director Jonathan Neale says both its junior drivers Kevin Magnussen and Stoffel Vandoorne deserve a chance to race in Formula One.

The pair are leading the Formula Renault 3.5 championship which is part of the World Series by Renault. Sophomore driver Magnussen, son of ex-F1 racer Jan Magnussen, has 199 points to rookie Vandoorne’s 163. Red Bull-backed Antonio Felix da Costa trails the pair of them on 120.

“I can’t be specific, but we’d expect to see them in Formula 1 in the not too distant future,” said Neale during a Vodafone McLaren Mercedes phone-in.

Neale said it was important for F1 to ensure talent young drivers get a chance to race in the top flight:

“I think it behoves us as a sport to make sure that both those two fantastic individuals find their way into Formula One. Certainly on current performance you’d expect them both to get there.”

“The step between coming through the junior series and coming into Formula One is pretty challenging and we’re still trying to figure out the best way for them to do that,” he added.

Asked whether McLaren wished to retain both its current drivers for coming seasons in anticipation of new engine regulations next year and the arrival of Honda in 2015, Neale indicated it wasn’t the top priority.

“What you really want is talent and high performance,” he said. “We’ve shown in the past that we weren’t afraid to make the changes that we felt that we needed to in the team, whether it was inside the organisation or in the driver line-up, in order to get the job done.”