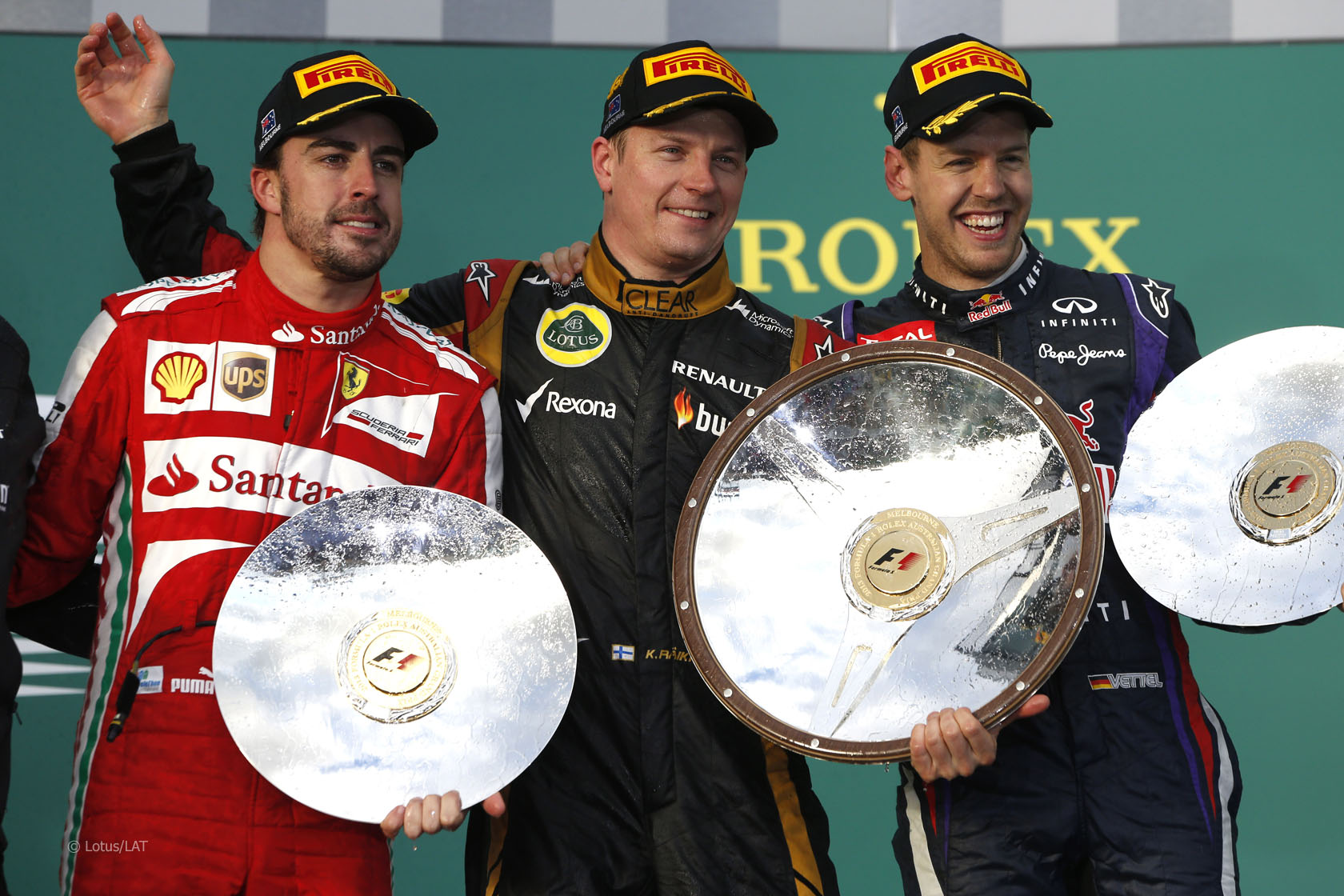 It will be the first time in 60 years Ferrari has had two world champions driving for the team.

“I never see the reason why it wouldn’t work,” said Raikkonen during the Singapore Grand Prix press conference. “We are all old enough to know what we are doing and the team is for sure working for the right things to make sure.”

“If there is something I’m sure we can talk it through and it’s not like we are 20 years old guys any more. I might be wrong but the time will tell but I’m pretty sure all things will be good. For sure there will be hard fights on the race circuits but sometimes things go wrong – like I said, I’m pretty sure we’ll be OK.”

Raikkonen said he had no qualms about returning to the team which dropped him at the end of 2009. “I never had a bad feeling with them, really,” he said.

“Obviously things could have gone in the end slightly different but I still have a lot of friends and a good memories from there.”

“I know the team, I know the people, obviously there’s some new people and some more has left since I was there but most of all I think it’s the same,” he added.

“I don’t think it will be too difficult to go there and do well. The car will be obviously different so I think that’s the most difficult thing to get the cars right and get them reliable and whoever makes the best car will probably make the best out of it.”

Asked whether he would be satisfied with the level of personal freedom he will enjoy at the world’s most famous racing team, Raikkonen said: “I always had a freedom there also.”

He claimed stories about him being unhappy with his personal arrangements at the team when he last drove for them were inaccurate: “There’s a lot of stories from my past from different teams but it’s all from you guys and I don’t think that you guys work in the teams so you don’t really know what’s happening and can write a lot of stuff, it can be sometimes true, sometimes not.”

Raikkonen also admitted the possibility for him to stay at Lotus had been there but “there was a lot of things” they needed to do to retain him.

“For sure they know what it is and it’s hard to say which way it would have gone if that would have happened. But the deal’s done now so I’m very happy with the new deal.”

71 comments on “Raikkonen sees no cause for friction with Alonso”