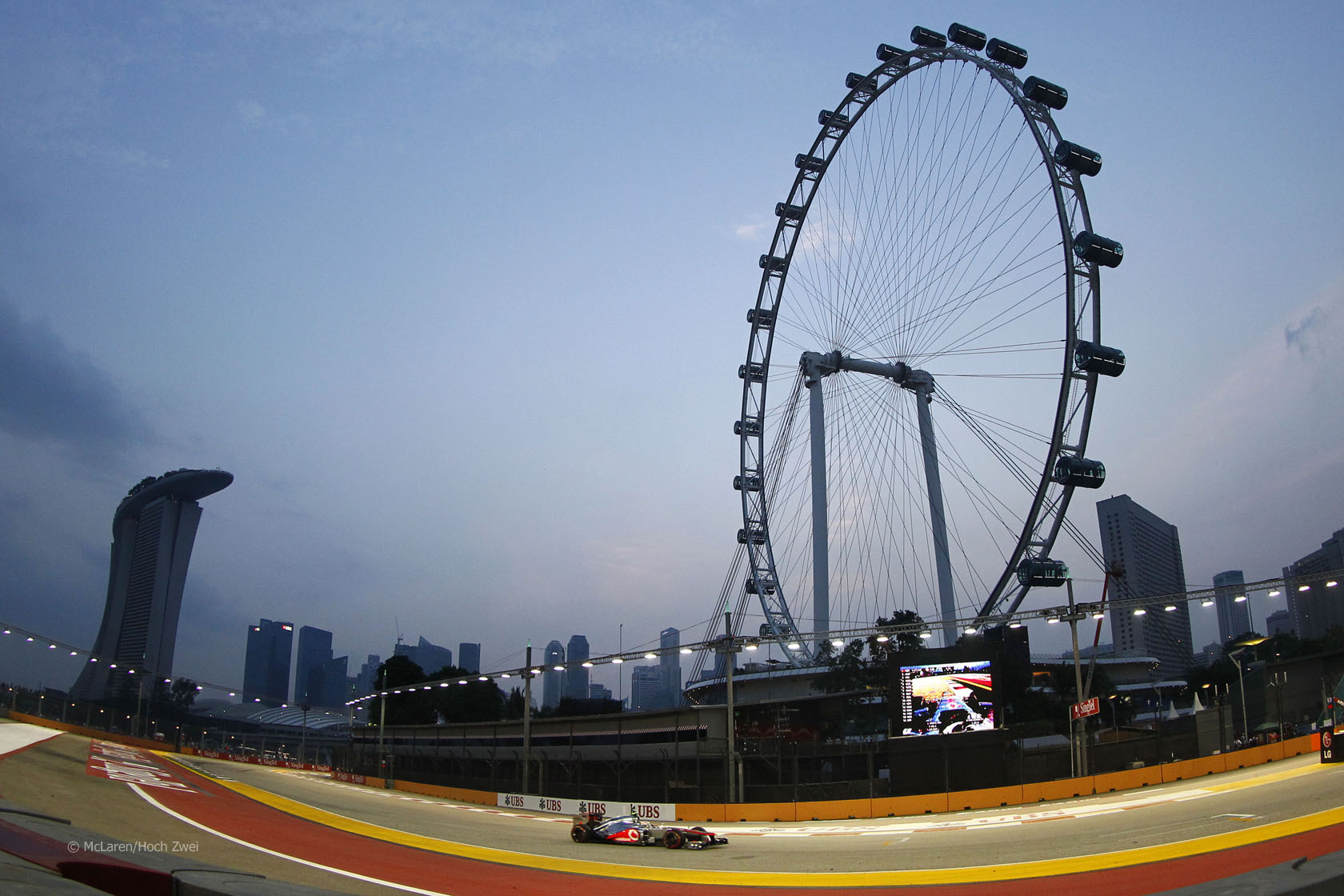 It’s the sixth running of the Singapore Grand Prix this weekend so the sultry weather conditions and midday thunderstorms are by now well known to the teams.

The F1 action at the track does not begin until 6pm local time on Friday and Saturday, by which time the usual rain showers tend to clear away, though they can leave the circuit damp for the first practice sessions of the day. Drivers haven’t had to contend with rain during qualifying or the a in Singapore since it first appeared on the calendar in 2008.

The oppressive heat and humidity poses a greater challenge, with conditions similar to those in Malaysia, the temperatures only dropping slightly thanks to the onset of nightfall. Temperatures will remain close to 30C as late as 8pm, the race start time.

Interestingly, some forecasts for Sunday suggest the rain may hang around slightly longer than usual, increasing the possibility of the race starting on a damp or wet track.

As always there will be regular updates on the track conditions during each session on F1 Fanatic Live and the F1 Fanatic Twitter account.