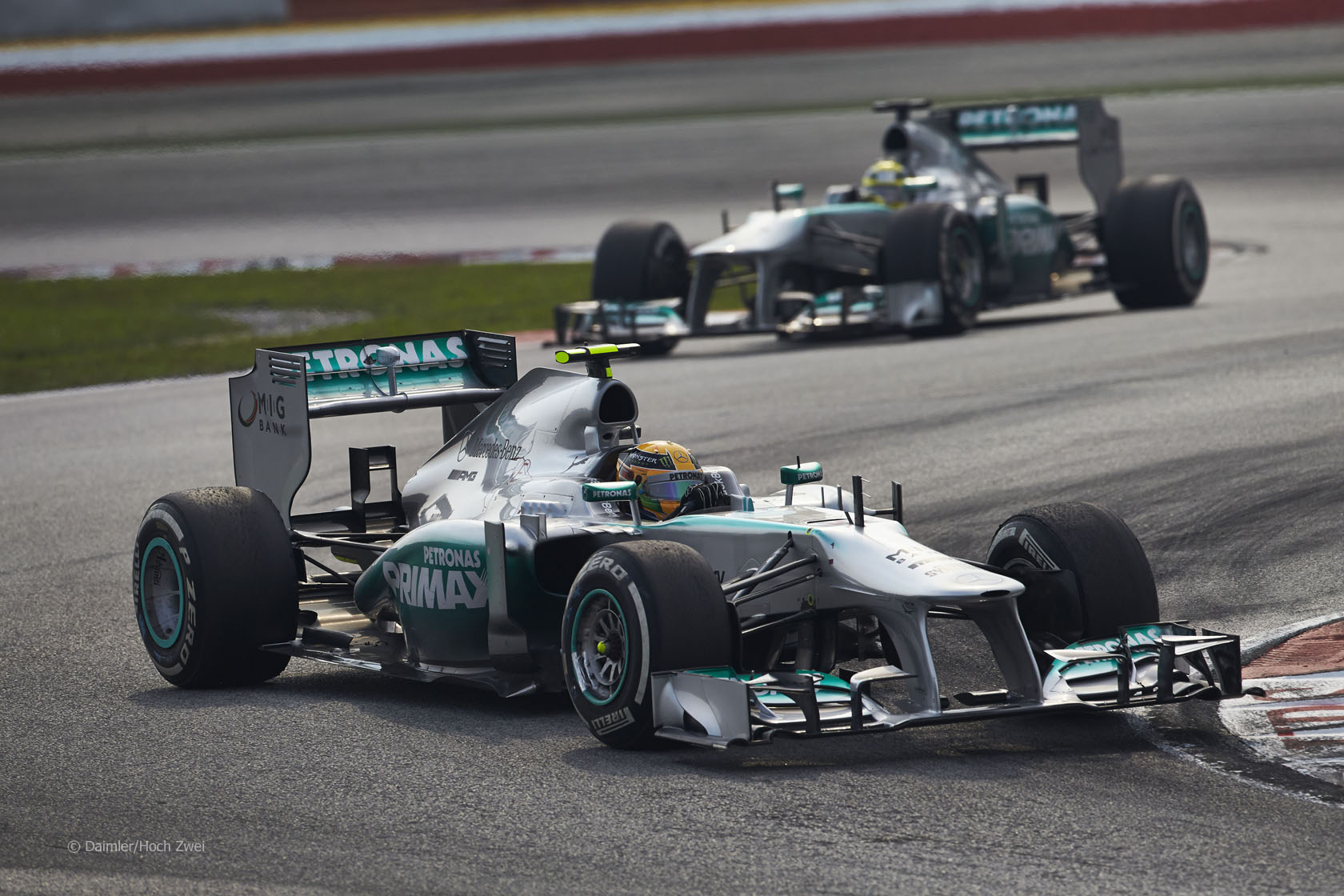 “I think Nico this weekend was perhaps a little bit happier with the balance and got the car where he wanted it for qualifying, and perhaps Lewis didn’t. But the differences are tiny; it’s not like one driver is having a disaster and the other is having a great day. I think it’s just the normal variances that you get, and quite frankly it’s great to see from both of them.”

“We were about to leave the room when race control gave us some more footage of the way it had been executed and when we saw the footage I have to say it was dangerous – dangerous on several levels.”

“Rules are rules. The inference of their application in Singapore is more important: Snap out of it, Mark!”

Toto Wolff: “People said it was boring when Michael (Schumacher) was winning all the time, now people say the same with Sebastian. This is the downside of success.” Caterham: Kovalainen an option for ’14 (Autosport)

Tony Fernandes: “It is no secret that I am close to Heikki and I have a lot of time for him, so let’s see.”

Oksana Kosachenko, former manager of Vitaly Petrov: “Formula One grand prix requires around 600 marshals who need to be not only trained for the event but also speak English. In that case we have a big problem as very small percentage of the population can speak English.”

The thinking behind a decision ?¾įķ╝įŪŻ Part 1 (Ferrari)

Head of strategic operations Neil Martin: “On Friday, we also carry out many simulations to determine how the others will tackle the race, based on their strong points.”

“Consumer demand for quality, live content across different platforms is now the norm and with the emergence of bandwidth-hungry production workflows such as Ultra HD, quick turnarounds and availability of content across multiple platforms is becoming a hygiene factor for content owners.”

“Though it is suspected that there might have been a rear suspension failure, which is depicted in the Rush movie, footage of the crash shows Lauda’s car fishtailing as he loses control and veers into the wall, which could have also been the result of a damp spot on the track where he entered the bend.”

“Inspired by Formula One, Mr Bost’s car is road legal with number plates and a tax disc and he uses it to run errands.”

Hey guys, the Facebook page that is apparently giving away a signed pair of gloves that I wore is not me. Just a heads up ­¤śē #fake #sorry

Linda1 on the battle between Alain Prost and Michael Schumacher featured in yesterday’s round-up:

That battle between Prost and Schumacher could never happen today sadly.

The DRS would have got Prost by very easily. But equally importantly Schumacher would never have got the lead with today’s tyres and tyre regulations.

Schumacher won that race by planning two stops, but when tyre wear was better than expected and he found himself in the lead he ditched the planned second stop and tried to hold on to the end.

Today the tyres would have fallen to bits forcing a second stop or seeing him so uncompetitive Prost would be past easily. But also he?¾įķ╝įõ¾d have had to do a second stop anyway in order to run both compounds.
Linda1

Mika Hakkinen reasserted himself in the 1998 championship battle by winning the Luxembourg Grand Prix at the Nurburgring (in Germany, of course) on this day 15 years ago.

The Ferrari drivers occupied the front row but Hakkinen passed Eddie Irvine early in the race then jumped Michael Schumacher at the first round of pit stops to regain a four-point margin over his title rival. David Coulthard claimed third.

143 comments on “Differences between Hamilton and Rosberg “tiny””