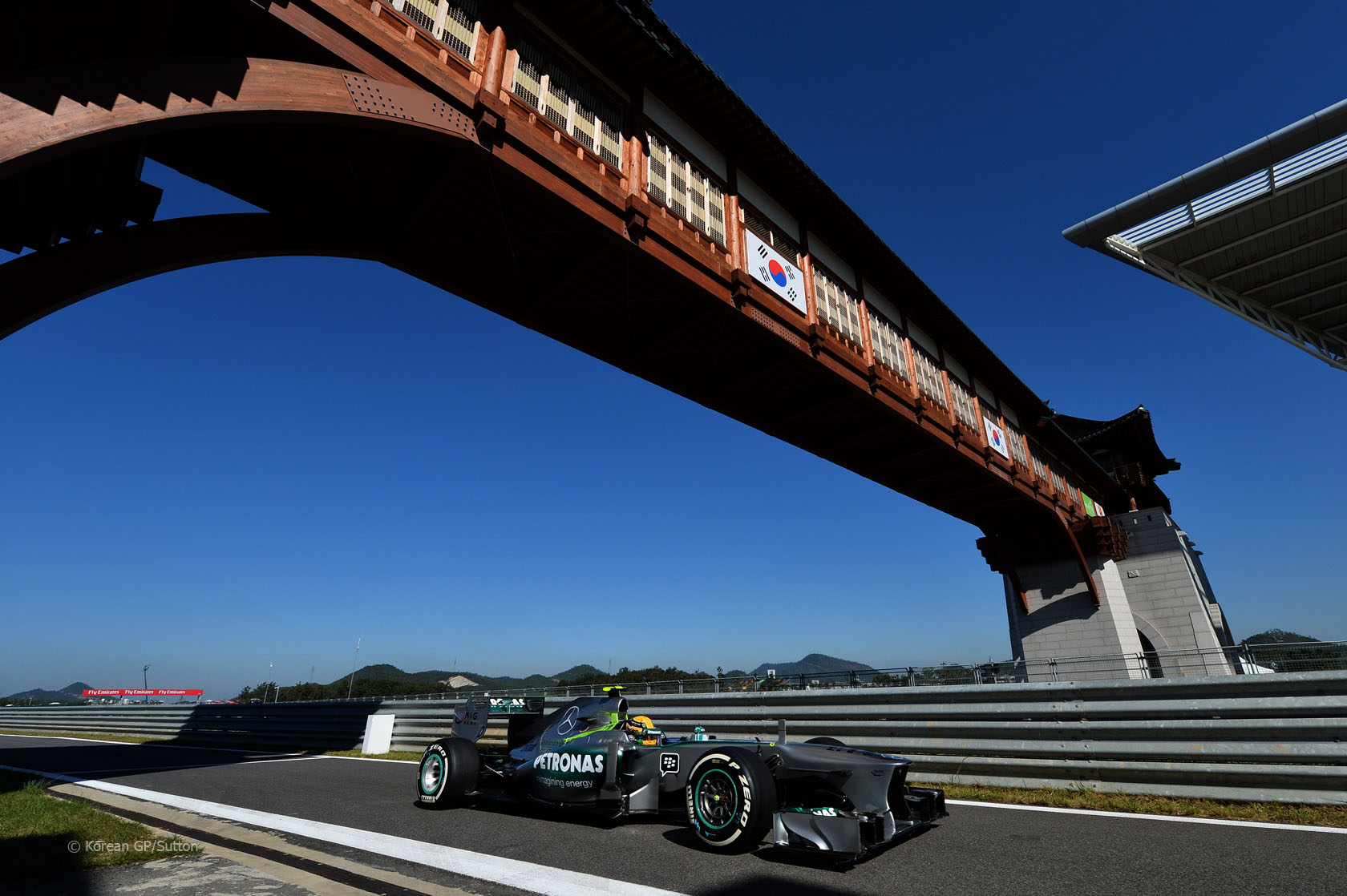 A minor spin during practice in Korea didn’t keep Lewis Hamilton from heading the times sheet after the first 90 minutes of running.

But Kimi Raikkonen had a bigger drama as he crashed at the final corner moments before the session ended. The Lotus driver lost control of his car in the middle of turn 17 and spun into the barrier nose-first.

Moments earlier Sebastian Vettel had given a reminder of Red Bull’s potential by lapping just three-hundredths of a second slower than Hamilton on much older tyres.

The first practice session for the Korean Grand Prix began in bright, sunny conditions with the track temperature already 30C. After taking to the track for their first installation laps several of the drivers reported the track’s new pit lane exit was very bumpy.

Rodolfo Gonzalez was the first driver to set a time but was clearly struggling for grip. He’d already run wide more than once before he lost the car at the exit of turn 13, knocking the car’s nose off. “I’m really sorry guys,” he told the crew as he brought Jules Bianchi’s car back into the pits.

Several other drivers lost control of their cars on the slippery track without crashing. James Calado, the only other reserve driver participating in the session, also had a spin, as did Hamilton.

Felipe Massa’s session was spoiled when a puncture was detected on his front-left tyre shortly after he took to the track for his first timed run halfway through practice. He returned to the pits and only reappeared in the final minutes.

Mark Webber and Nico Rosberg made it both Red Bulls and Mercedes in the top four. Jenson Button gave McLaren some encouragement with the fifth-fastest time.

10 comments on “Hamilton quickest as Raikkonen crashes in Korea”