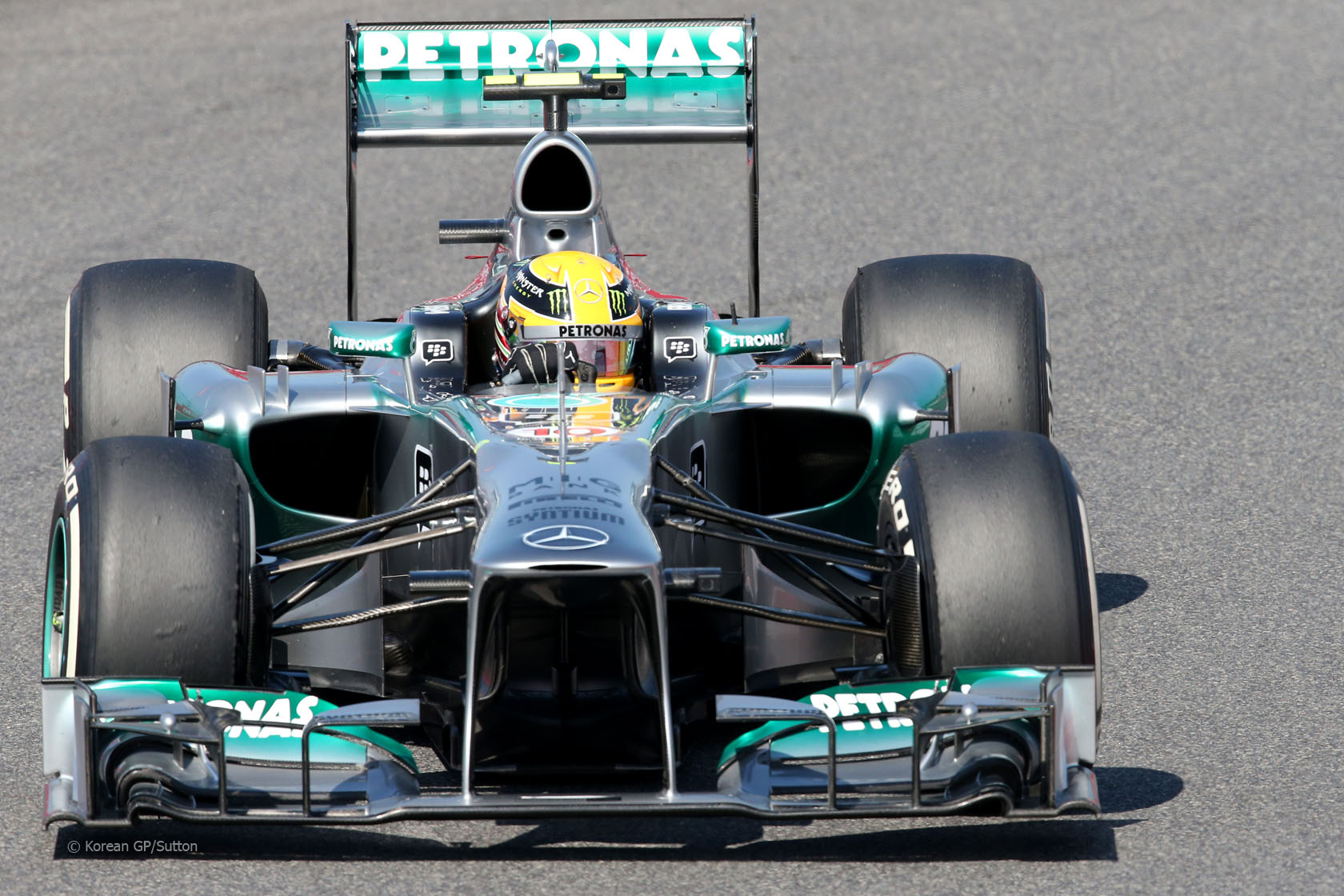 Sebastian Vettel set the fastest lap of the Korean Grand Prix two laps before the end of the race – despite being warned to look after his front-right tyre.

Tyre wear and degradation were major concerns for the drivers during the race. One of the worst-affected was Lewis Hamilton.

As the graph below shows his tyres started to go off in a bad way around lap 22. At first his team thought they were going through a phase of graining and would recover – but they didn’t.

“The tyre was losing temperature and I was locking up, I couldn’t get around the corners,” said Hamilton. He was probably fortunate the two Safety Car periods reduced the pace during his second stint on the medium tyres, which was six laps longer than the one he suffered the worst graining in.