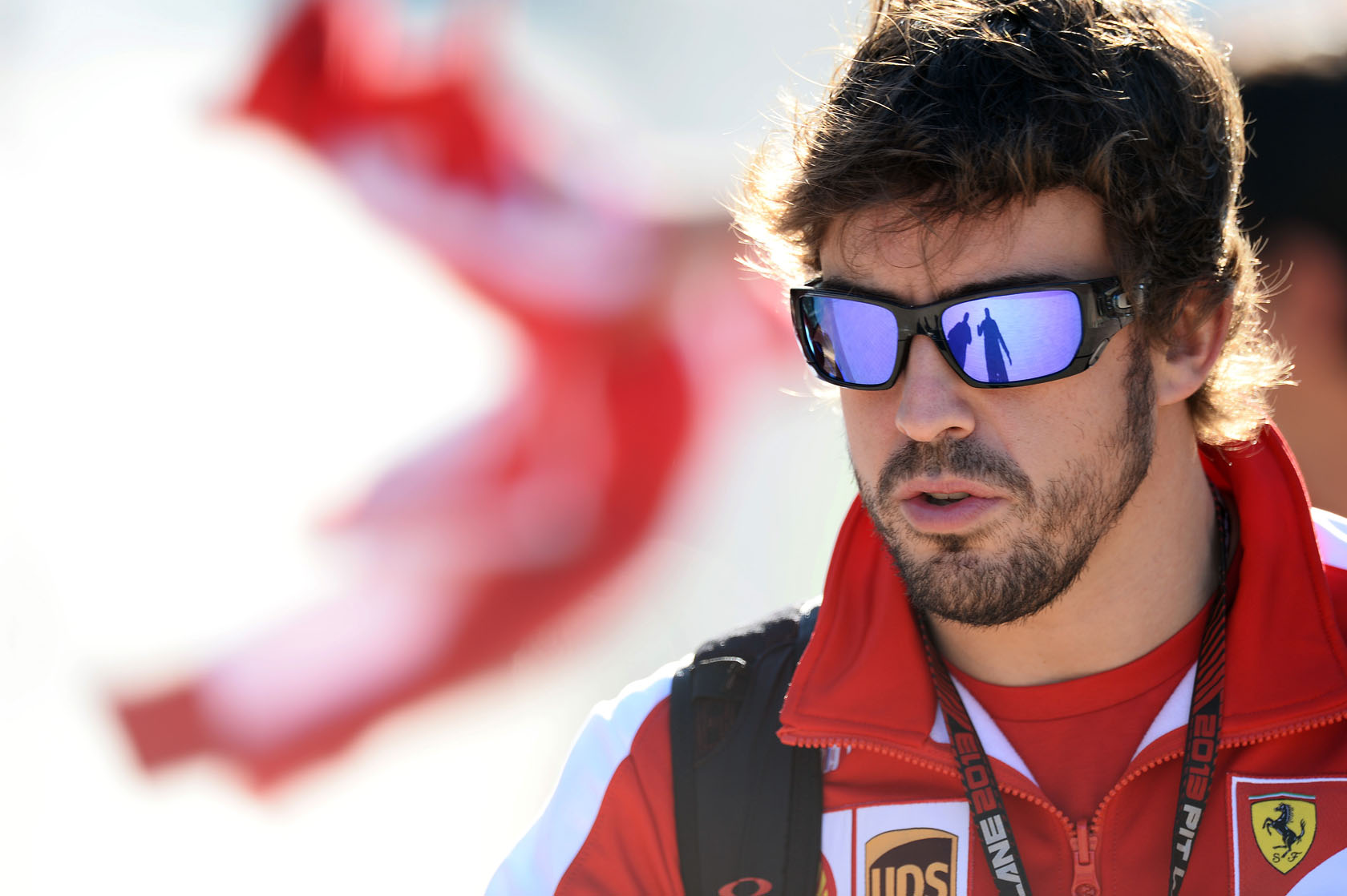 In the round-up: Sharp words between Fernando Alonso and Pirelli over the current tyres.

Pirelli motorsport director Paul Hembery: “I can only suggest [Alonso] goes to ask the soon-to-be four-times champion how to get the best from the same tyres.”

Monisha Kaltenborn: “I am ruling out that he would drive for us. Maybe it is better if one is that clear about it.”

“For me, it was definitely better qualifying on the other tyres, they were a bit more sharp on the front end.”

In Formula One, a Grip Not Easily Loosened (The New York Times)

“While crediting Ecclestone for using his ‘dictatorial style’ to globalise the sport and swell its wealth, Whitmarsh said that the fear that one-man rule has generated has inhibited discussion of the sport’s future. ‘Nobody wants to talk about it openly, because it’s disrespectful of Bernie and because we learned years ago that speaking disrespectfully of Bernie is not good for business,’ he said.” Korean GP future up in air: promoter (The Japan Times)

“Acting promoter Park Won-hwa said it will be difficult for the event to continue unless F1 supremo Bernie Ecclestone makes major concessions on the hosting fee and other terms.”

Fighting to survive: Could this be the last Korean GP?

“An official sign on entry to the Korean International Circuit reads ‘Thank you Mr Ecclestone for the 2013 Korean Grand Prix,’ but cynics think something this toadying is unlikely to facilitate is the cut in fees that the financially imperilled circuit owners are seeking.”

“Under its contract with F1, Yeongam hosts three more GPs after this one until 2016. It remains to be seen whether there will be an F1 event in Korea after that as the GP has been a crippling money loser for the small South Jeolla Province town.”

“In Korea, Ferrari have introduced these small, C-shaped turning vanes at the lower leading edge of the F138’s sidepods.”

Lot's of things have being said this week about a possible F1 return. The truth is: " if there is an opportunity, I 'm in,"

Current radar of typhoon #FITOW off NE Taiwan. Just as well this didn't go to Mokpo… the race wouldn't have run. pic.twitter.com/eMhJ8AkLvM

Just asked Whitmarsh about non-driver changes ahead of 2014. He said McLaren had made some signings "which will be headline-grabbing"

Ganassi also noted that "Ron Dennis didn't let Montoya test for me, and I wasn't even running against him."

Marks will be disappointed by Whitmarsh’s comments on Nico Hulkenberg:

I’m actually quite upset by Hulkenberg not having already been signed. I like Hulkenberg because of his pole in Brazil 2010, that drive in Brazil 2012 and his qualifying and drive recently at Monza. I jumped off my couch in 2010 I was so excited.

Esteban Gutierrez is improving but he’s not got a pole or even close. Hulk did get soundly beaten by Rubens in 2010 yet got that pole. It’s that something extra that Ricciardo, Vergne, Grosjean, Massa, Di Resta, Sutil, Gutierrez and Bottas don’t have (or haven’t demonstrated up to this point). Even Perez showed something last year, which deservedly got him a better ride.

Is it possible that the big teams are afraid of Hulkenberg? That he’s got the potential to out qualify the big four? in any case, I honestly believe Hulkenberg in the same machine (Lotus) could put the car ahead of Webber and achieve third without the help of a Webber grid penalty.
Marks

Francois Cevert lost his life 40 years ago today when he crashed during practice for the United States Grand Prix at Watkins Glen.

Cevert was poised to take over from Jackie Stewart as team leader at Tyrrell. Stewart was due to retire following what would have been his 100th start, but withdrew following Cevert’s death.

72 comments on “Pirelli hit back at Alonso over tyre complaints”