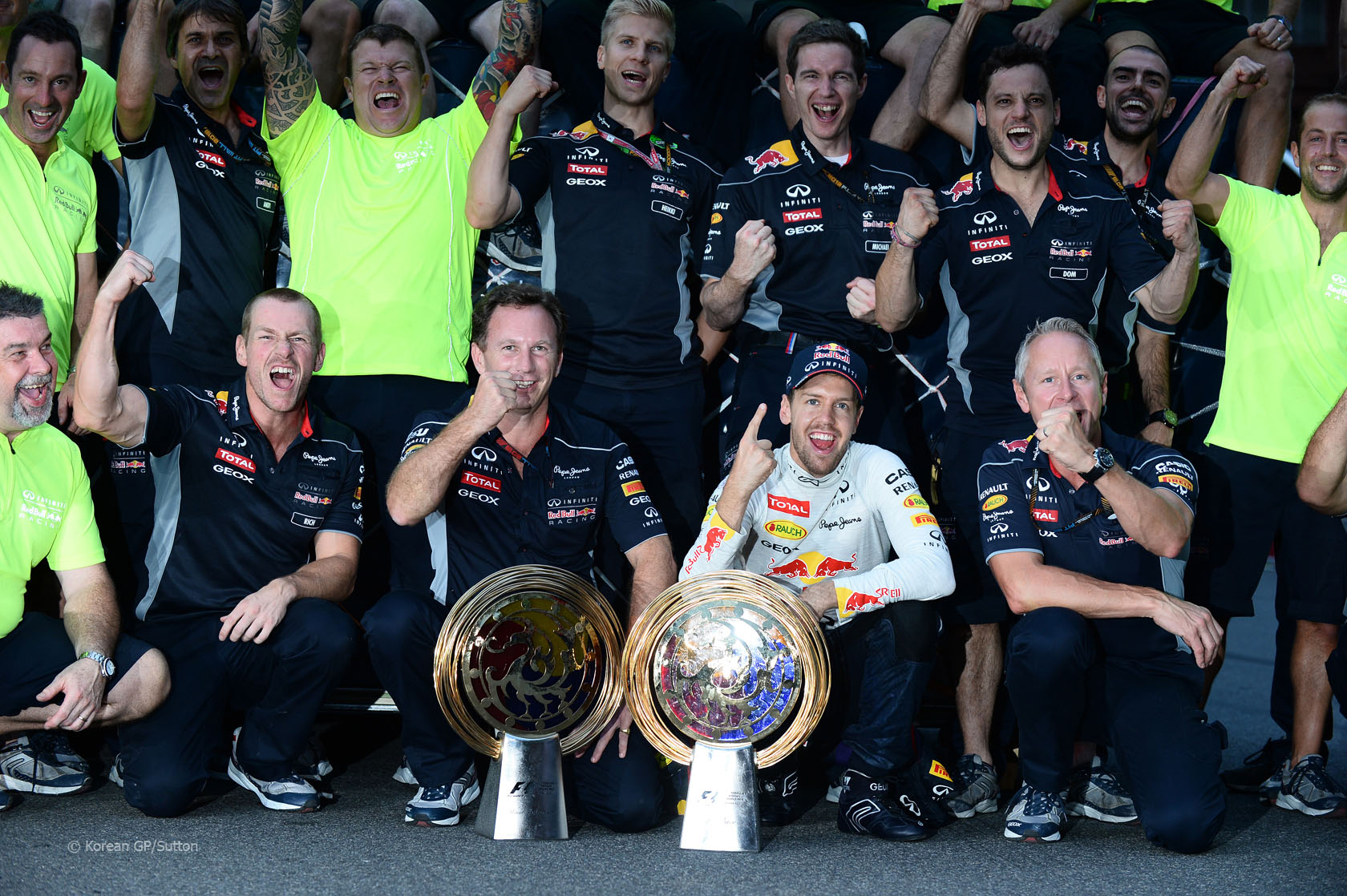 It’s the fourth time he’s achieved the feat. As detailed in the last Stats and Facts, three other drivers have as many ‘grand slams’ – Jackie Stewart, Ayrton Senna and Nigel Mansell – and only three others have more: Jim Clark, Alberto Ascari and Michael Schumacher.

Vettel racked up his 34th career win and his third in a row in Korea which, in addition to Singapore, means he has now won three consecutive races at two different venues.

It’s the third time in his career he’s won four races in a row. However he’s yet to win five or more races in a row, something only five F1 drivers have ever done: Alberto Ascari, Michael Schumacher, Jack Brabham, Jim Clark and Nigel Mansell.

Vettel has now led the last 142 laps in a row – ever since Fernando Alonso pitted from the lead during the Italian Grand Prix. His personal best is 205 consecutive laps in the lead which he achieved last year in the Singapore, Japanese, Korean and Indian Grands Prix. That is fifth in the list of most consecutive laps led by a driver, which is headed by Ayrton Senna on 267.

He has also now led 208 of the 220 laps raced in Korea. In 2010 he retired from the lead with engine failure ten laps from home.

Vettel’s 42nd career pole position was also the 208th for a car powered by a Renault engine. That puts them level with Ferrari as joint holders of the record for most poles by an engine manufacturer:

This was the 125th pole position for a German driver, meaning they now have as many as Brazilians. Only British drivers have managed more, with 217.

With 272 points, Vettel could surpass his 2011 record total of 392 over a similar 19-race schedule, but he’ll need to win all the remaining races to do it.

For the second race in a row Esteban Gutierrez enjoyed the best starting position of his career so far. He was tenth on the grid in Singapore and eighth in Korea.

Paul di Resta was not running at the end of the race for the fifth event in a row.

It was the busiest weekend for reprimands so far this year with six handed down to four different drivers – all of them from Caterham and Marussia. Jules Bianchi and Charles Pic got two, their team mates had one each.

Spotted any other interesting stats and facts from the Korean Grand Prix? Share them in the comments.