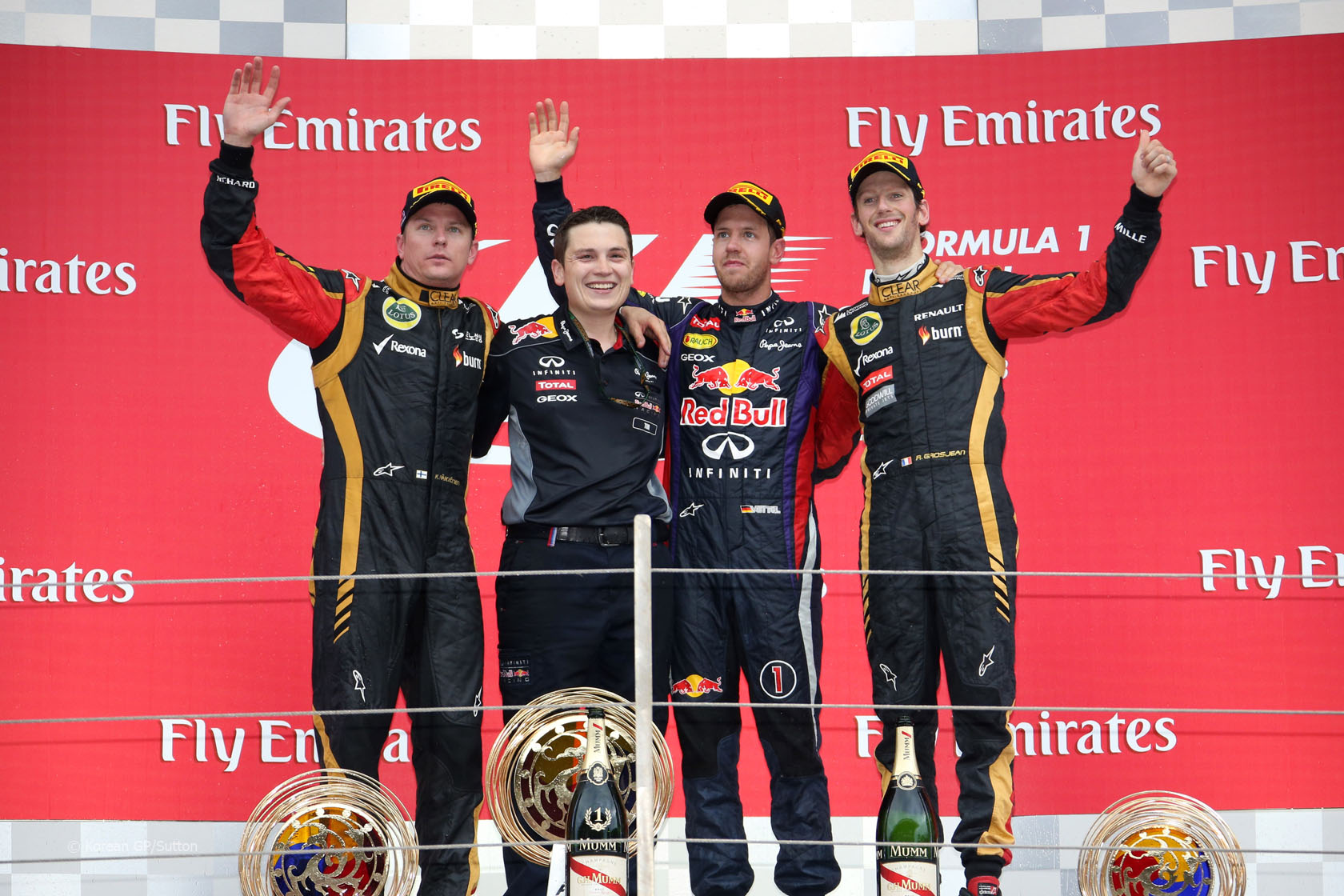 Guglielmilo claimed the top prize – including a copy of F1 2013 Classic Edition – in a low-scoring round of the F1 Fanatic Predictions Championship.

The runner-up spot went to Jason with Yanagi-Tei in third place, all of which scored 19 points.

Unfortunately KimiTheChamp failed to live up to their name, narrowly missing out on the prizes despite tying for the top score with the other three.

The overall championship points situation continued to close up with @Sebsronnie’s lead now down to less than ten points.

Here’s the details of what the top three players won in the Korean Grand Prix round:

Remember you can enter your predictions for all the remaining races below starting with this weekend’s Japanese Grand Prix. See the updated points standings in full here:

You could win ?ť?ķ200 to spend on your choice of products from the incredible range of F1 memorabilia and F1 merchandise at mementoexclusives.com.

From race-used car parts to Formula One artwork, innovative F1 designer, furnishings and official F1 team merchandise, you will have no trouble finding items to spend your ?ť?ķ200 on!

Published every month, GP International features stunning photography and features by some of the sport?ů‘ťľ‘šůs best writers.

1. Maximum one entry per household.
2. The competition is not open to employees, friends or family of F1 Fanatic, Silverstone Circuit, Memento Exclusives, Car-a-Day, GP International, Codemasters, Pirelli or Duke Video.
3. Predictions will be promoted on the front page of F1 Fanatic before closing prior to the start of qualifying.
4. In each round players are invited to predict (a) who will be on pole position and (b) what the top five finishers will be (five different drivers) and will score points in each round as follows:
a. Correctly naming the pole sitter: 2 points
b. Correctly naming one/two/three/four/five driver/s who finish in the top five: 1/2/3/5/8 points
c. Correctly predicting where one/two/three/four/five driver/s finish: 2/6/14/24/40 points
5. Whoever scores the most points in every race counting towards the Formula One World Championship wins the grand prize.
6. In the event of a tie on points the winner will be determined by who is closest to predicting the pole position time correctly. If that fails to produce a winner the editor will choose a means of deciding who has won.
7. Predictions must be entered using the form above. If you have trouble submitting your entry via the form please contact F1 Fanatic via email and send your prediction using the contact form.
8. In the event of a dispute the editor?ů‘ťľ‘šůs decision is final and no correspondence will be entered into.
9. No cash alternative is offered for any of the prizes.
10. Grand Prix tickets: Children must be accompanied by an adult. Accommodation and transport to the venue not included.
11. Players who have won prizes will be notified by email within seven days of each Grand Prix. Grand Prix tickets will be despatched once they are available.