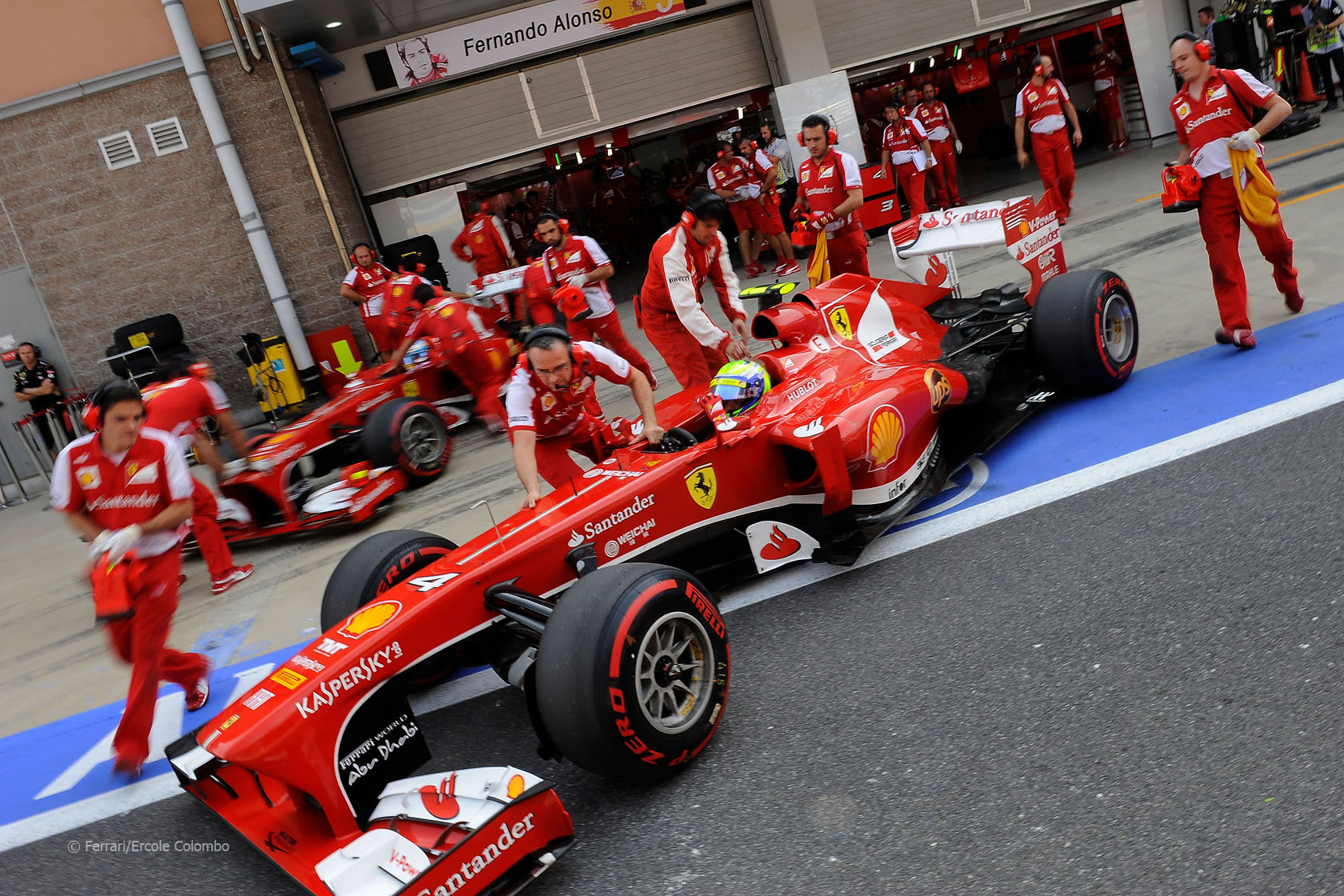 In the round-up: Ferrari team principal Stefano Domenicali concedes it is unrealistic to expect they can beat Red Bull now.

“We need to be realistic. We know it is almost impossible to win the title, so congratulations to him (Vettel) and to what they (Red Bull) are doing because at the end of the day if they have that (the title) they deserve that.”

“We did a miracle for 15 races and we try to keep this miracle alive for the remaining five.”

No reining in the bulls (Sky)

“‘These super-softs won’t even do a lap around here before overheating,’ complained Alonso to Pirelli’s Paul Hembery early in the Korea weekend. Hembery countered that he agreed: they wouldn’t. But he then asked the Ferrari driver if he knew who had asked that Pirelli bring the super-soft as the option tyre rather than the soft. Fernando did not. ‘Your boss,’ Hembery was able to inform him.”

“I think one of the concerns for the sport is that it becomes a powertrain race. We are mindful of the fact that we currently have three and will shortly have four auto manufacturers. If one of those manufacturers doesn’t do a good enough job at the start of next year, and doesn’t have the scope by which they can become competitive, then there’s a pretty good chance they won’t be in Formula One for very long, which wouldn’t be good for the sport.” McLaren hope to find Magnussen a seat in F1 (Reuters)

“McLaren have had talks with Lotus, Force India and Marussia about giving an opportunity to Magnussen next season.”

“Over the term of the deal that has just been agreed with Formula One, the FIA will get around $375 million [?é?ú233.9m]. If there was no middle man and a structure similar to that of the IOC the FIA would be getting $1.6 billion [?é?ú990m], based on current earnings ?óÔéĽÔÇŁ without any growth.”

Felipe Massa: “Even on Thursday when there is no track action, the fans are there in the grandstands opposite the pits, whether it is dry or raining. That?óÔéĽÔäós the most incredible thing about racing in Japan, looking at the excitement and the love the fans have for Formula One.”

“I only did 18 starts and couldn?óÔéĽÔäót get a point and in qualifying I was always massively off the pace from my team-mate, around two to five seconds. I never overtook any cars during my F1 career. I believe definitely I am one of the worst Formula One drivers ever.”

“When I raced the Grand Prix I thought I knew Suzuka well from Formula Three, but in Formula One everything was different. The car was so fast that the track felt completely different! So my first impression – driving the Simtek in 1994 – was like the first time I ever drove the circuit. Also, the Simtek didn?óÔéĽÔäót have the paddle shift; I still had the stick, it was so difficult!”

It's what's inside that counts. It's the MP4-4. #epic pic.twitter.com/zccI3b0TBL

Columnist? I haven't read a contract with Lotus F1 properly. I thought the agreement is for official race driver for Lotus F1. Oh dear…

Will F1 drivers have heads-up displays in the future?

Seeing Hamilton playing around with Google Glass, it?óÔéĽÔäós hard not to wonder how long it is before we see drivers using such technology to overlay vital information through their helmet visors.

It can?óÔéĽÔäót be too difficult even with current hardware to create a visor that offers the drivers a view similar to ones viewers see whenever the TV director switches to infra-red cam.
@Prateek727

Julian Bailey turns 52 today. He sold his share of a pub to pay for his first F1 season at Tyrrell in 1988 – unfortunately the 017 chassis was a disaster.

After losing his F1 seat he drove for Nissan’s Sports Car team before making a brief return to grand prix racing in 1991. A four-race stint as Mika Hakkinen’s team mate at Lotus included a single point for sixth at Imola, before he was replaced by Johnny Herbert.

He later drove for Toyota in the British Touring Car Championship and famously knocked team mate Will Hoy onto his roof during the British Grand Prix support race in 1993: