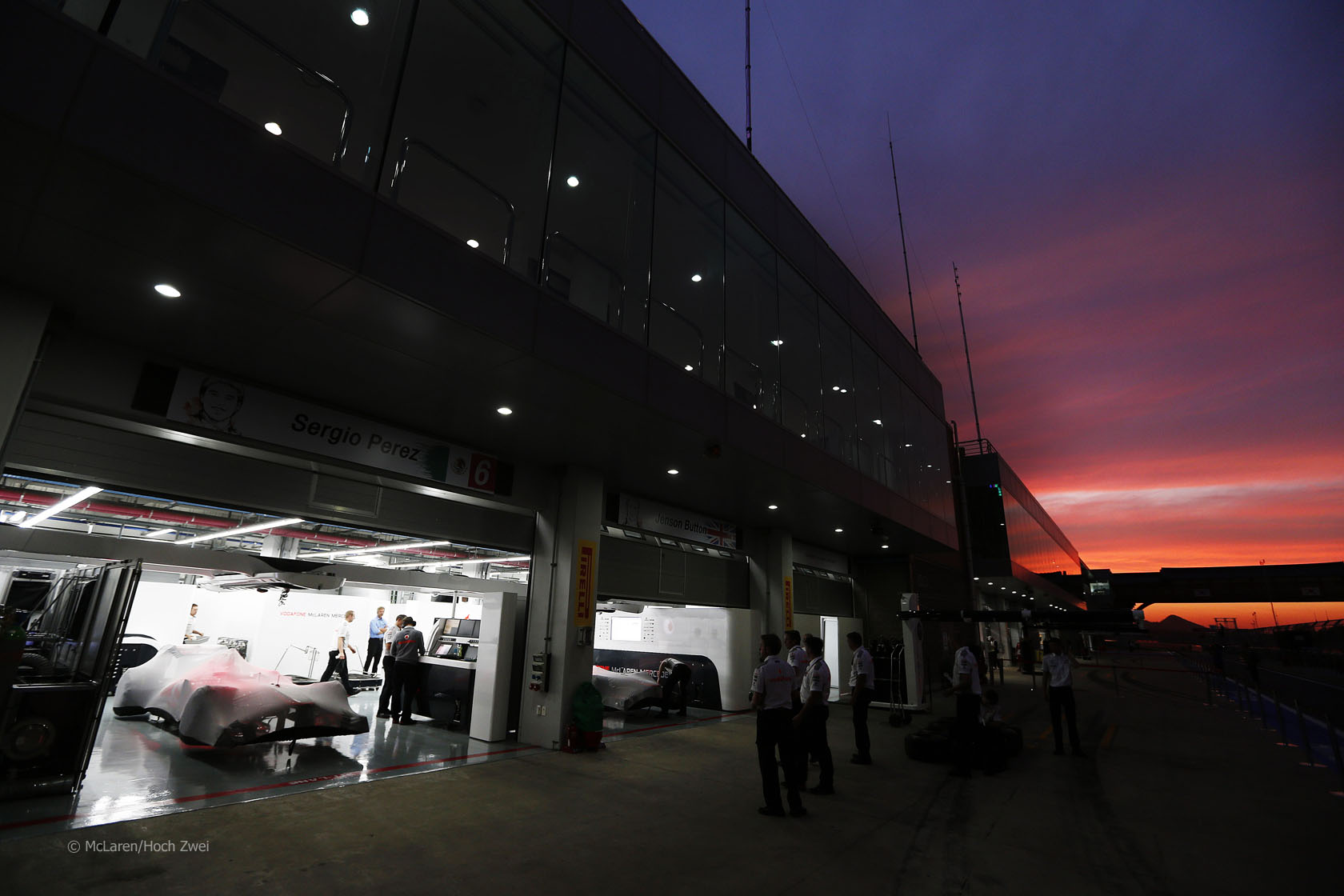 Ten of the best pictures which tell the story of the Korean Grand Prix weekend. There’s no mistaking how these six drivers felt about having to attend Thursday’s press conference. The archetypal Korean Grand Prix picture shows the cars heading beneath the track’s distinctive bridge. But after first practice the recovery of Kimi Raikkonen’s damaged Lotus, which he planted in the barrier at turn 18, gave a twist to this particular. The McLaren MP4-28s sit beneath their protective covers in parc ferme as the sun goes down on Saturday night. Mark Webber suffered a luckless weekend but he at least found some support among the modest numbers of fans who attended the race. At the beginning of lap 31 Sergio Perez had a major lock-up on the way into turn one. Raikkonen, obscured by the tyre smoke, passed the McLaren on the way out of the corner.

That proved fortunate as moments later Perez’s tyre exploded. Webber, seen here exiting the pits, was showered with debris and also suffered a puncture, sending him straight back into the pits again. It was another strong weekend for Nico Hulkenberg who equalled his career best finish with fourth place after holding off Alonso and, later, Lewis Hamilton. After losing second place to Raikkonen, Romain Grosjean was unhappy at being held up and repeatedly asked his team to be let past, but his requests were denied.

On his way back to the pits he was told: “We’ll talk about this in the office after the race of course but for now big ******* smile on the podium please, big ******* smile” (censored by FOM during the broadcast). For the third race running their was no Mercedes-powered car on the podium.

Nico Rosberg and Perez park up in their grimy cars, Jenson Button having already climbed from his. In contrast to the cars in the previous picture, Sebastian Vettel’s Red Bull looks almost pristine as he pulls up after leading every lap of the Korean Grand Prix and claiming his eighth win of the year.

In Korea he wore a helmet with “ten”, “eleven” and “twelve” written on the top, denoting the three years he won his world championships. It looks increasingly likely he’ll need to add “thirteen” to it soon.