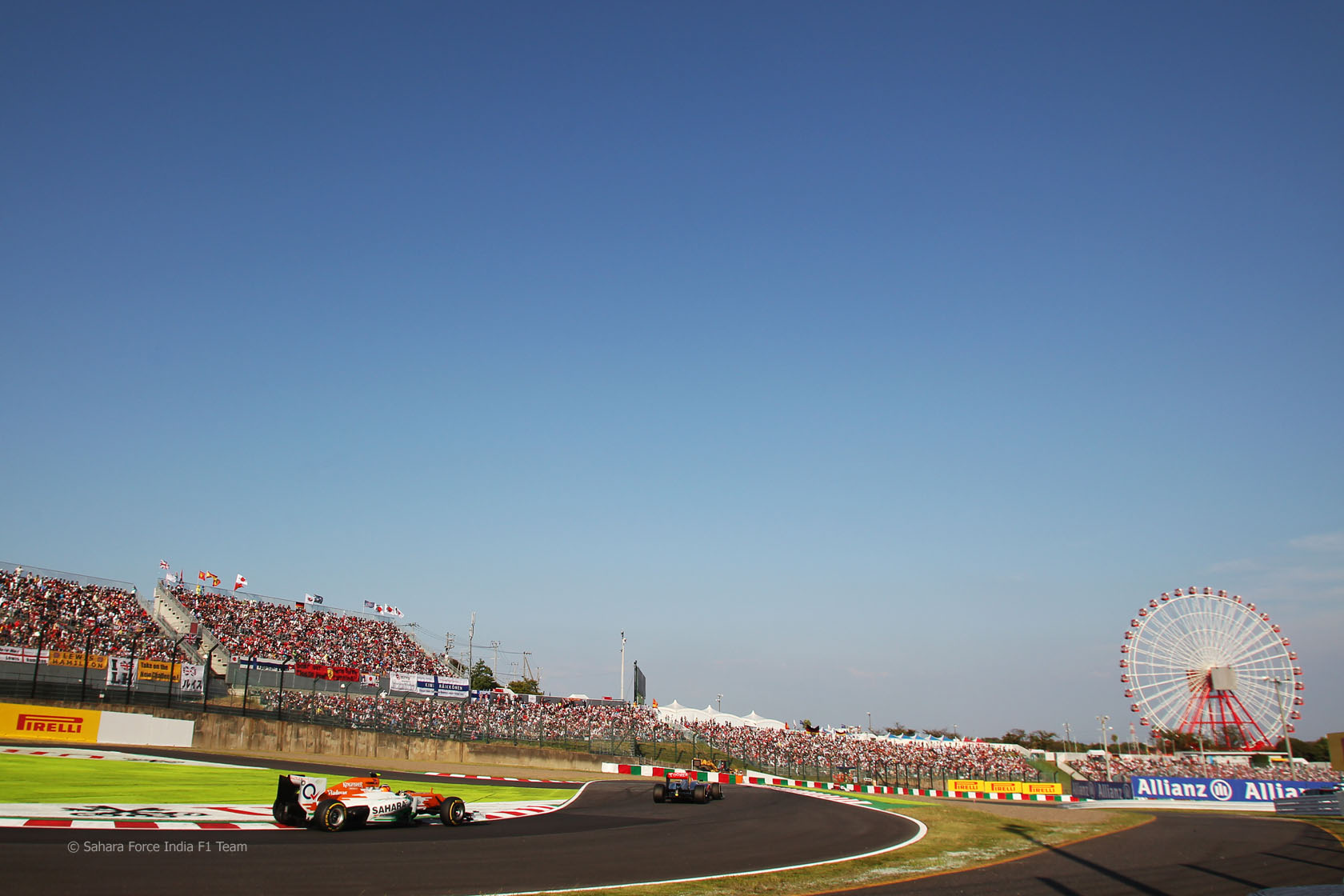 Another week, another tropical storm in the vicinity of an F1 race weekend. But as with Fitow in the run-up to the Korean Grand Prix last week, Tropical Storm Danas looks like it will dodge the Japanese round at the time of writing.

“Tropical Storm Danas is currently heading towards Japan and is expected to skirt the coastline over the next few days,” said Williams chief race engineer Xevi Pujolar.

“It should pass through the area prior to qualifying and the race, but there is a chance that its direction and speed may not be as forecast.”

If the storm were to hit the track it would put the new storm drains installed at the circuit last year to the test. But at present the storm looks set to move around the north of Japan, away from Suzuka.

The teams and drivers were greeted by very wet weather in the area yesterday. However dry conditions are expected for this weekend’s action.

The running will begin on what is expected to be the warmest of the three days. Friday will see air temperatures rising towards 30C and a slim chance of showers.

That small rain risk will disappear over the next two days but conditions won’t be quite as warm either. Sunday is likely to be the coolest of the three days with the mercury only just making it past 20C.

Suzuka is in Mie prefecture, west of Tokyo.

4 comments on “F1 to avoid another tropical storm in Japan”