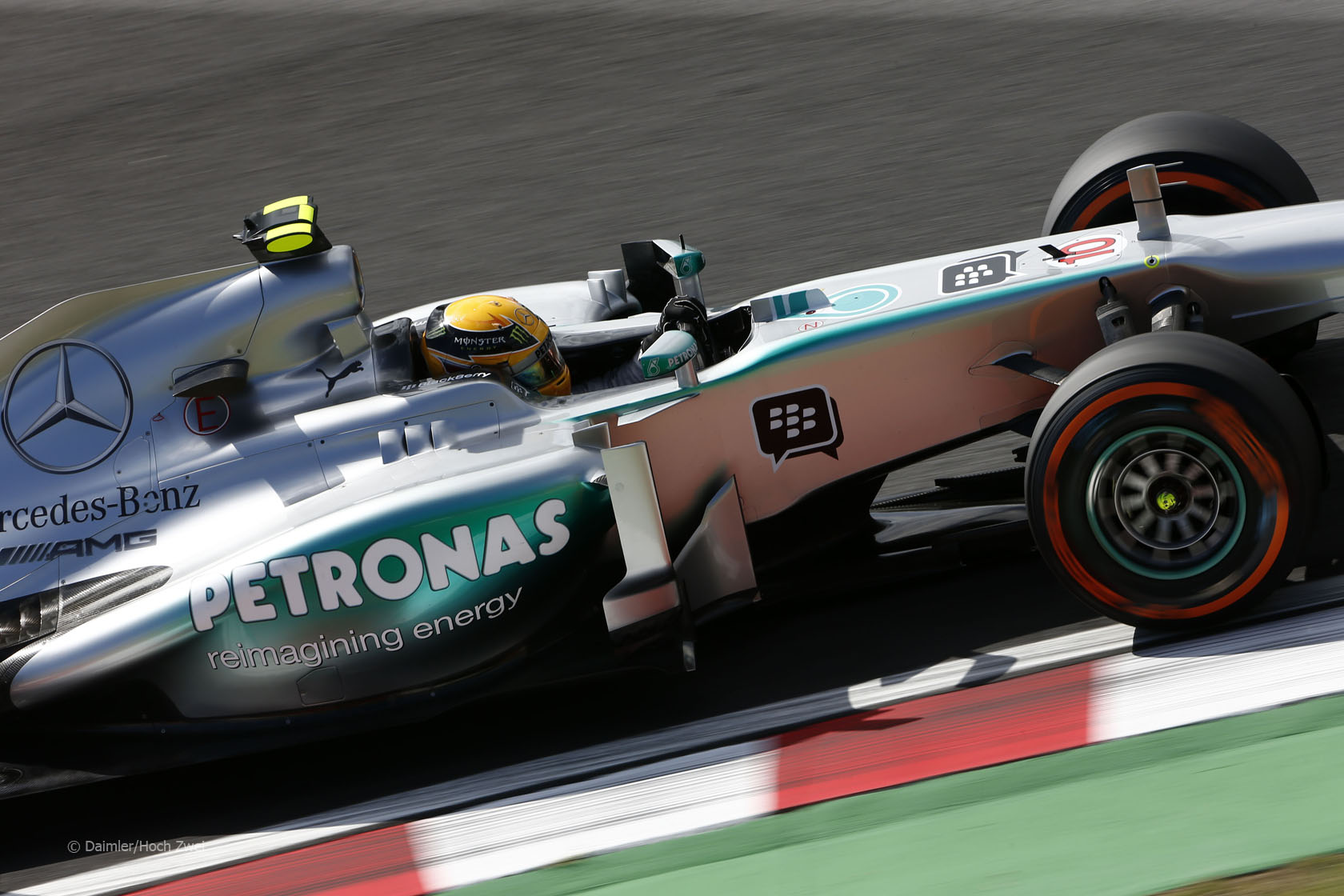 Mercedes were comfortably quickest in the first practice session for the Japanese Grand Prix, Lewis Hamilton over six-tenths of a second faster than the next team.

Nico Rosberg made it a one-two for Mercedes followed by Sebastian Vettel’s Red Bull.

There was little to separate the two RB9s, Vettel less than two-hundredths of a second faster than Mark Webber.

The Ferraris and Lotuses were next, Romain Grosjean having gone off at Spoon Curve earlier in the session as he struggled with rear instability.

The Marussia driver went off at Degner 2 on his ninth lap, the car flicking to oversteer at the apex. Bianchi applied opposite lock but found his arm was jammed against the side of the cockpit as he tried to straighten the car. That sent him into the barrier, damaging the front-left corner.

Later in the session Bianchi’s damaged Marussia was joined by Giedo van der Garde’s car. The Caterham driver locked his brakes at the same corner and came to a stop in the gravel trap just shy of the barrier.

At the same time Pastor Maldonado had an unusual failure at Spoon Curve. His left-rear wheel came loose which pitched him into a spin, after which it came off completely.