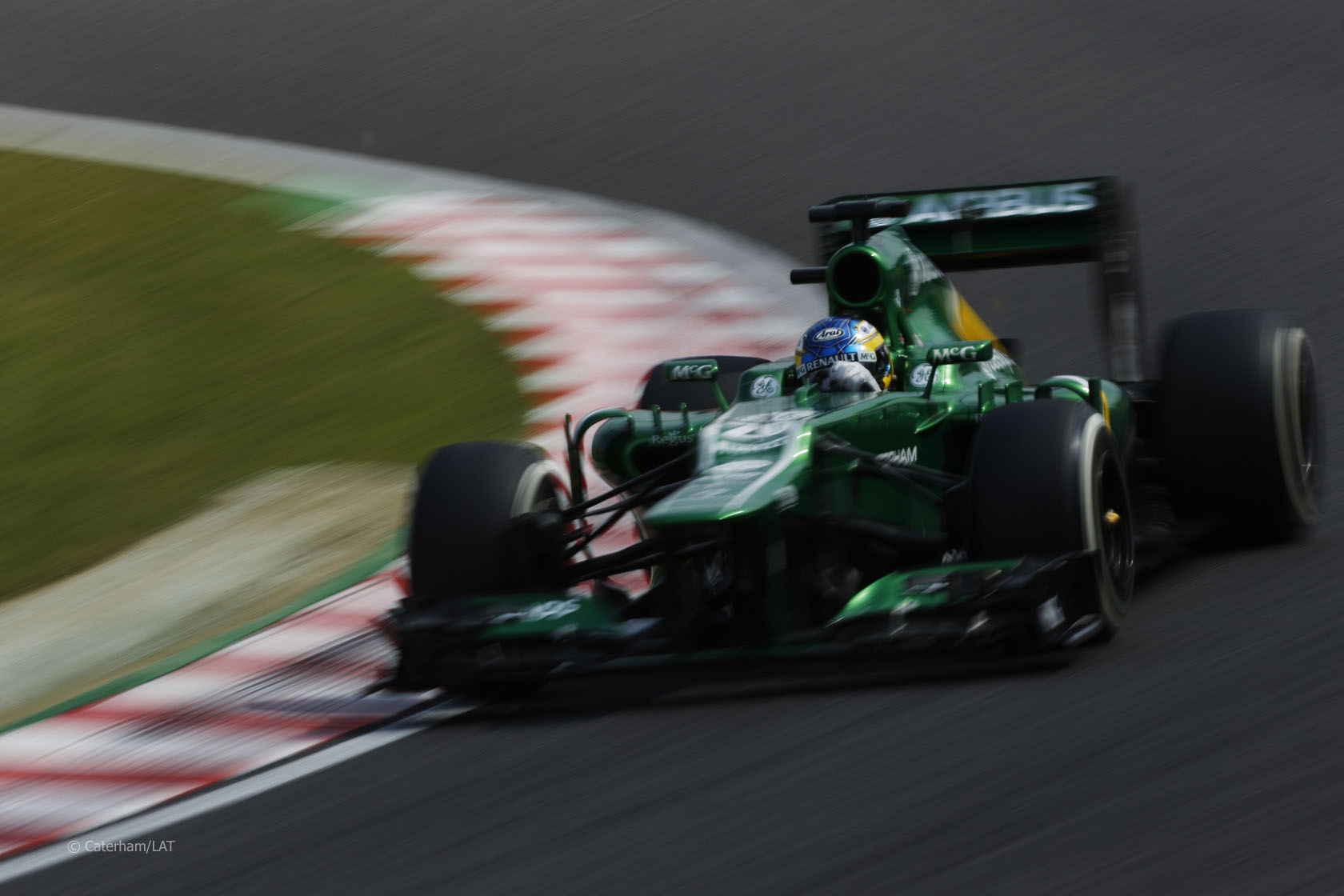 Charles Pic has been given a drive-through penalty for tomorrow’s Japanese Grand Prix.

In a first, the stewards have handed down the penalty before the race has even started. He is required to serve it during the first five laps of the race.

Pic was found to have left the pits when the red light was displayed at the pit exit during qualifying. He committed the same infraction last weekend in Korea and was reprimanded.

“It is noted this is the second consecutive event in which the driver has driven through a red light.”

Pic already has a ten-place grid penalty for tomorrow’s race having picked up his third reprimand of the season in Korea.

Last year Pic was given a 20-second penalty ahead of the Singapore Grand Prix for failing to respond to red flags during practice.

49 comments on “Pic given drive-through penalty for race”