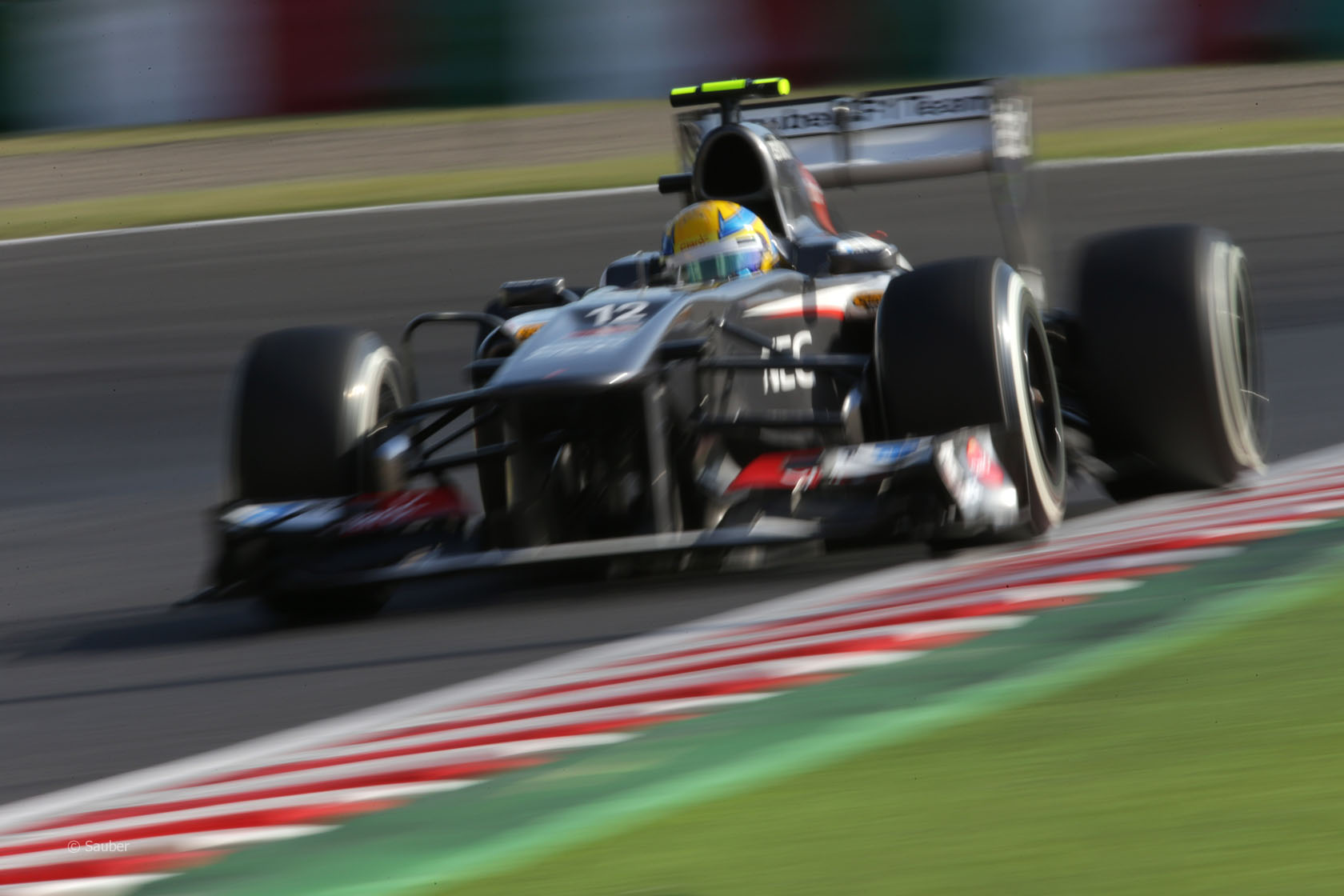 Esteban Gutierrez said scoring the first points of his F1 career will give him a platform to build on in the future.

“Finally I can feel great satisfaction after the race,” said Gutierrez. “It has been a lot of work to get up to this point and, while it has not been an easy path, I think it has been a very solid one.”

“Over the past few races we have been improving a lot and, as I said yesterday, we have to keep optimistic and this is the result of that. Knowing we can achieve something like this, you really go forward and do your best and push.”

“Even though the last few laps were very difficult with Nico Rosberg behind me, it was overall a great race.

“I want to thank the team as is has done a great job today,” he added. “Also many happy returns to Peter Sauber on his 70th birthday.”

Team principal Monisha Kaltenborn told the BBC: “He’s had really a tough start to the season and he made, of course, a lot of mistakes which are normal, in a way, if you start the first time in Formula One.

“And we all were just waiting for this moment to come because we know he’s talented, he’s shown such great performance in other series and it’s just such a relief when it finally works you just feel how he’s reaching that point the last few races and it’s great to see him now there.”

45 comments on “Gutierrez has “great satisfaction” after first points”