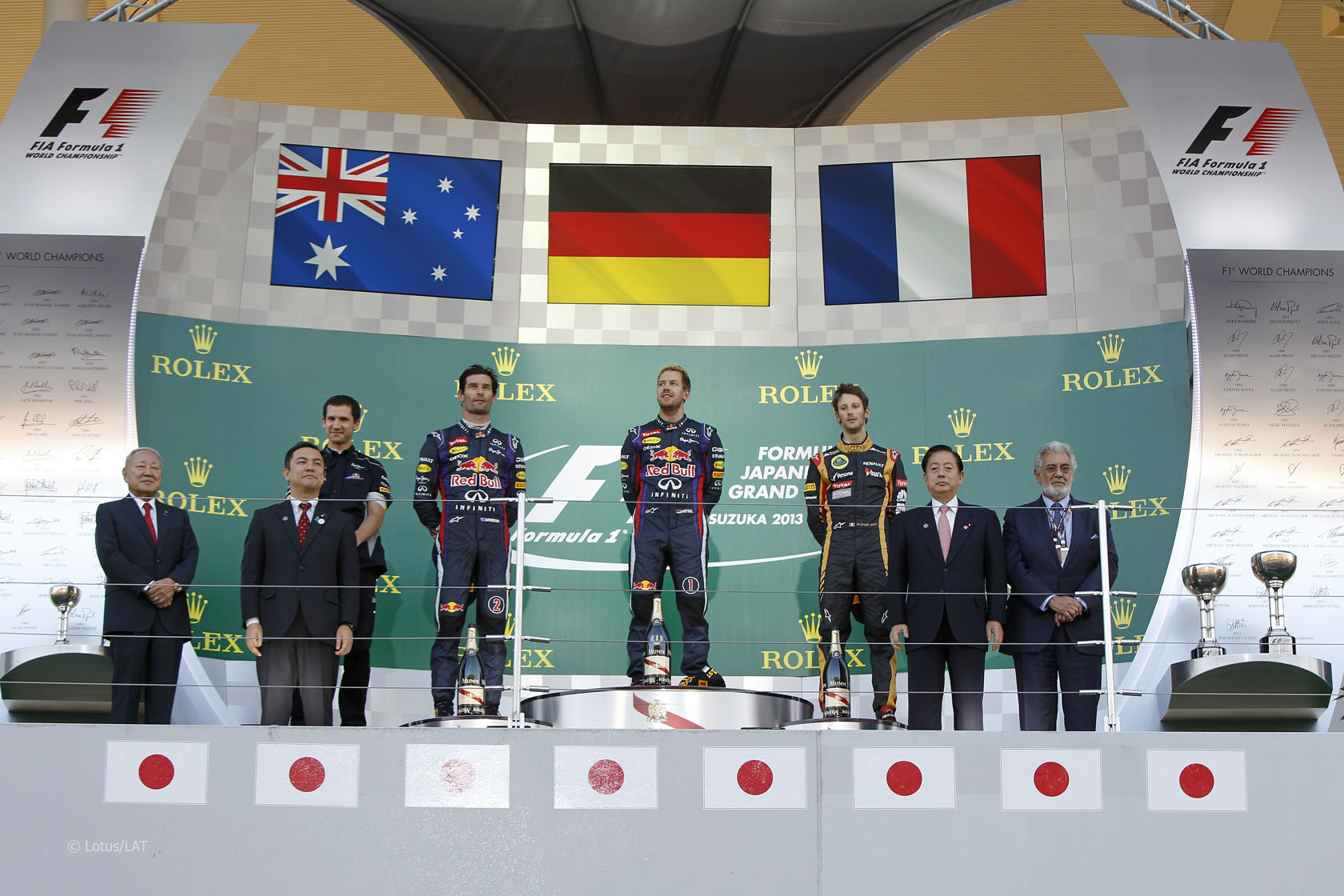 Colin Walters (@Colinwalt74) produced the best prediction of the Japanese Grand Prix – and would have got a perfect score had Sebastian Vettel not missed out on pole position.

With over 83% of players tipping Vettel for pole position a lot of players lost out due to his KERS problem – meanwhile the 30 who’d backed Mark Webber picked up an extra two points.

They included @Mickrock who took the second-highest score of the weekend.

However with 28 players tied for the next highest score the pole position time tie-breaker had to be used to decide the winner of the third place prize. It goes to @Gurpz.

Another of the players to tie for third place was @Adaptalis who has taken over at the head of the points from long-standing leader @Sebsronnie.

Here’s the details of what the top three players won in the Japanese Grand Prix round: