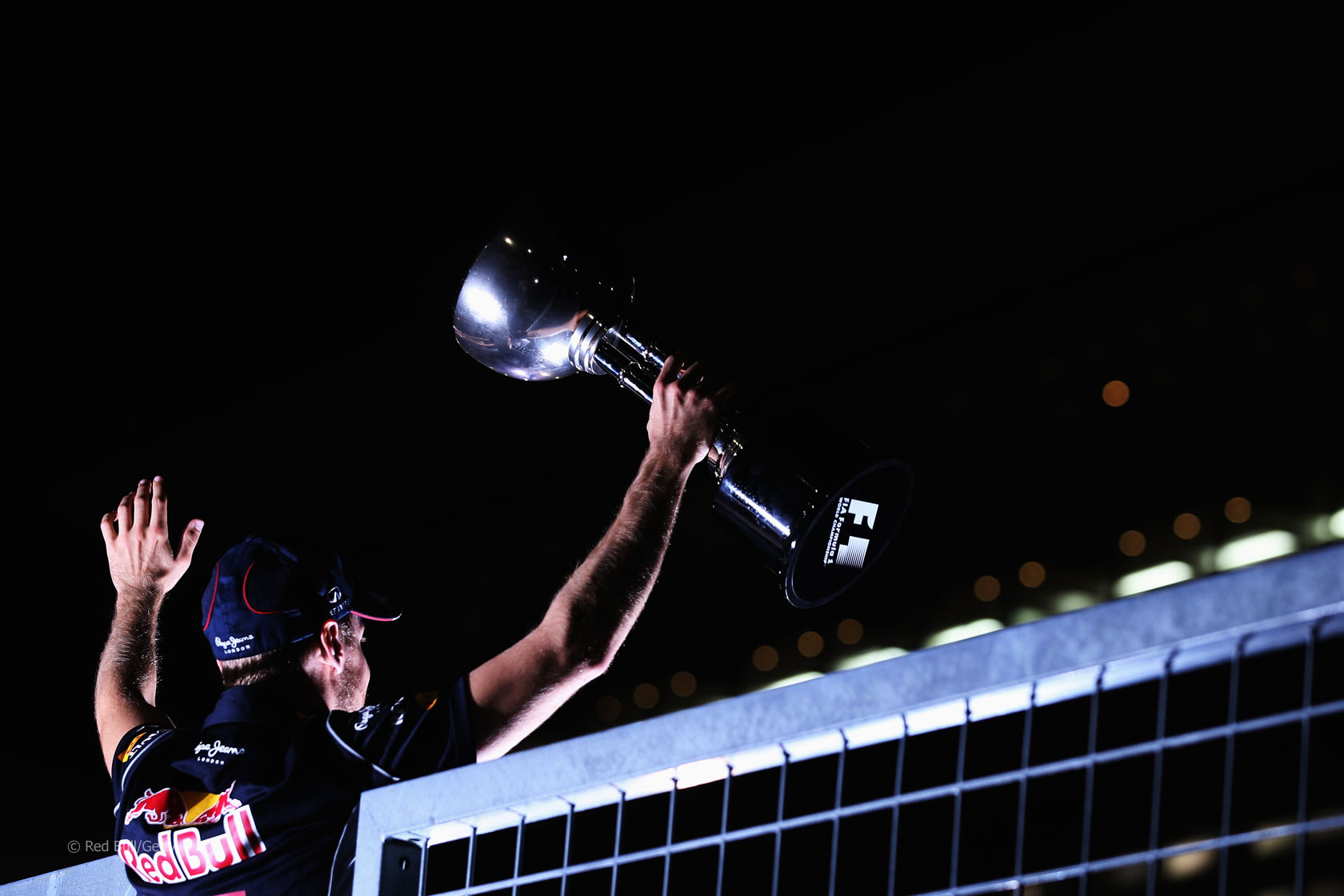 Ten of the best pictures which tell the story of the Japanese Grand Prix weekend. Jenson Button sported a crash helmet with a sumo wrestler for the Japanese Grand Prix weekend. Adrian Sutil gets a reminder which of Suzuka’s many challenging bends is coming up next. Degner was once a long, continuous curve but before F1 first visited Suzuka it was change into a pair of right-handers. It lost little of its challenge, however. The first part of qualifying was red-flagged after Jean-Eric Vergne drove out of the pits with both rear brakes locked, which promptly caught fire. Lewis Hamilton keeps an eye on the marshals’ progress extinguishing the blaze. Mark Webber seized his opportunity to claim his first pole position in almost a year on Saturday. On Friday the news of Maria de Villota’s death cast a shadow over proceedings. The Marussia cars carried her star on their wing mirrors as a tribute, and several other drivers also wore them for the race. An astonishing start by Romain Grosjean propelled him past more Red Bulls into a lead which he held for 26 laps. The Ferrari drivers ran nose-to-tail in the early stages as Felipe Massa ignored instructions to let Fernando Alonso overtake him. His team mate eventually found his own way past. Webber demoted Grosjean late in the race to give Red Bull a one-two result. More intra-team disharmony: this time at Williams, where Valtteri Bottas was unimpressed after Pastor Maldonado elbowed him aside for 16th place on the last lap. Sebastian Vettel celebrated his fourth win at Suzuka in five years in front of the crowd after darkness fell at the track.