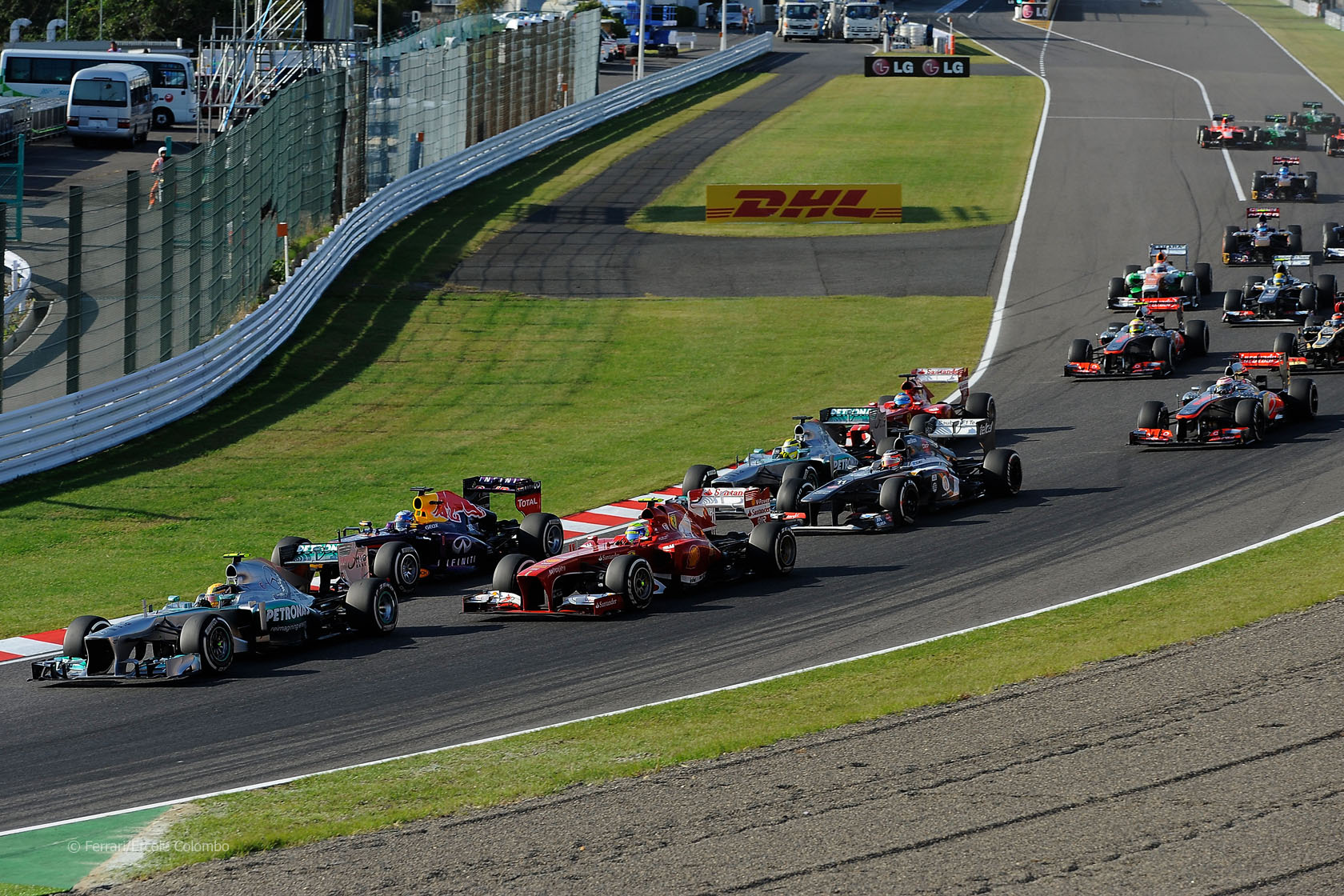 The first-lap crash between Jules Bianchi and Giedo van der Garde, Jean-Eric Vergne’s fire in qualifying and more were captured on video by fans in Japan.

Pic has a moment

Charles Pic runs wide in second practice as another car slows down in front of him.

Jean-Eric Vergne bring Q1 to a halt with his rear brakes on fire.

A selection of classic Honda-powered F1 cars tour the track before the start.

Raikkonen is pushed through the field to his grid slot for the start of the race.

Romain Grosjean and Lewis Hamilton blast alongside the slow-starting Red Bulls as the lights go out.

This view gives a glimpse of how Bianchi and Van der Garde crashed out on the first lap.

A wide view of turn one and two at the start.

Lotus’s pit stops were a bit iffy earlier in the year but this one for Grosjean looks super-slick.

Esteban Gutierrez came to a stop after the race in which he claimed his first ever points for seventh place.

The win went to Sebastian Vettel once again, and afterwards he celebrated with the fans again.