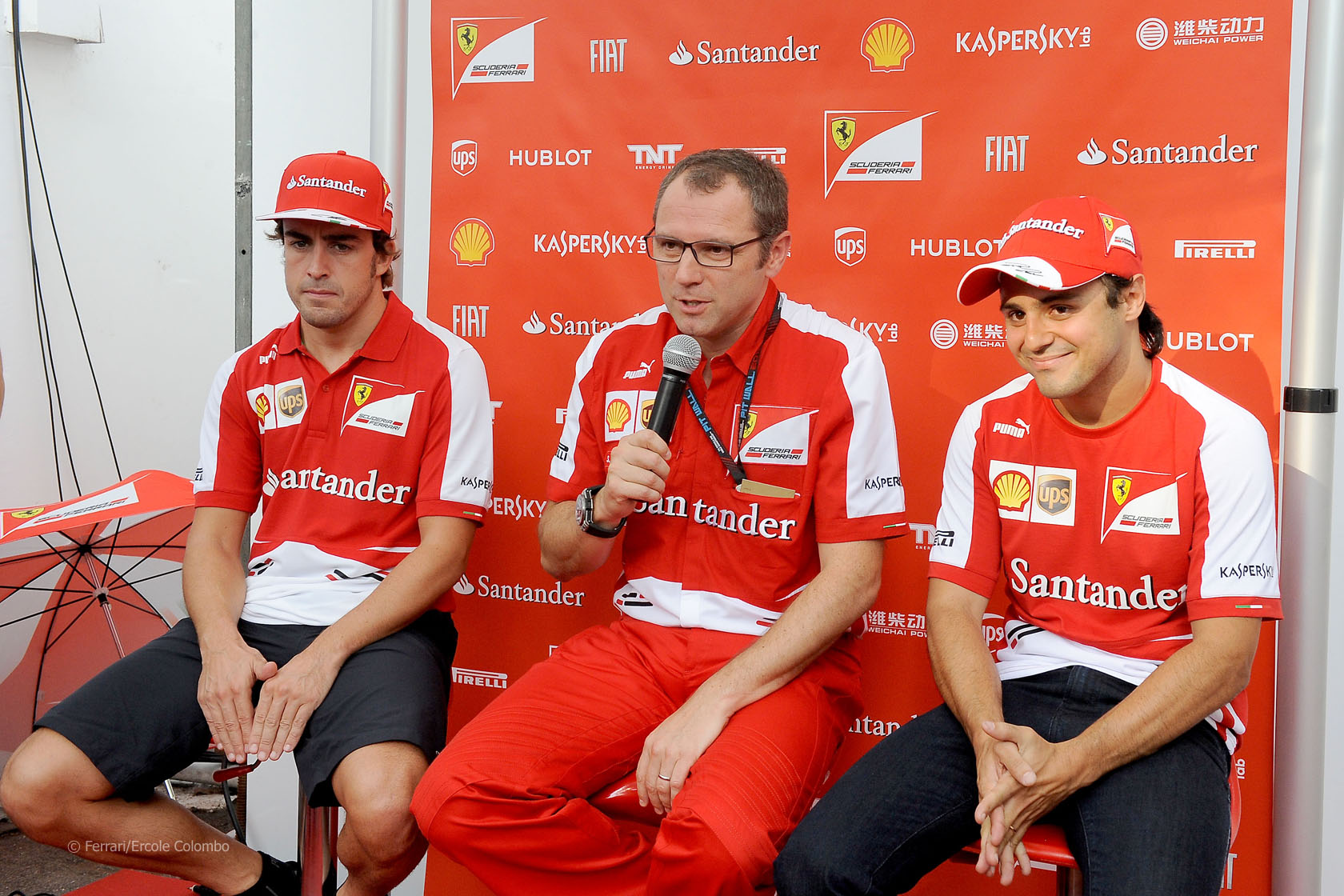 Ferrari team principal Stefano Domenicali says Ferrari are ‘open’ about their use of tactics that disadvantage one of their drivers to favour the other in the championship.

Domenicali made the remarks after facing criticism from a fan of the team over Ferrari’s decision to incur a gearbox change penalty on Felipe Massa’s car during last year’s United States Grand Prix.

“The interests of Ferrari come above all else,” said Domenicali, “if we had lost the championship by the number of points we?óÔéĽÔäód have lost there, the evaluation of what we did would have been different.”

“Unlike the others, we speak openly about what we are doing,” Domenicali added.

“In Austin, we did not sabotage the gearbox, but simply made the most of an article in the regulations which allowed us to break the seals.” This meant Massa took a five-place grid penalty which moved Alonso up one place on the grid.

During the last race at Suzuka Massa was repeatedly ordered to let Alonso pass him by the team using a code phrase “Multi-function strategy A”. Massa refused, but Alonso later made his own way past.

Domenicali described himself as “the most sportsmanlike person in the world”, adding: “In all the races, whether you see it or not, I congratulate our rivals.”

“Everyone is trying to work that out. But it?óÔéĽÔäós pointless make accusations if there is no proof. The FIA can check the control unit, and if they find nothing than Red Bull is obviously doing a good job.”

Domenicali added he had joined Ferrari president Luca di Montezemolo in warning Alonso about critical comments he had made about the team recently: “When he crossed the line, president Montezemolo intervened and in private, so did I.”

83 comments on “Ferrari ‘open’ about team orders, unlike rivals”