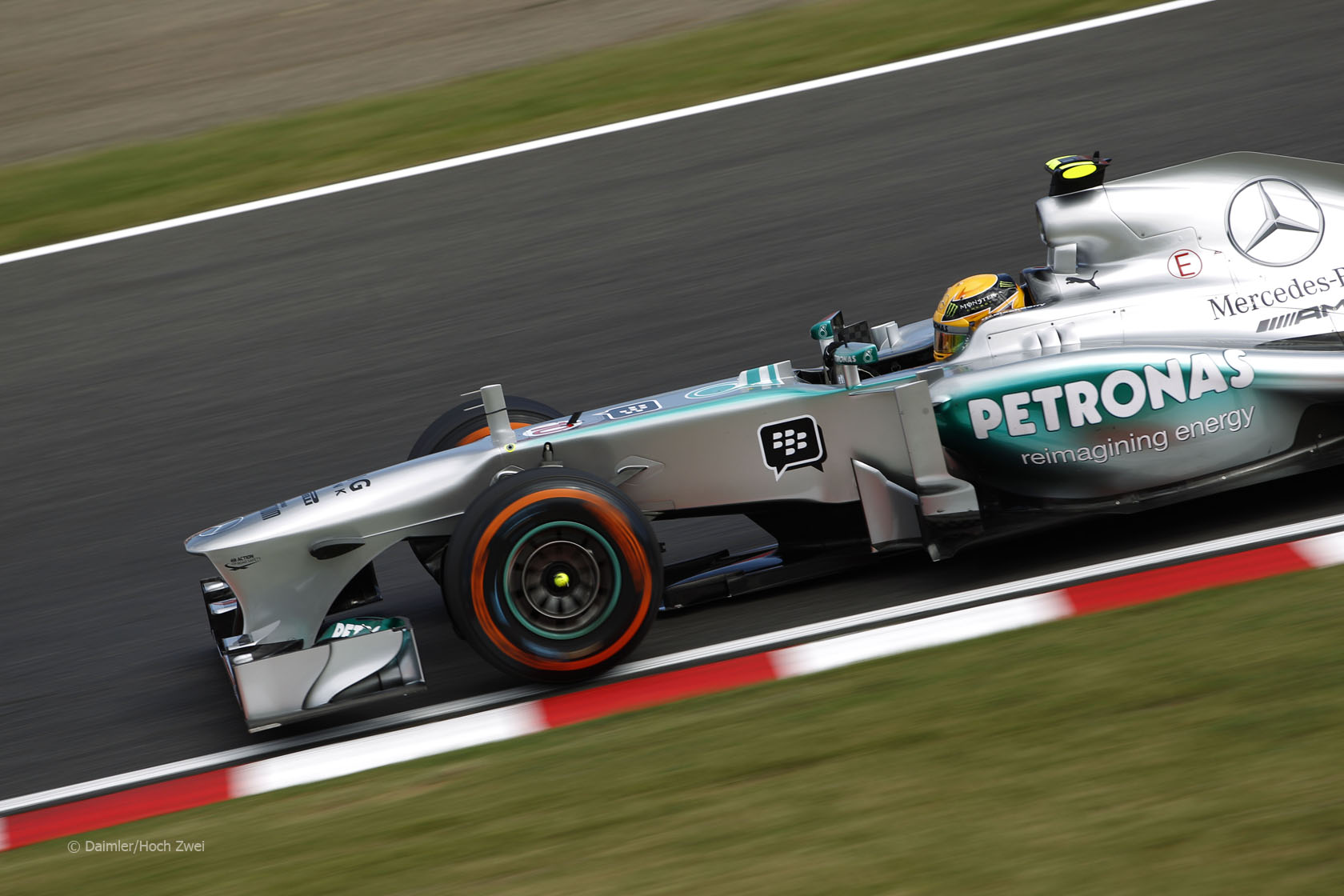 In the round-up: Lewis Hamilton explains Mercedes’ struggles with the tyres at present.

Hopefully F1 will become part of culture in India: Hamilton (The Times of India)

“For us it is just the tyres. If we didn’t had issues with the tyres then things would have different because the car is great on both heavy fuel and light fuel. When you have to do 10, 15 or 20 laps and you have 100 per cent of tyre then you have to spend it correctly. And you don’t know how much to use and for what time. That’s the biggest trick.”

“Boullier is adamant that Raikkonen’s form has nothing to do with him losing motivation. Instead he thinks Grosjean having stepped up his performance is the major factor.”

“We must fight to the bitter end in this championship that has disappointed me.”

Giedo van der Garde: “The moment I was world champion in 2002 was a big achievement, and I decided I wanted to reach Formula One. But you really have to live a different life to all your friends. They’re going to school, going out, going out with girls, having fun, whatever. And you really have to dedicate your life to your sport.”

“In a time when the most talented rookies are struggling to make an immediate impact in F1, is it sensible to promote somebody with just four years of racing experience under their belt? The more practice a driver gets before he goes to F1, the more opportunities he gets to challenge himself. It?óÔéĽÔäós not necessarily a good thing to breeze through the junior categories.”

“I am disappointed that the Ethics Committee did not accept that the support agreements obtained by Mr Todt are inconsistent with the FIA rules and policies regarding its presidential election.”

yikes! Just had to swerve on the motorway in india because a cow decided to cross over to the other side! #nothingunusual

@Chalky offers some thoughts on why races at the Buddh International Circuit have been short of action so far:

The circuit was most likely designed without the consideration of what DRS could do and then we all watch DRS pass after DRS pass on the long straight, like in Korea. Only a few well thought out KERS assisted passes have come about at other sections.

Also, there probably is plenty of elevation but the camera angles used hardly give that impression. Surely some more variety of cameras can be used to make some better TV viewing? But then this is an issue at other circuits too.

However, I don?óÔéĽÔäót think new tracks should be completely dismissed for F1. You only have to look at the Circuit of the Americas and see what a wonderful new track that is, so it?óÔéĽÔäós certainly possible to get it right.
@Chalky

GP International magazine have sadly ceased publication. GPI were due to supply subscriptions to several runners-up in the Predictions Championship this year which unfortunately can no longer happen. I am endeavouring to arrange an alternative prize and details will be posted here when and if that can be arranged.

But Senna was vexed by the actions of Eddie Irvine, who unlapped himself from the McLaren while making his debut for Jordan. Senna confronted him after the race and ended up punching Irvine.

Here’s Senna complaining about the driving standards in the press conference:

27 comments on “Tyres only thing holding Mercedes back – Hamilton”