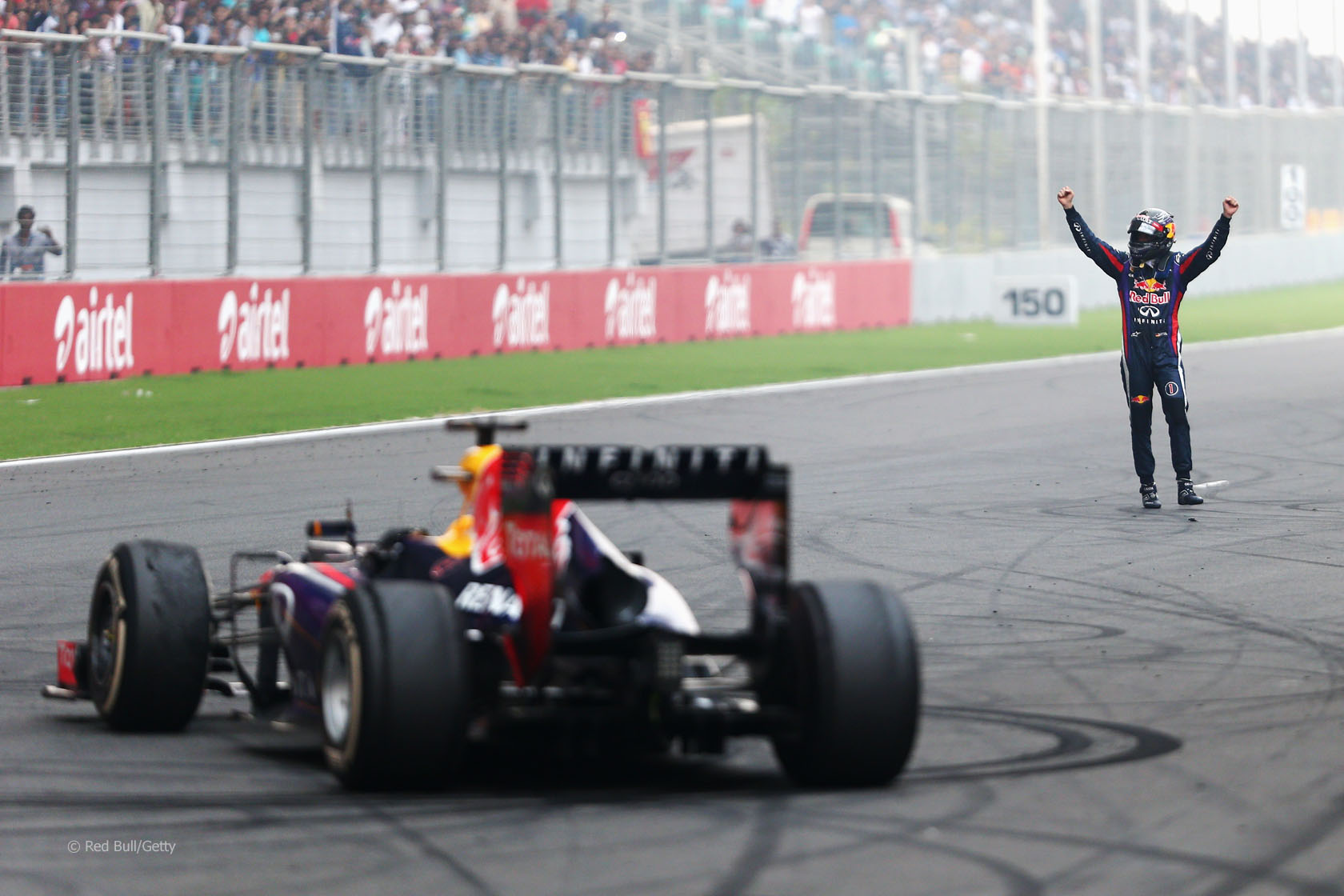 The FIA has given Sebastian Vettel a reprimand after his post-race celebration at the Indian Grand Prix.

Vettel drove to the start/finish line after taking the chequered flag and celebrated his fourth world championships by performing doughnuts in front of the crowd.

“The driver failed to proceed directly to the post race parc ferme as detailed under article 43.3 of the FIA Formula One Sporting Regulations,” said the stewards’ reports.

“Due to the special circumstance the stewards accepted the explanation of the driver. The team failed to instruct the driver sufficiently to return directly to post race parc ferme.”

Vettel celebrated in a similar fashion after winning the 2011 championship at Suzuka.