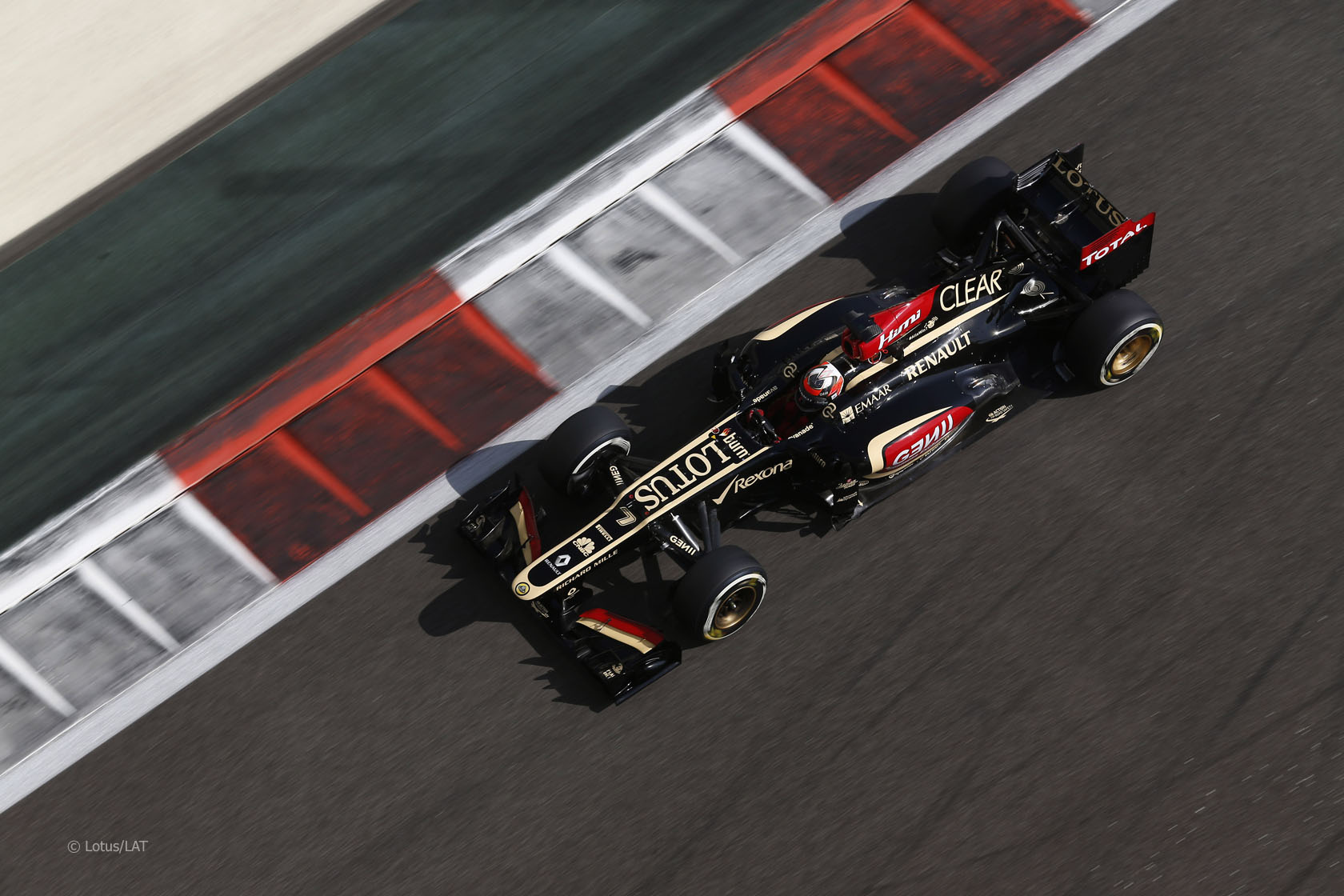 Kimi Raikkonen has been excluded from qualifying after his Lotus failed a floor deflection test.

He will be allowed to start the race from the back of the grid.

The stewards considered video and telemetry evidence and invited Lotus to explain why it had failed the test. The stewards noted Lotus’s justification for the part failing was that “the relevant part broke upon contact with a kerb”.

But the stewards added they “did not accept that the incident referred to constituted an accident, or excused failing the relevant test”.

Raikkonen’s floor was found to transgress article 3.17.5 of the technical regulations because it “deflected more than 5mm vertically when the load was applied vertically to it at the point which lies 100mm of car centre line on the left-hand side”.

The rule which was broken states: “Bodywork may deflect no more than 5mm vertically when a 2000N load is applied vertically to it at three different points which lie on the car centre line and 100mm either side of it.”

Team mate Romain Grosjean’s car failed the same test at the Hungarian Grand Prix, however on that occasion the stewards accepted the team’s explanation that the damage was caused accidentally.

102 comments on “Raikkonen excluded from qualifying, will start last”