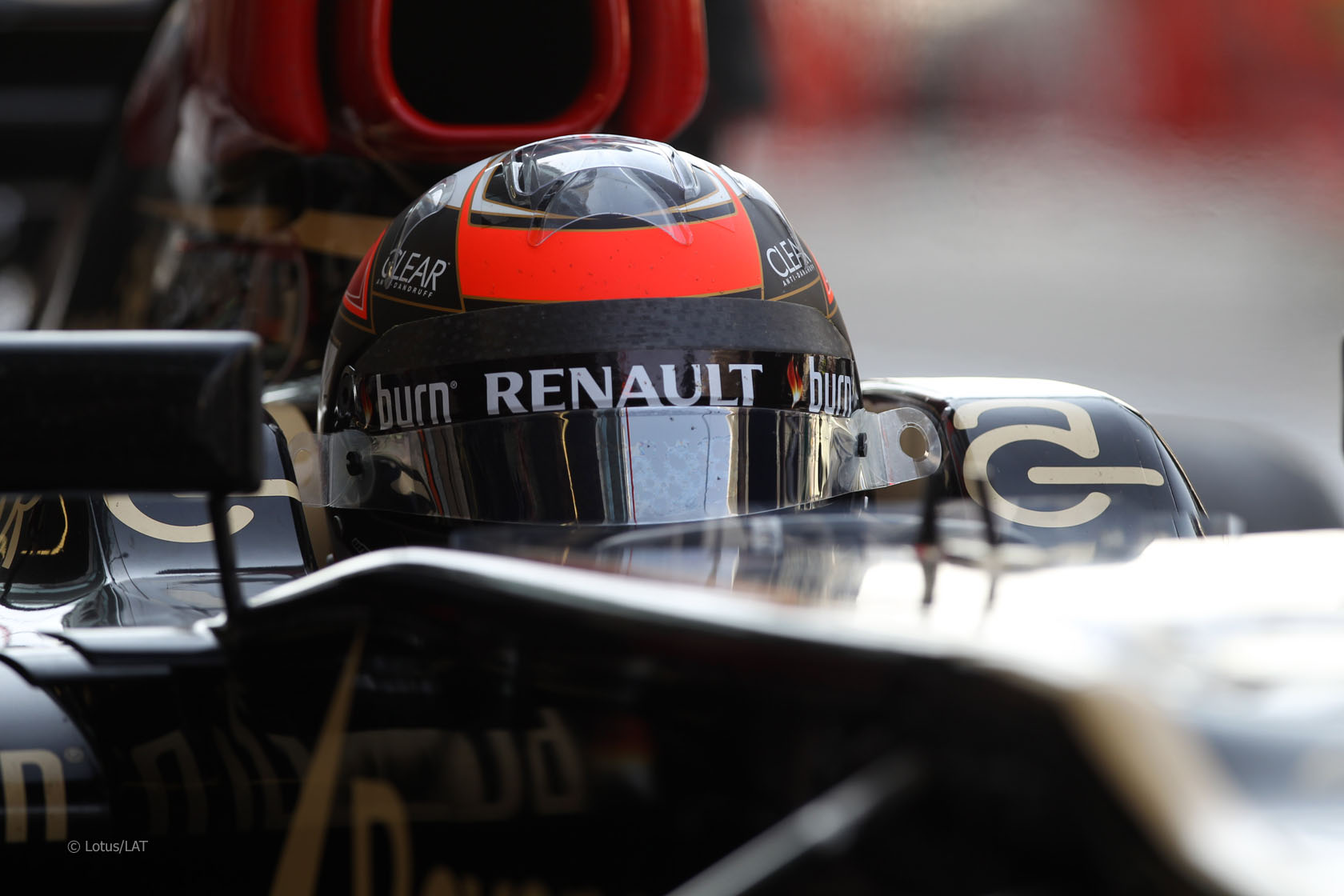 Kimi Raikkonen said starting the Abu Dhabi Grand Prix from 22nd on the grid rather than the pit lane was the right thing to do despite retiring after a collision at turn one.

But Raikkonen had to retire after damaging his front-right suspension when he collided with Giedo van der Garde moments after the start.

“There was some contact in front of me through the first corner so I stuck to the inside, but unfortunately one of the Caterhams touched my front wheel and it broke the track rod,” said Raikkonen.

“It wasn?óÔéĽÔäót a heavy impact, but the angle made it worse.”

“It?óÔéĽÔäós never easy starting so far back on the grid, but after the penalty it was a better choice to help our chances in the race rather than starting from the pit lane.

“After a difficult start to the weekend we did well yesterday so it was a shame we couldn?óÔéĽÔäót start where we qualified, but these things happen sometimes; it?óÔéĽÔäós just back luck.”

Raikkonen had to start from the back of the grid after being excluded from qualifying when his car failed a floor deflection test.