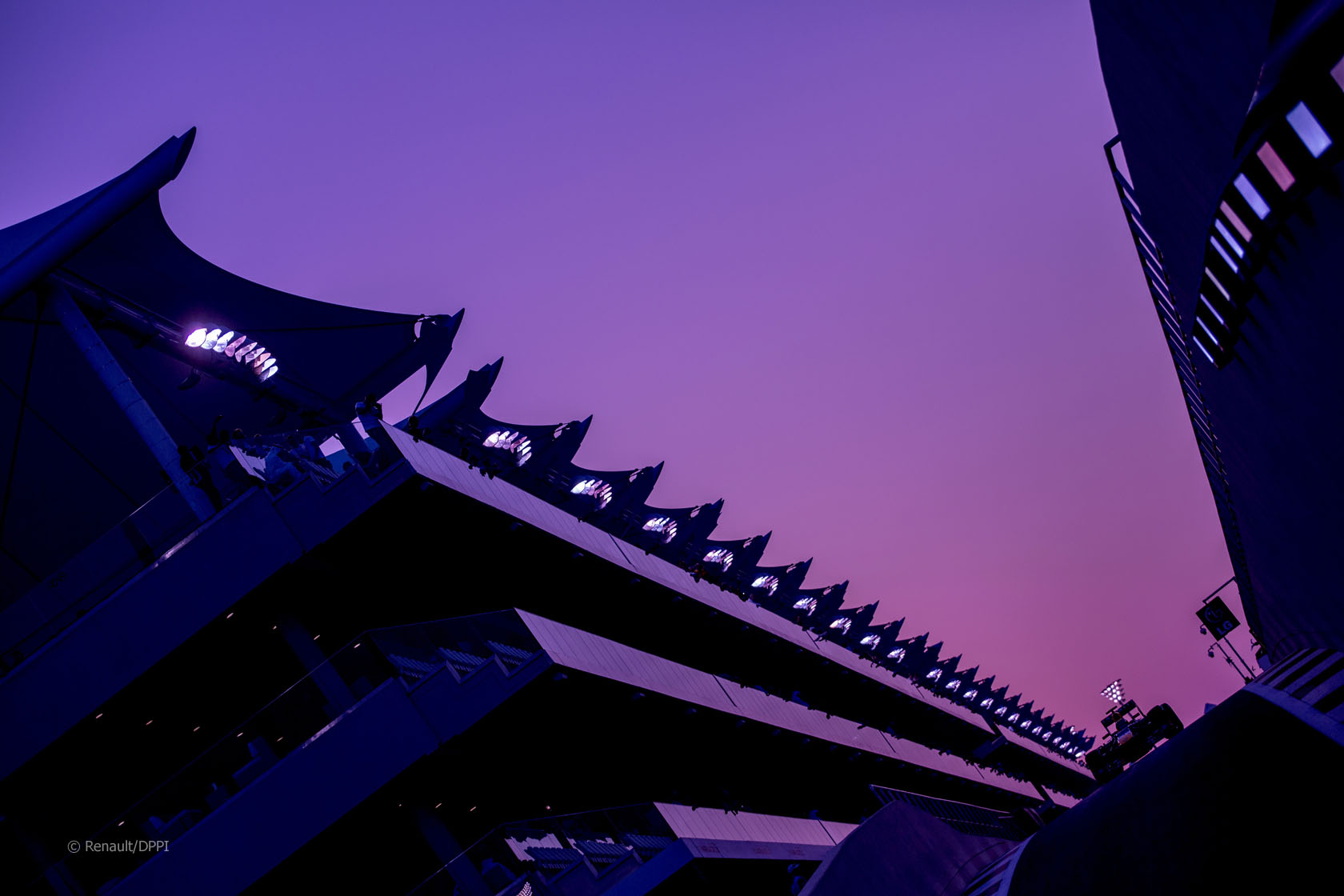 It was a fraught weekend on and off the track for Kimi Raikkonen and Lotus. His participation in the event was in doubt to begin with as he failed to show up for media engagements on Thursday, then revealed that the extent of Lotus’s financial problems meant he hadn’t been paid all year.

Once in the car things seemed to take a turn for the better as he revelled in the switch back to the short wheelbase E21. But after taking fifth on the grid he was excluded from qualifying when his car failed a floor test. After declining to start from the pit lane a first-corner tangle with Giedo van der Garde ended his race moments after it had begun. He then made a hasty departure. Toro Rosso ran a special livery on their rear wing endplates bearing the slogan “Kullunna Khalifa”. The message from Abu Dhabi?óÔé¼Ôäós IPIC Group, owner of several of their sponsors, means “we are all Khalifa”.

Also visible on Daniel Ricciardo’s car during practice is an infra-red camera pointed at his left-rear tyre to monitor its temperature. It wasn’t a memorable weekend for Lewis Hamilton, who qualified fourth after a spin and slipped back to seventh in the race. Sergio Perez out-qualified Jenson Button for the third time in four races and was McLaren’s only points scorer for the second weekend running. It looked like business as usual for Sebastian Vettel on Saturday until Mark Webber pipped him to pole position – his second of the year. Webber’s pole position advantage didn’t last long – Vettel passed him at the start and Nico Rosberg also jumped ahead of the Red Bull. In the background Raikkonen’s race is about to come to an end. Some opportunistic overtaking helped Felipe Massa pass Hamilton and Adrian Sutil in the middle of the race. But Fernando Alonso, in the background, was catching his team mate. Ferrari’s decision to put Massa on medium tyres for his final stint, which he disputed afterwards, damaged his chances of finishing ahead. Webber stalked Rosberg before passing him for second place. There were fireworks at the Abu Dhabi Grand Prix, but not on the track. Vettel’s latest helmet bore an ‘IV’ on the top for his four world titles. Victory in Abu Dhabi gave him XI wins this year and VII in a row – equalling the all-time record.