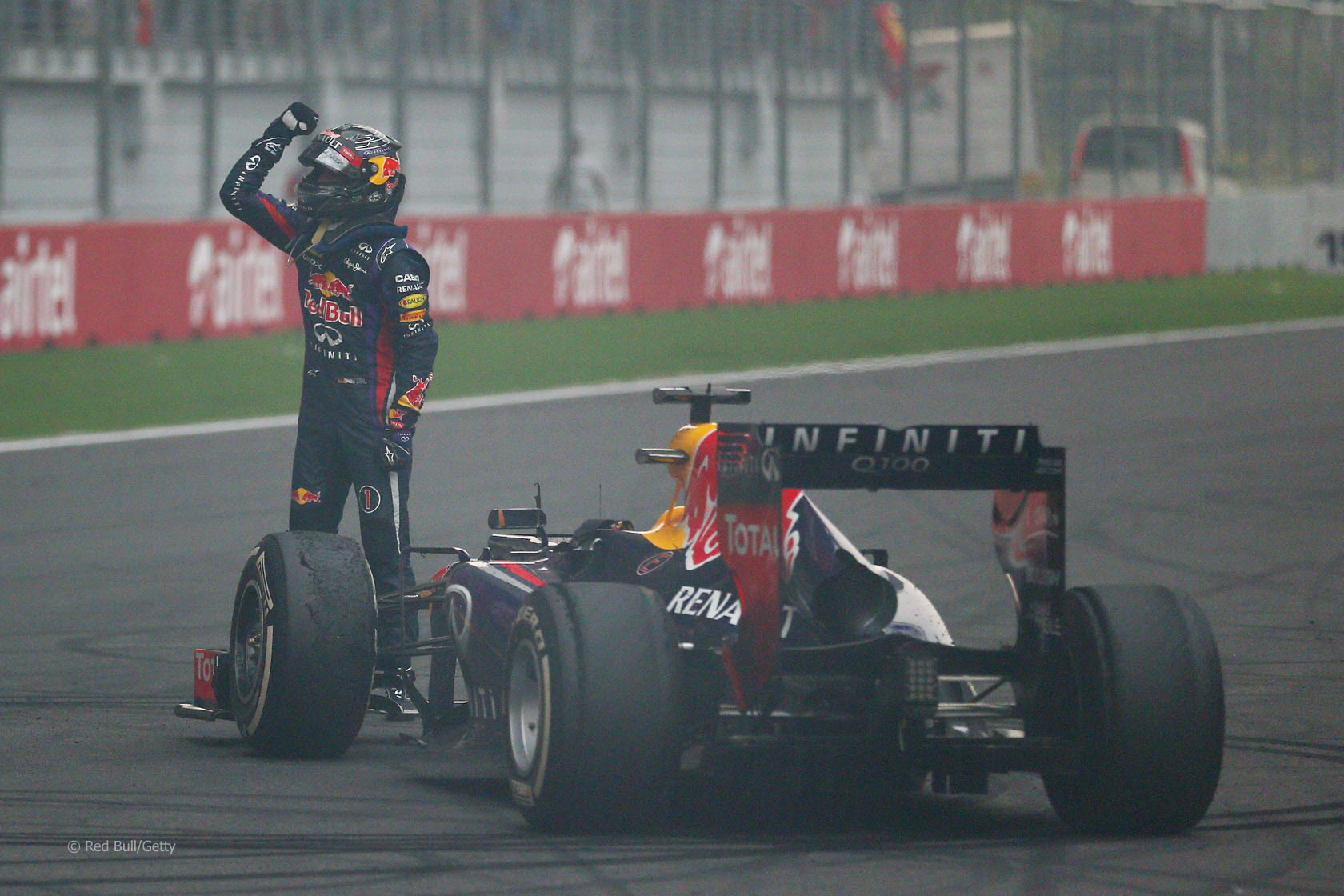 Plenty of fans were on hand to capture Sebastian Vettel’s celebrations after his world championship victory in the Indian Grand Prix. Here’s a selection of fans’ videos from the race weekend.

This fan had a great view of the start.

Vettel makes his final pit stop of the race.

Fernando Alonso re-passes Jenson button after losing a position to the McLaren. Filmed by Saurabh (@Sksahukanker62).

Adrian Sutil makes his only pit stop of the race on his way to ninth.

A marshal gets a close look at the cars on the slowing down lap.

Kimi Raikkonen and Alan Permane exchanged harsh words on Lotus’s radio during the race – wonder what they had to say to each other after it?

While Lotus remonstrated, Red Bull celebrated. But these doughnuts cost the team a ?óÔÇÜ?Ľ25,000 fine from the FIA.

Vettel also threw his gloves into the crowd.

Were you at the Indian Grand Prix? Did you capture any videos? Share them here: