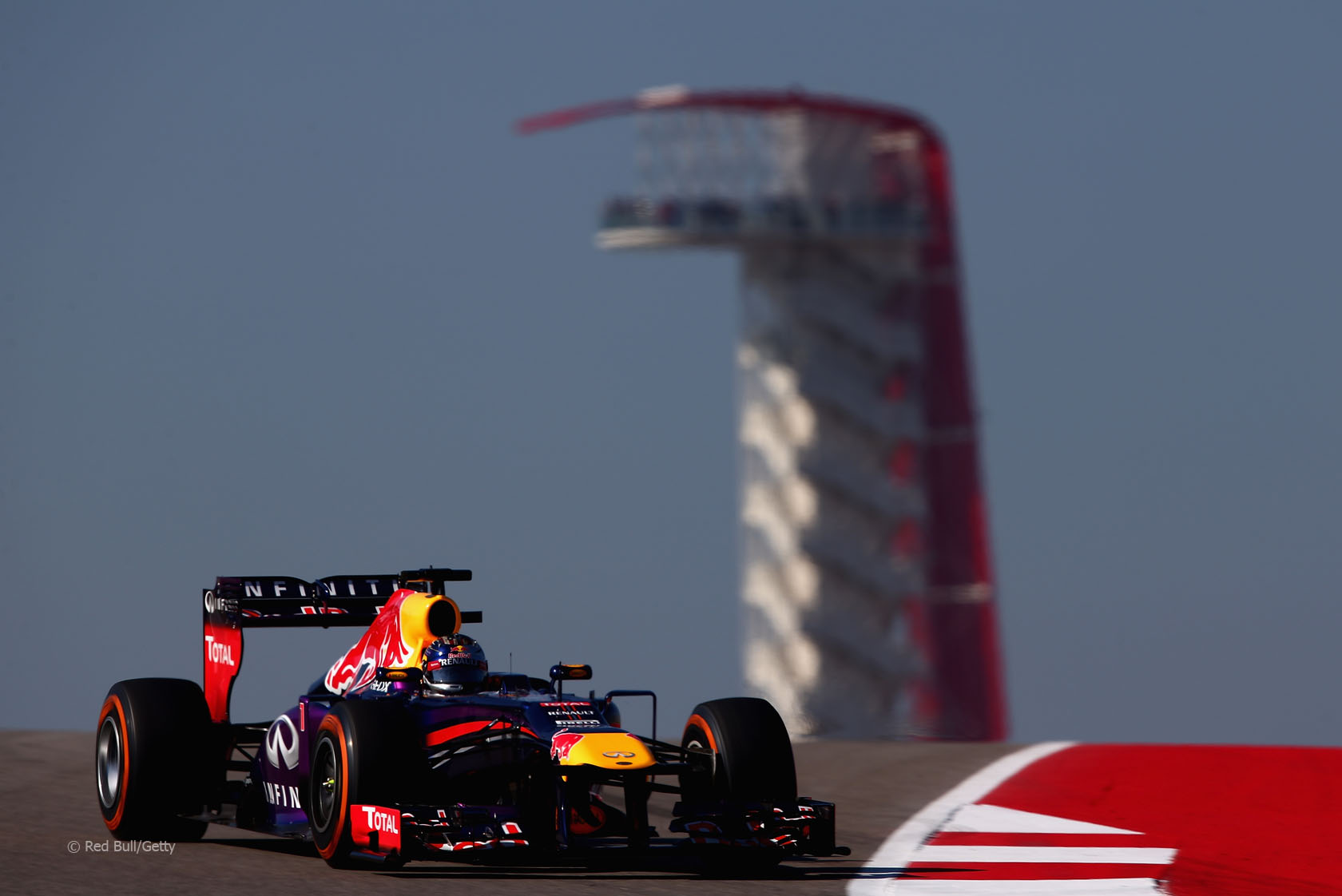 Vettel took his 12th win of the season in the United States Grand Prix, the race in which he made his debut six years ago.

“To come back last year, finish on the podium, and today to win the race is incredible,” said Vettel. “It’s impossible to know what to say.”

“First of all thanks to the crowd, it’s unbelievable it’s only our second race here [at the Circuti of the Americas] and we’ve got more than a hundred thousand people coming here on Sunday.”

“I think this is one of the best races we have all season. The whole city is going crazy so it’s phenomenal to race here for the crowd.”

Vettel’s chances of winning only really looked in doubt on the run to the first corner when Romain Grosjean attacked and split the two Red Bulls.

“It was a bit tight at the start,” said Vettel. “Romain had a good start initially, I didn’t know whether it would be enough. Tough judgement up the hill.

“And then I just tried to focus on myself. We had incredible pace again in the car and I could control the gaps.”