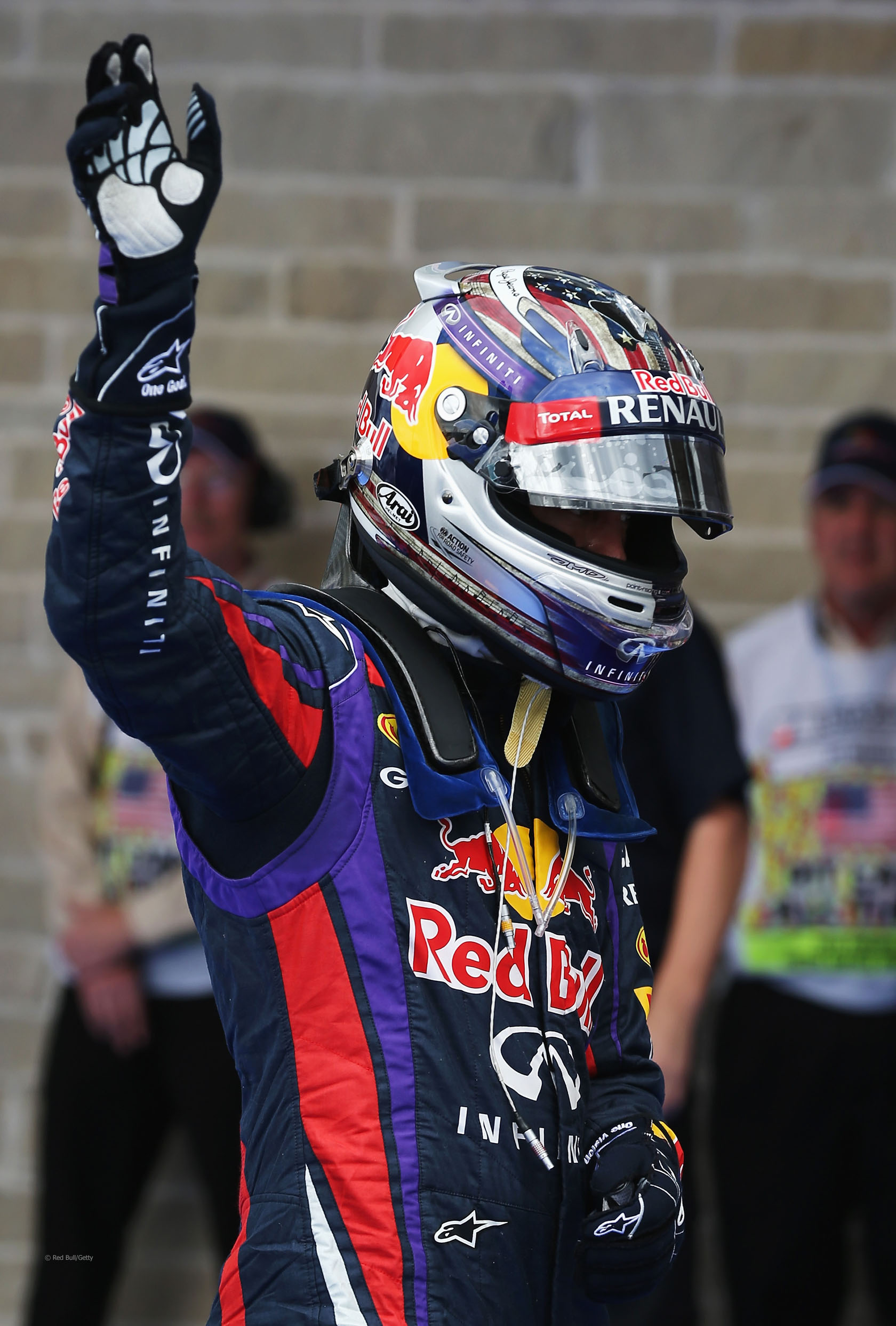 Sebastian Vettel dominated proceedings once again to take a record-breaking eighth consecutive victory at the United States Grand Prix at Circuit of the Americas.

The four-time world champion was never troubled throughout the 56 lap race, only surrendering the lead briefly after his solitary pit stop.

Vettel led from pole, but only after holding off challenges from both his team mate and Romain Grosjean’s Lotus on the run up the hill to the tight first corner. After failing to find a way past his team mate, Webber found himself overtaken by Grosjean and the Mercedes of Lewis Hamilton, dropping him to fourth.

There was a first lap appearance by the Safety Car following a collision between Adrian Sutil and Pastor Maldonado which ended the Force India driver?óÔéĽÔäós race. Maldonado suffered damage to his front wing and later received a black-and-orange flag from the stewards, forcing him to pit.

As the race restarted on lap five, Vettel slowly but surely pulled away from Grosjean?óÔéĽÔäós Lotus. Mark Webber took third from Lewis Hamilton with a well executed move around the outside of turn 12 on Lap 13.

Despite track temperatures reaching a weekend high, the majority of teams had little difficulty executing a one-stop strategy. Grosjean temporarily inherited the lead when Vettel made his one and only stop on Lap 28, before handing the top spot back to the German two laps later.

There was some action throughout the field, with Fernando Alonso catching and then passing Nico Hulkenberg’s Sauber for fifth place with a superb move exiting turn one, while Valtteri Bottas dispatched a very early-stopping Esteban Gutierrez in similar fashion for eighth.

Behind Vettel, Mark Webber began to close the gap considerably to Grosjean?óÔéĽÔäós Lotus, but suddenly dropped back by two seconds in two laps by lap 37. This all appeared to be part of Red Bull?óÔéĽÔäós strategy as the Australian charged up behind the Lotus again with just over seven laps remaining, but despite his best efforts, Webber could not find an opportunity to pass the resilient Frenchman.

Out in the lead, Vettel?óÔéĽÔäós only concern was engineer Guillaume Rocquelin?óÔéĽÔäós repeated warnings to look after his tyres. He duly counted down the laps to secure a record-breaking eighth successive victory and his 12th of the season.

Grosjean equalled his best ever finish in second, with Webber rounding out the podium. Lewis Hamilton took fourth for Mercedes, while Alonso held off a spirited fight back from Hulkenberg in the later laps to claim fifth.

Bottas will no doubt be delighted to have secured his first ever world championship points as well as Williams?óÔéĽÔäós second points finish of the season with an impressive run to eighth, consolidating the pace he had demonstrated all weekend.