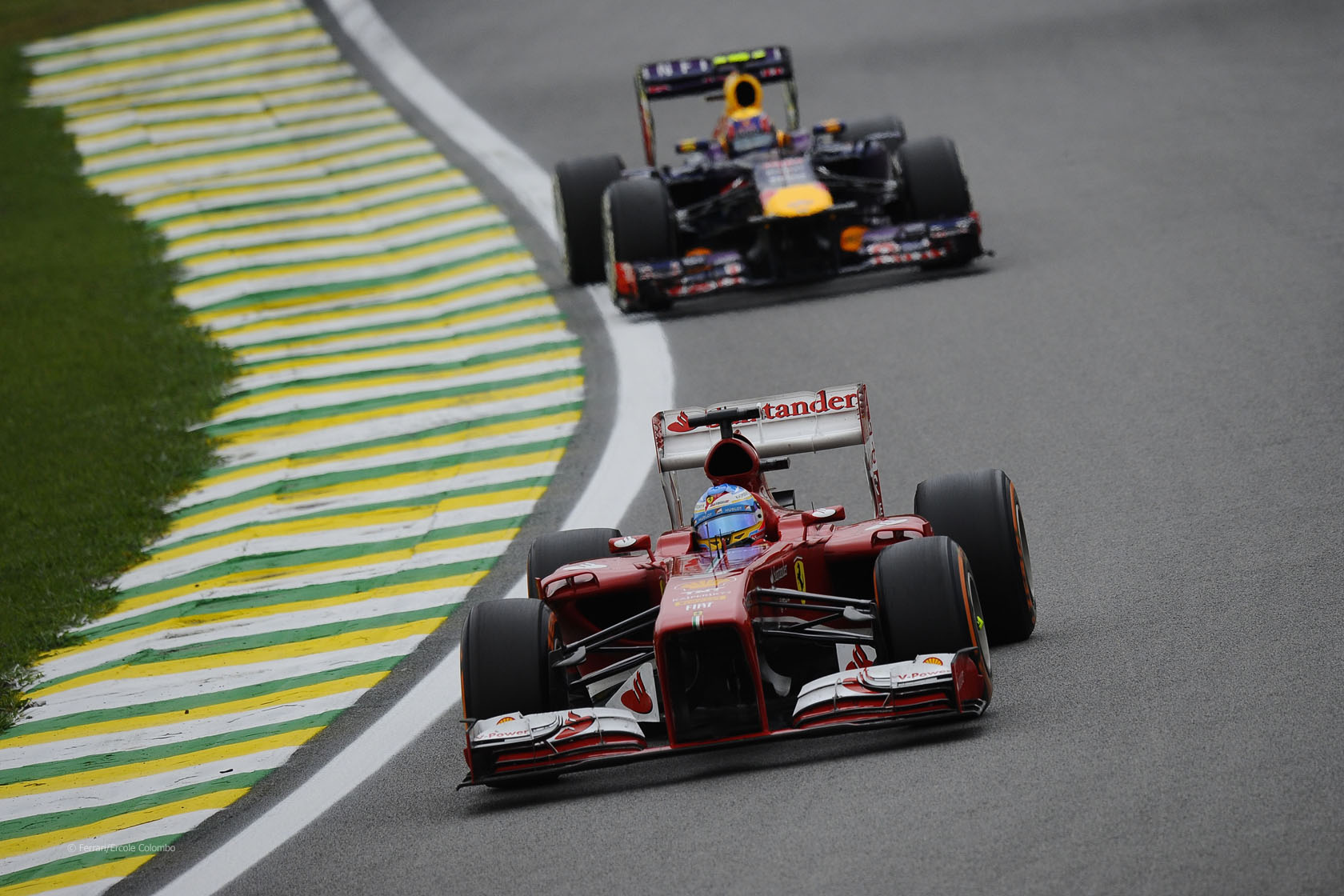 Rain fell during every session at the Brazilian Grand Prix. But when it came to the race it didn’t fall hard enough for long enough to force drivers to switch tyres.

No one even chanced a run on the intermediate tyres during the final laps of the race when rain arrived. But as the lap times chart below shows it did force the drivers to back off..

One of the challenges for drivers in conditions like this is accurately judging just how wet it is, and how much they need to slow down, as Daniel Ricciardo explained:

“From the cockpit, it?óÔéĽÔäós actually quite difficult to judge how much rain there is. You see a few drops on your visor, look at the guy in front of you and if he doesn?óÔéĽÔäót go off, you assume it?óÔéĽÔäós dry.”

Several drivers were disappointed the rain did not intensify, as they believed it offered their best chances of improving their positions. “It?óÔéĽÔäós a real shame that the much awaited rain didn?óÔéĽÔäót arrive in the end,” said Fernando Alonso, “because in the wet we would definitely have been more competitive”.

Alonso’s car was competitive in the dry, however, and his fastest lap was less than a tenth of a second off the best set by Mark Webber.