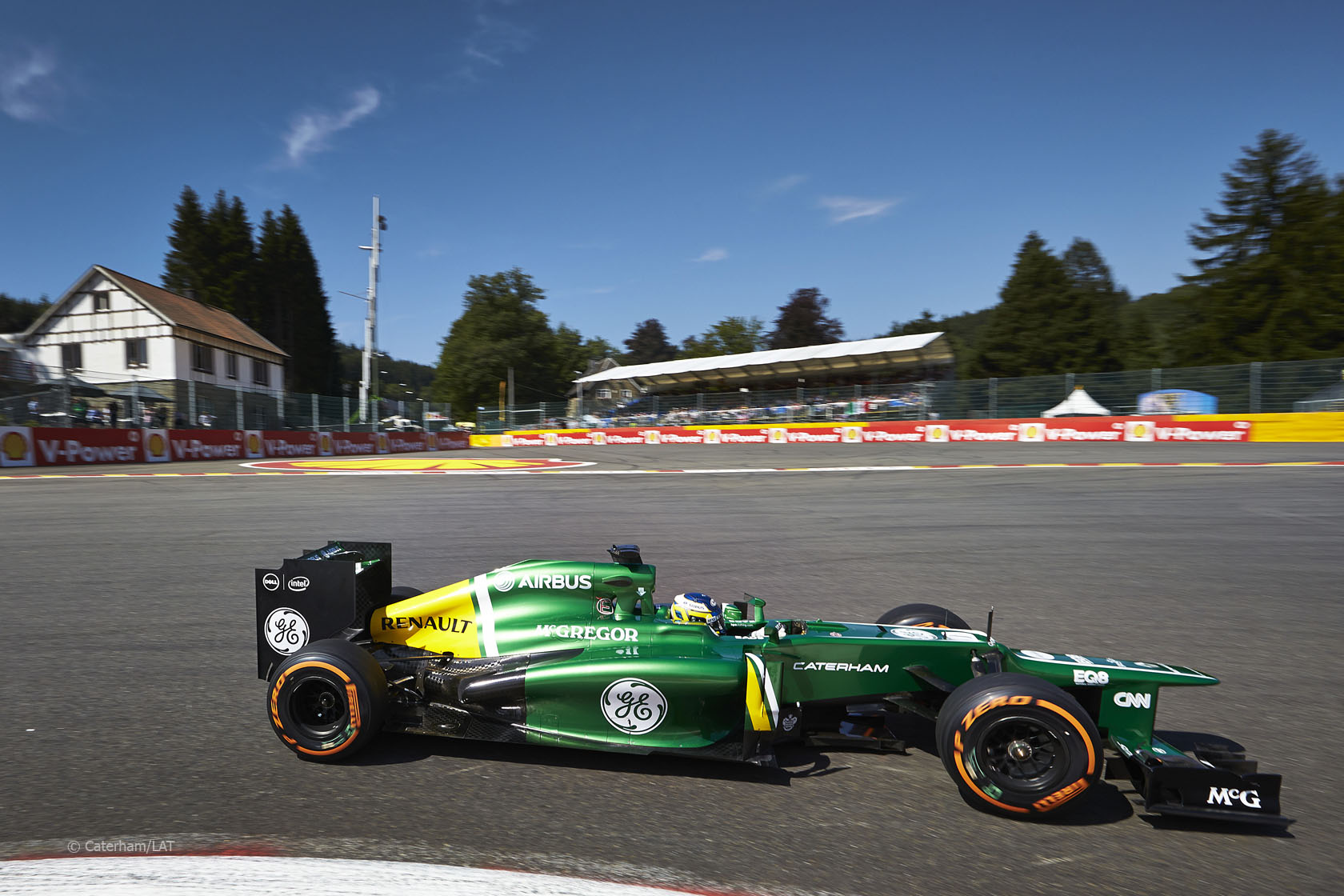 Caterham began 2013 with a new driver line-up, a refreshed paint scheme – and not very much else.

The looming change in engine regulations for 2014 meant Formula One’s smallest teams had to plan their budgets for 2013 accordingly, as team principal Cyril Abiteboul explained during the season. “Obviously it?óÔéĽÔäós something we anticipated and that has even affected our strategy of spend for this year,” he explained.

“We knew that there would be so much to invest both from a factory perspective in terms of engine costs, contractual costs but also in terms of car build, so that we have a cash flow that is structured in order to absorb all of that.”

Given that, it was no surprise the team began the season with a CT03 chassis which was visibly very similar to its predecessor. They also opted for an all-new and distinctly more lightweight driver pairing.

Charles Pic, who’d had a reasonable debut season for Marussia, was snapped up at the end of 2012. Then on the eve of the new season Caterham confirmed team stalwart Heikki Kovalainen had been bumped from the driver line-up in favour of 2008 Formula Renault 3.5 champion Giedo van der Garde.

But it said a lot that Kovalainen was retained by the team and recalled several times during the season to drive the car in practice sessions and help point their inexperienced driver line-up in the right direction.

The team began the season on the back foot. Marussi’a MR02 was quicker out-of-the-box than Caterham’s challenger, and the red-and-black cars held the upper hand in the opening races. That proved decisive in the season-long contest between the two.

With no points on offer below tenth place the team which achieved the best individual result during the season was always likely to come out on top. And so it proved – Jules Bianchi’s 13th place in Malaysia (with both Caterhams behind him) settled it.

It could very easily have been different. Van der Garde took 14th in Hungary and Pic did likewise in Korea – one more retirement in front of them would have seen them beat Marussia.

But Caterham’s decision to play the long game may yet reap rewards if the decision to focus on their 2014 challenger pays off. That is certainly what Abiteboul is hoping for. “We didn?óÔéĽÔäót develop much the car this season,” he said. “Next season will be a totally different ball game.”