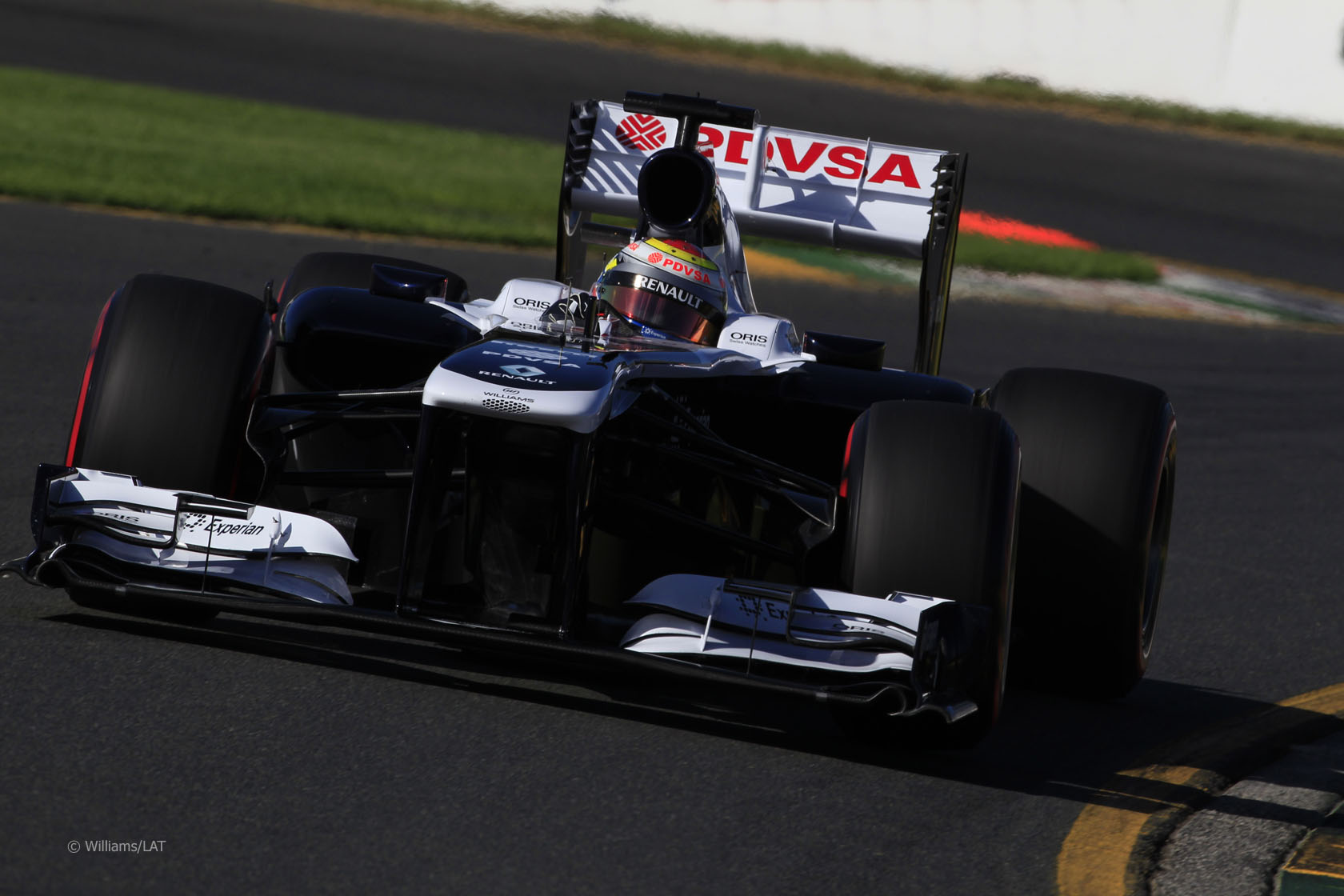 Another trying season for Williams began in the worst possible way with the death of Virginia Williams, wife of team founder Sir Frank Williams, in March. While the team grieved, the decision was taken to postpone a major announcement about its leadership.

This had come about after Toto Wolff announced in January he was leaving to join Mercedes, just six months after his promotion to executive director in the wake of former chairman Adam Parr’s departure. In May the team belatedly confirmed Claire Williams had been promoted deputy team principal to steer the ship.

She faced a gruelling first year. Williams were race-winners last year but their new car was well off the pace and scored points only twice in nineteen races.

The frustrations of the season were felt most keenly by Pastor Maldonado. After the penultimate qualifying session of the year, having just been knocked out in Q1 for the eighth time, he voiced a suspicion that his difficulties were due to someone in the team “playing with” his car’s settings.

Maldonado’s incredible claim was widely derided and the team were quick to deny it. He later issued something of a retraction, suggesting he’d been in an emotional state when he made the comments. But by this stage in the season he had already made clear his intention to leave Williams.

It marked how rapidly the relationship had deteriorated between driver and team. Just last year Maldonado had ended their eight-year winless streak at the Circuit de Catalunya.

It was at the same track during pre-season testing this year that Maldonado gave his first verdict on the car. He sung the praises of the FW35, calling it “the best car I?óÔé¼Ôäóve had”.

It seemed the team’s decision to maximise development time on the new car and not have it ready in time for the first test – unlike every other team on the grid – had paid off. It hadn’t.

In his third season with the team Maldonado had clearly hoped for better than a repeat of the trials he endured with them in his debut season. In the end it was not the team’s most experienced driver who produced their best results, but his rookie team mate.

Valtteri Bottas took advantage of wet conditions in Canada to put the car third on the grid, a performance that recalled Nico Hulkenberg’s superb pole position at Interlagos in 2010.

Their competitiveness was further blunted by problems with their wheel nut retention device. They were fined over ?é?ú100,000 for two separate incidents in Japan and India where the mechanism failed, compelling them to slow down their live race pit stops for safety reasons. Over the course of the season their pit crew was bested by Marussia’s.

Finally by the United States Grand Prix the team had come to the realisation their exhaust-blowing configuration was costing them more than it was bringing to the car. This time Bottas cracked Q3 in a dry session and brilliantly brought the car home in eighth place.

This meant Williams ended the season as they did two years ago: with just five points on the board, and only the struggling 2010 entrants behind them on the championship table.

Williams responded to their latest dire season in much the same way they did two years ago: by finding a new engine partner and rearranging their technical staff. Mike Coughlan, who arrived in 2011, was shown the door and the Renault engine supply deal agreed two years ago also came to an end.

With Pat Symonds arriving in Coughlan’s place and an impending switch to a new engine supplier – Mercedes – Williams have more than one reason to be optimistic about next year. But this isn’t the first time that’s been said about this once-great team.

39 comments on “Maldonado’s “best car” was another Williams failure”