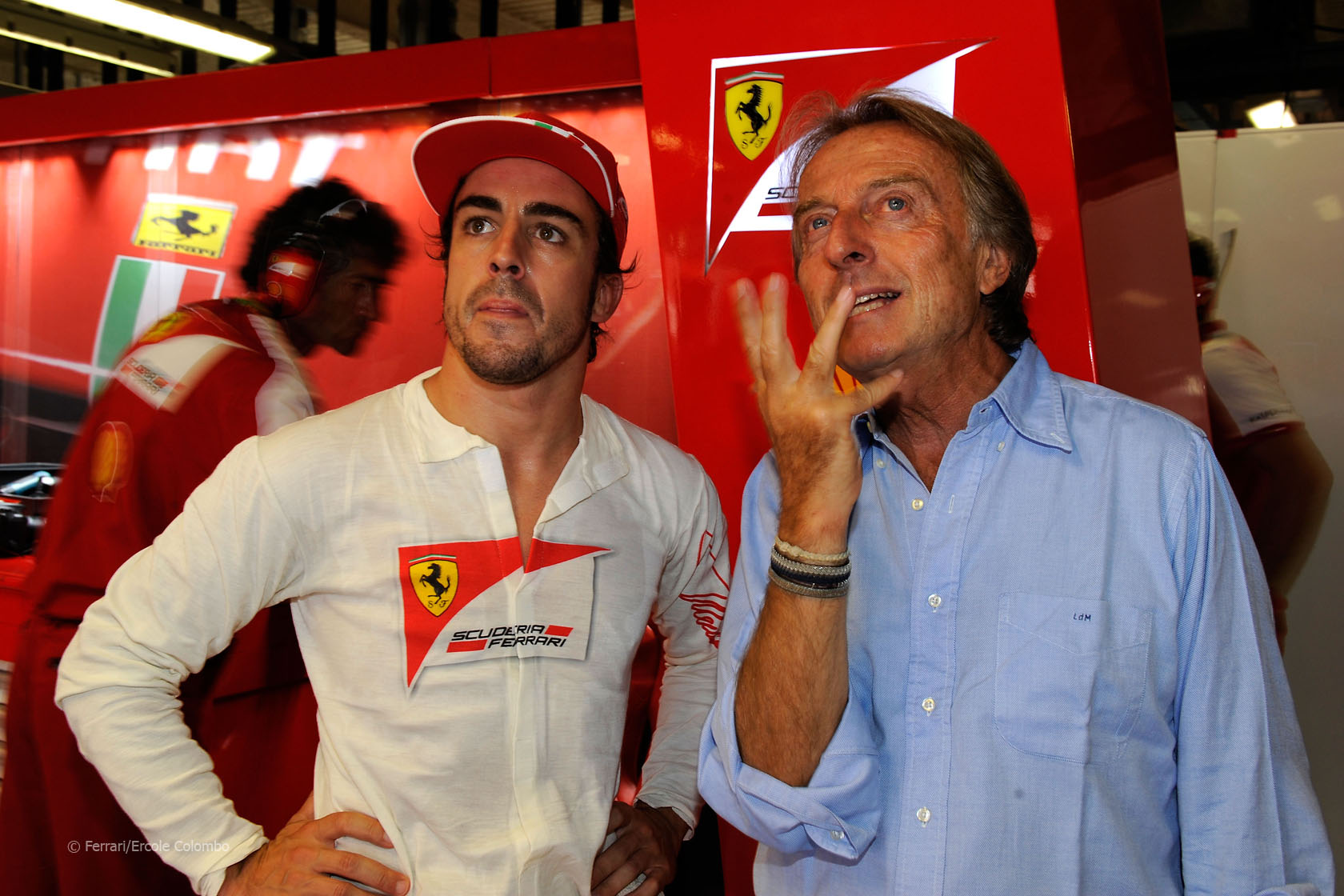 “Over the past few years, Fernando has given his all and he deserves to have a competitive car with which he can win a world championship with the reds,” said Montezemolo at the team’s annual Christmas lunch.

“I can understand his occasional moments of frustration, which we all share, but I am sure he is well aware what Ferrari represents and because of that, he will be even keener to give it his best shot.”

Montezemolo thanked the team for their efforts during 2013, which saw them slip to third in the constructors’ championship. “I want to thank all of you for the effort you have put in, even if there is disappointment at not having had the sort of season we would have wished for, especially after a positive start, that we all hoped would continue,” he said.

“In part, that was definitely down to some external factors, but it was mainly down to us not bringing the necessary updates to the track, a mistake we must not repeat.”

He gave a vote of confidence to team principal Stefano Domenicali, saying he “deserves the credit for having given it his all and it?óÔéĽÔäós thanks to his work and that of his colleagues that we are making progress with the tools and technology which will help us return to winning ways”.

“I for one am definitely sick of coming second,” Montezemolo added, “we have the ability, the competence and the spirit to return to the top step of the podium.”

The departing Felipe Massa was presented with an engine from the team’s 2008 season, when he finished runner-up in the drivers’ championship, and in returns presented Montezemolo with on of the special helmets he used for his final race in Brazil.

“It will do Felipe good to get out from Ferrari,” said Montezemolo. “He will be back with new motivation, like footballers who change teams for a while before returning to their own.”

“The doors of this company will always be open to a man and a driver of his quality. His name is linked to Ferrari I want to thank him for his contribution over the eight years he spent with us.”